WHO Eda Holmes, director WHAT Helms Raoul Bhaneja's Life, Death And The Blues, a look at the power and passion of. 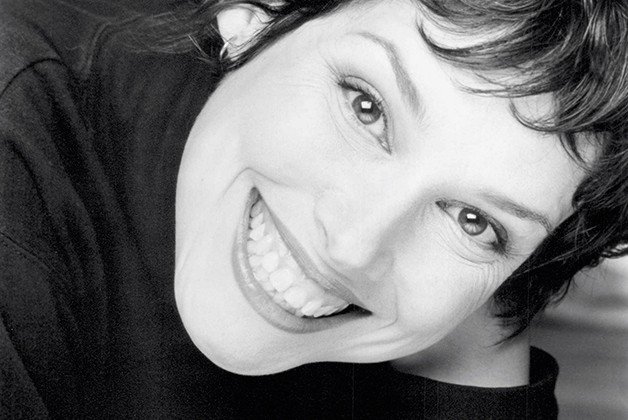 WHAT Helms Raoul Bhaneja’s Life, Death And The Blues, a look at the power and passion of that musical form (Theatre Passe Muraille, September 25 to October 19 416-504-7529), and Tom Stoppard’s Arcadia, a Shaw remount that’s part of the Mirvish season (Royal Alexandra Theatre, November 4 to December 14 416-872-1212).

WHY Since she’s been directing at the Shaw Festival, we haven’t seen much of Holmes’s work here in Toronto. She’ll bring her talent with text and movement to Bhaneja’s blend of live music and interview, and to Stoppard’s fascinating look at language, science and characters living centuries apart in an English country house.

WHY Heins has been a fine supporting player in Outside the March’s Mr. Marmalade and Vitals. The National Theatre School grad shines on his own in Brotherhood, which blends original music and physical theatre in a tale of two bros “living the Hip Hop Life.” Heins gets to show off his facility with R&B, rap, soul, funk and gospel.

WHY Having impressed audiences and critics in Atelier productions of Don Giovanni, Armide and most notably Der Freischutz, Lindsay tackles the difficult music and tricky characterization of a sorceress who bewitches men, notably the knight Ruggiero, to keep them in thrall. With her ravishing voice and dramatic skills, the soprano will win over her audience both male and female.

WHAT Writer/performer, Rebel Without A Cosmos, the new Second City revue (opening September 28 for a limited run 416-343-0011).

WHY In any Second City cast, you need a solid straight guy type – the one to play those windbag dads and blustery old-school bosses. Think Phil Hartman, Dan Aykroyd or, more recently, Kerry Griffin. Thompson finds reserves of angst, anger and just plain silliness in that archetype, whether he’s playing a legally blind lifeguard delivering an improvised water safety seminar (in his debut revue, We Can Be Heroes) or a hapless subway rider caught up in a flash mob (in the recent Sixteen Scandals). See him now in the new Second City show before some sitcom comes knocking.

WHY One of the veterans of the indie theatre scene, Miner guided two fine productions earlier this year, Ring ‘Round The Moon and Fringe hit Three Men In A Boat. She can create a sense of fun for performers and audiences alike, sure to be useful in Dahl’s tale of a young boy who fights his tyrannical aunts and travels with some magically transformed garden insects. Expect a show that’ll appeal to children as well as their parents.

WHY Once a mainstay of the local theatre scene, Ryder took a break from the stage in the early 2000s to move to Vancouver and play the kick-ass Beka Valentine in Gene Roddenberry’s Andromeda on TV. She should bring her characteristic strength, glamour and charisma to the title role, a noirish femme fatale who gets involved in a complex plot that involves gambling, war, sexual ambiguity and, of course, murder.

WHAT Performs in a pair of shows, Caryl Churchill’s The Skriker (presented by Red One Theatre and Theatre Brouhaha, October 23 to November 9), and Edward Albee’s Who’s Afraid Of Virginia Woolf (presented by Red One, December 10 to 21). Both are at the Storefront Theatre (955 Bloor West secureaseat.com).

WHY After a stunning, Dora-winning turn as Miss Julie last year, Armstrong takes on roles in a pair of contrasting plays: Churchill’s fantastic tale of an centuries-old fairy who pursues two teenage mothers, and Albee’s realistic, hard-hitting drama, playing the timid Honey, miles away from her passionate turn in the Ibsen.

WHY If you missed John Neumeier’s full-length work about Ballets Russes legend Nijinsky when the National Ballet of Canada mounted it in March 2013, you’ve got another chance. Try to see it with Cote, whose staggering interpretation of this role – part comic tragedian, conflicted queer man and mad artist – will only have deepened since. And don’t miss the return of the danseur noble’s choreography for ProArteDanze’s season, a hypnotic ensemble piece that proves he’ll have another career after he hangs up his dance shoes.

WHAT Actor/dancer in The Four Horsemen Project (Volcano, Crooked Figure Dances/Global Mechanic and Soulpepper at the Young Centre, November 6 to 22 416-866-8666)

WHY Is it theatre? Dance? Performance art? Labels are so not relevant, dude, especially when the show is as inventive and playful as this homage to the legendary Canadian sound poets of the 1970s. Nann, always a striking and spontaneous dance artist, gets to move, groove and vocalize to the poems along with Jennifer Dahl, Naoko Murakoshi and Graham McKelvie. The work made our top 10 theatre productions list in 2007. Can’t wait to see it again this fall.

WHAT Author of The Thing Between Us, which follows the relationship between two women over the course of their lives (presented by the mcguffin company at the Theatre Passe Muraille Backspace, October 2 to 19 416-504-7529).

WHY After several years of not being produced on the Toronto stage, Lawrence (bittergirl, The Catering Queen) offers a pair of shows that feature strong female characters: The Thing, with bittergirl partner Mary Francis Moore, Randi Helmers and Emily Hurson under Aaron Willis’s direction, and the Next Stage’s Piece By Piece, in January.