White Man's Indian, Theatre Centre BMO Incubator After impressing us with her funny, uber-realistic and heavy-hitting performance in Falen Johnson's. 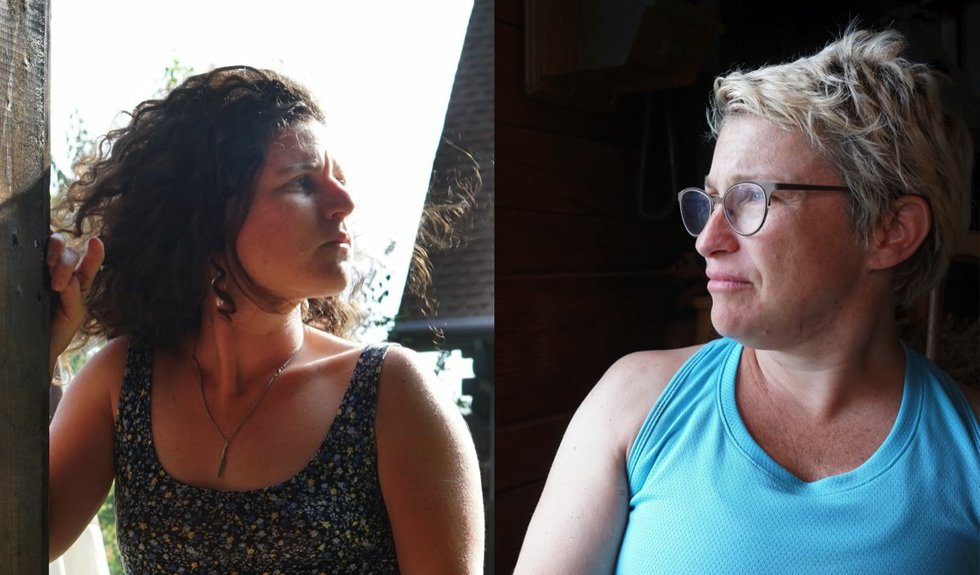 After impressing us with her funny, uber-realistic and heavy-hitting performance in Falen Johnson’s heart-rending family drama Two Indians at last year’s fest, we’re very excited to see Darla Contois‘s brand new solo comedy White Man’s Indian. Contois plays a Cree teen navigating the perils of “White Man’s high school,” which for her run the gamut from angst and awkwardness to casual and institutional racism. If Contois’s work last summer is any indication, expect a hilarious and engaging performance packed with keen observations. With dramaturgy from award-winning director and playwright Ed Roy (A Secret Life, The Other Side Of The Closet), you’re gonna want a seat in this class.

The cool and charismatic Bobby Del Rio, a former NOW SummerWorks cover subject, spends less time onstage these days and more time doing TV, film and making his web series, IRL The Series. But he returns to SummerWorks as a writer and actor in Professionally Ethnic, a script that has been around for nearly a decade but has never got a professional production – until now. The subject couldn’t be more relevant. Exploring how multiculturalism is reflected in Canadian theatre, it’s about an actor who’s given a shot at stardom if he plays up an ethnic stereotype. It’s being billed as a political satire, but expect to see lots of troubling truths exposed.

What Do You See?, Theatre Centre BMO Incubator

Hot off her standout performance at the Fringe in the exciting ensemble piece Lipstique, the electric dancer/choreographer Jasmyn Fyffe takes centre stage in What Do You See?, a 30-minute solo dance/theatre work exploring the Black female body. It’s part of a double bill with Djennie Laguerre‘s Mother Sea/Manman La Mer, a play about magic, love and redemption that draws on Haitian storytelling. Two emerging African-Canadian artists in one show? Sounds like a fantastic deal.

New at this year’s fest are site-specific smartphone-based projects that you can experience by opening the SummerWorks app in one of the three main performance spaces: The Theatre Centre, Factory Theatre and Pia Bouman. Whip out your phone at Pia Bouman and you can tap into Nocturne, a new piece from endlessly inventive playwright and director Jordan Tannahill that translates the ongoing but often overlooked phenomenon of extinction into music.

Starting with the startling stat that each and every day 200 species of plant, animal and insect vanish from the earth forever, Tannahill’s piece uses a special recording of the first 200 notes of a Chopin Nocturne as a way to comprehend this abstract number and contemplate both the moral and ecological implications of these ongoing losses.

In 2014, the Canadian theatre scene mourned the death of writer and actor Linda Griffiths (Maggie And Pierre) from breast cancer. In this new play, poet and playwright Priscila Uppal (best known for her 2013 memoir Projection: Encounters With My Runaway Mother, and its 2014 stage adaptation 6 Essential Questions) offers an imagined conversation with Griffiths (who was a close friend) during her final days, something Uppal was unable to do in real life due to her own cancer treatment. In the fantasy meeting that What Linda Said conjures, Griffiths (Tracey Hoyt) and Uppal (Kimwun Perehinec) reconnect in this missed moment and discuss the ways cancer has shaped their relationships, work and lives. Given that Uppal has won awards for compelling meditations about loss and redemption, this looks to be an super emotional experience packing both heartbreaking memories and keen insight into the livedexperience of serious illness.

Kevin Matthew Wong is one of those multi-talented theatre artists who does everything: act, create, direct, make music and produce. The artistic director of Broadleaf Theatre also has a serious interest in the environment. The company’s producing The Chemical Valley Project, about how siblings in an Indigenous community are affected by the petrochemical industry. The 30-minute show, co-written with Julia Howman, is part of an unusual double bill. It’s paired with Perfection, by magician/comedian Mark Correia. Can’t wait to see how the two seemingly different pieces work side by side. Wong has his hands full at SummerWorks: he’s also co-producing What Linda Said (see above).

Claire Burns has impressed us as a suspenseful writer (The Numbers Game) and fearless director (Human Furniture), but around town she’s probably best known for quenching the city’s thirst for indie productions as managing director of the Storefront Theatre. But now she’s back in the director’s chair, tackling the timely environmental and human rights issue of water politics in Divine, Natalie Frijia‘s new post-apocalyptic drama utilizing an all-woman cast to imagine a dystopian drought-ridden Ontario, and the dire choices people must make in the face of such an ecological catastrophe.

Erin Brubacher and Christine Brubaker share a family link that ties them to the wave of Mennonites who came to North America from Europe and settled in Pennsylvania. Two years ago, the two walked the 700 km route that their ancestors took from Pennsylvania to Waterloo. This past summer they went back to Pennsylvania for a family reunion and, during the seven-hour return car trip, they created a new performance piece which they’ll unpack at a single potluck performance. Expect lots of home truths to emerge from the pair, who are each talented in their own right.

Are We Not Horses, Factory Mainspace

Back in 2006, this Toronto indie-folk band’s epic concept record about robot horses became a surprise sleeper hit among Canadian and American rock fans and critics, scoring the outfit a U.S. record deal, praise from Pitchfork and opening tour slots for heroes Apples in Stereo and Calexico. To celebrate the 10th anniversary of the album’s U.S. release, the band – led by vocalist and novelist Chris Eaton – are coming off hiatus to bring the expansive sci-fi narrative in Are We Not Horses to life as a full-fledged musical under the guidance of Small Wooden Shoe’s Jacob Zimmer.

On its own, the prospect of seeing RPC reunite to play this odd-yet-influential record start to finish is enough to pique local rock fans, but add the question of just how Zimmer and performers Elley Ray Hennessy, Nicole Stamp and Liz Peterson will enact Eaton’s sprawling tale about sentient mechanical horses struggling to survive in a dystopian future Canada, and this one-off performance is not to be missed.