Nearly 1,500 artists in more than 175 venues? No way you can see it all. That's why, in this week's special issue and throughout May, we've picked out essential shows to keep an eye on. 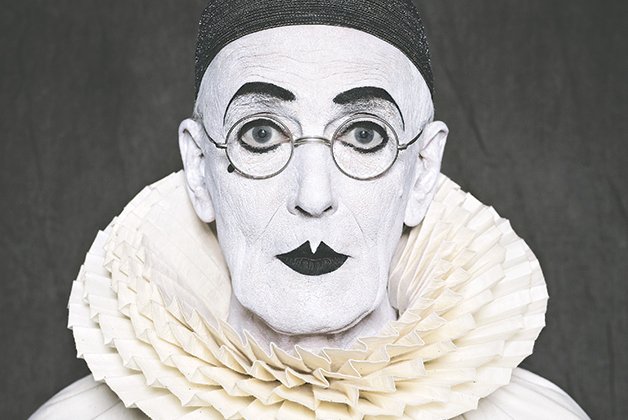 CONTACT PHOTOGRAPHY FESTIVAL May 1 to 31 Photographers from around the world, at various venues. See listings at nowtoronto.com/art and more information at scotiabankcontactphoto.com.

Arnaud Maggs, who died last fall, curated this exhibit honouring his Scotiabank Photography Award. It focuses on portraits, part of his conceptual oeuvre that also involves found objects, collections and archives. His 1980 Kunstakademie, depicting 148 German art students, and André Kertész: 144 Views are arranged in his trademark grid. The recent Dada Portraits perversely interpret figures from the early 20th-century art movement as vintage architectural drawings, and in his last series, After Nadar: Pierrot Turning, he appears as the commedia character in his characteristic mug-shot format. Maggs’s work is also in the Light My Fire portraiture group show at the AGO. FS 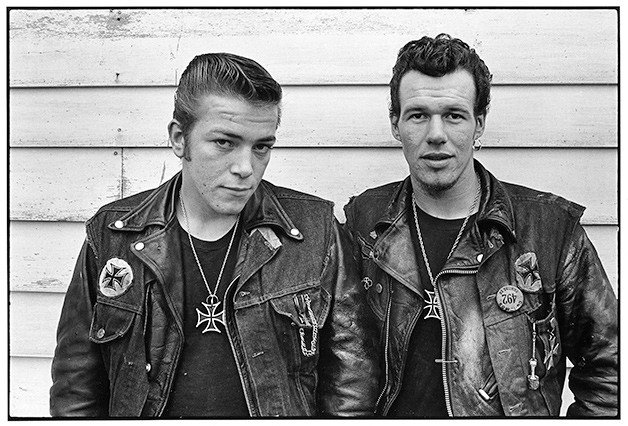 Working from the seat of his own Triumph Motorcycle, Lyon brought the relatively unknown counterculture of biker gangs into the North American mainstream when he documented the daily life of the Chicago Outlaws Motorcycle club from 1963 to 67. His 1968 book of photographs, The Bikeriders, exerted a strong influence on iconic films like Easy Rider. Equally famous for its unflinching documentation of the early civil rights movement, Lyon’s work remains an invaluable document of his contemporaries’ often rough but principled resistance to the mores and social conventions of the previous generation. DJ 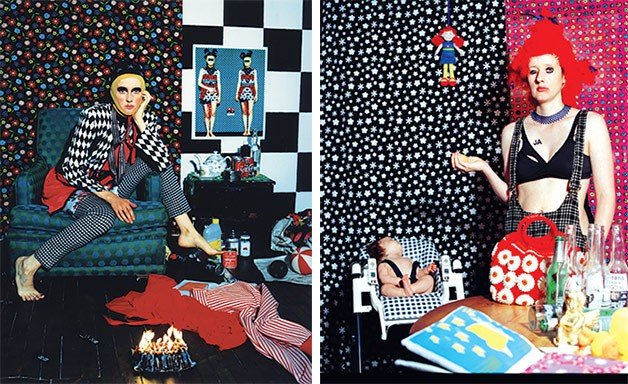 Among women who explore gender representation by photographing themselves, Janieta Eyre occupies a unique dream-state territory. She’s posed as twins or Jungian shadow figures in ambiguous scenes that can recall the Victorian era, surrealism or classical painting.

Don’t call her photos self-portraits. “Although I use my body and my environment as the kind of landscape of my pictures, my pictures aren’t me. I’m searching in them. I’m interested in the messiness of life, exploring my own humanity and everything that’s uncertain and impermanent.”

Our cover photo, The Day My Eye Laid An Egg, is part of her 2002 Motherhood series processing desperate or perturbed experiences of parenthood. Constructing Mythologies at University of Toronto Art Centre features work about gender and femininity, while 09’s The Mute Book at Katharine Mulherin focuses on divided and disappearing identity.

Working alone, Eyre starts with cut-up and resewn clothing that she says “belongs to a character I begin to search for and ultimately find at the moment the shutter releases.” She builds the backdrops in her own and friends’ homes, shooting with a self-timer.

“A photograph is just an impression of a moment, just light bouncing off an object – or me – at that time,” she says. “That’s what fascinates me about photography: there’s nothing really substantial about it. I was interested in spirit photography for that reason, and in the whole magic function of the camera. It can record this moment that is so vivid, yet there’s nothing around it, just this piece in the middle of the story. It’s just the moment of mystery.” FS 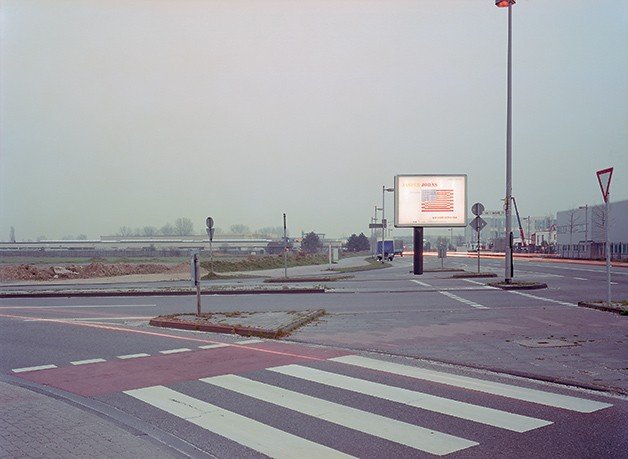 Along The Way: The Useful Landscape, Regenberg’s study of large advertising billboards, which he has shot since the 70, conveys shifting urban landscapes that are saturated with subtle tension. These images, by an artist originally trained as an advertising photographer, track the disquieting contrast between seductively iconographic billboards and their surroundings. Something about the finely muscled torso of an underwear model set against the desert of a new freeway intersection speaks poetically to the contradictions and paradoxes inherent in late capitalism. DJ 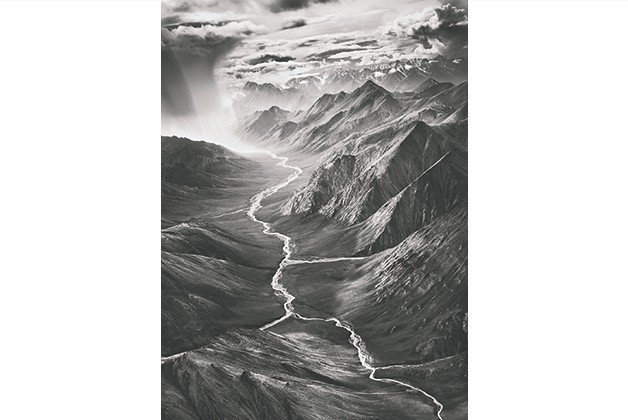 For his massive Genesis project, Paris-based Brazilian photojournalist Salgado travelled the world to offer hope for the planet by shooting spectacular, dramatic black-and-white images of remote, pristine landscapes – from the Kalahari and Patagonia to the Yukon – and their inhabitants. Work from Genesis hangs at the ROM. Along with more photos from the Genesis series, his solo show at Nicholas Metivier includes images from his earlier series Workers, depicting manual labour worldwide, and Migrations, about immigrants, refugees and economic inequality. FS 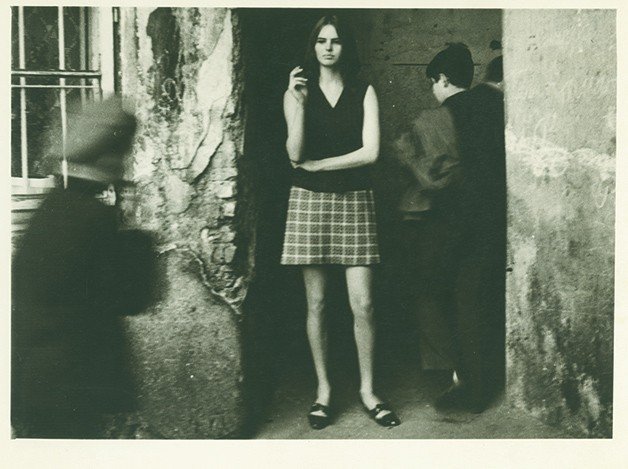 This Lithuanian artist captured street and artistic life throughout the Soviet bloc from the 60s to 80s and made haunting collaged images with old found photographs. Often persecuted by the authorities, he shot the photos in this show, The Hard Way, in the Vilnius market shortly before his death in 1987. (He committed suicide at 43 after murdering a suspected KGB agent who was hounding him.) His candid, in-your-face black-and-white images reflect his manic energy and celebrate a wild, joyful spirit of resistance to repressive Communist society. FS 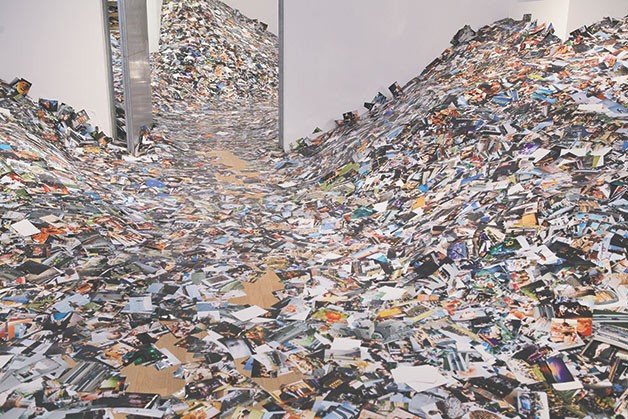 Kessels, of Amsterdam advertising agency KesselsKramer, has been at the bleeding edge of new media, advertising and storytelling for two decades. He recently downloaded all the Flickr images uploaded by amateur photographers in one 24-hour period (about a million images), printed a random selection of 350,000 of them and, in this installation, has jammed them into a single room. The resulting overwhelming heap of photos demonstrates that when it comes to media, we are all level-4 hoarders. 24hrs In Photography may be a mere cross-section, but it’s enough to bury a large family. Walk on these images, sort through them, pick a few up and take them home. DJ

Though at first glance they appear to be candid shots of landscapes, often in northern Canadian locales, the images in Wright’s Penumbra show use artificial lighting to cast doubt on the “authenticity” of his nature shots. His scale is also skewed and unorthodox, his shots favouring extreme close-ups rather than panoramic vistas. The effect is deliberately disorienting. This work examines Canada’s love affair with nature photography and painting and sets essential notions of naturalism on its ear. DJ 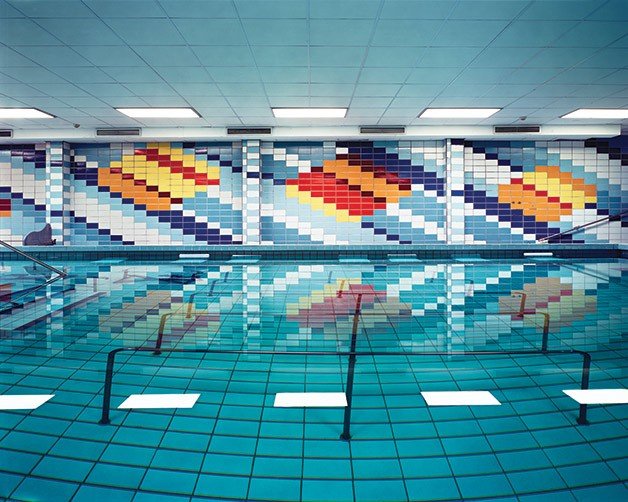 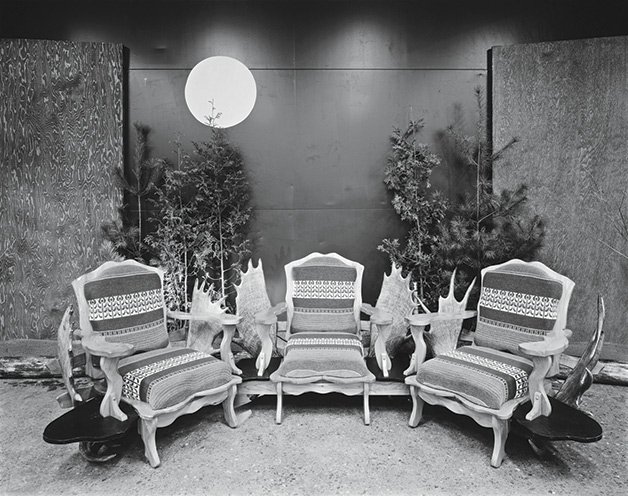 The multi-award-winning (including the Scotiabank Photography Award) American-born, Montreal-based photographer specializes in stark large-scale images of depopulated institutional interiors, from warehouses and medical offices to swimming pools and military installations. Her neat, utilitarian spaces convey a sense of the absent workers and their jobs, and strangely off-kilter details contribute to the photos’ deadpan humour. Looking Forward, Looking Back features work from her four-decade career. FS 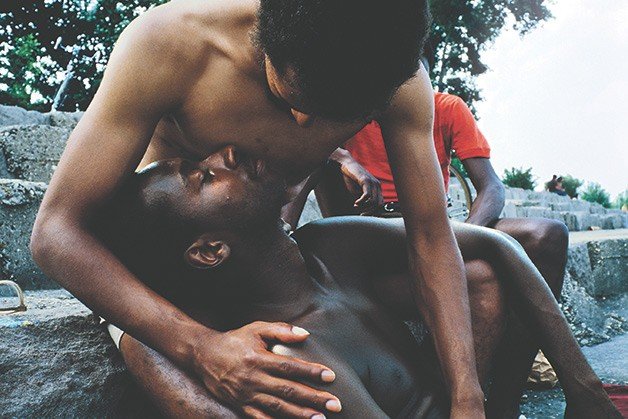 Ischar’s work spans three decades of momentous change in North American queer life. In 1985’s Marginal Waters, a series of photos of gay men lounging on a rocky beach in Chicago, the shadow of AIDS hangs over the beautiful male bodies lazing in the sun. Gallery 44’s exhibition, Undertow, also includes an Ischar video installation looking at violence and sexuality through male apparel and artifacts. Vtape screens two of his recent videos exploring queer desire in media depictions of Tarzan and wrestling. Ischar joins a panel on queer masculinity and the poetics of loss at Buddies. FS