Decorated surrealist sketch duo Briana Templeton and Gwynne Phillips (aka the Templeton Philharmonic) are back, and its About Time! Their. 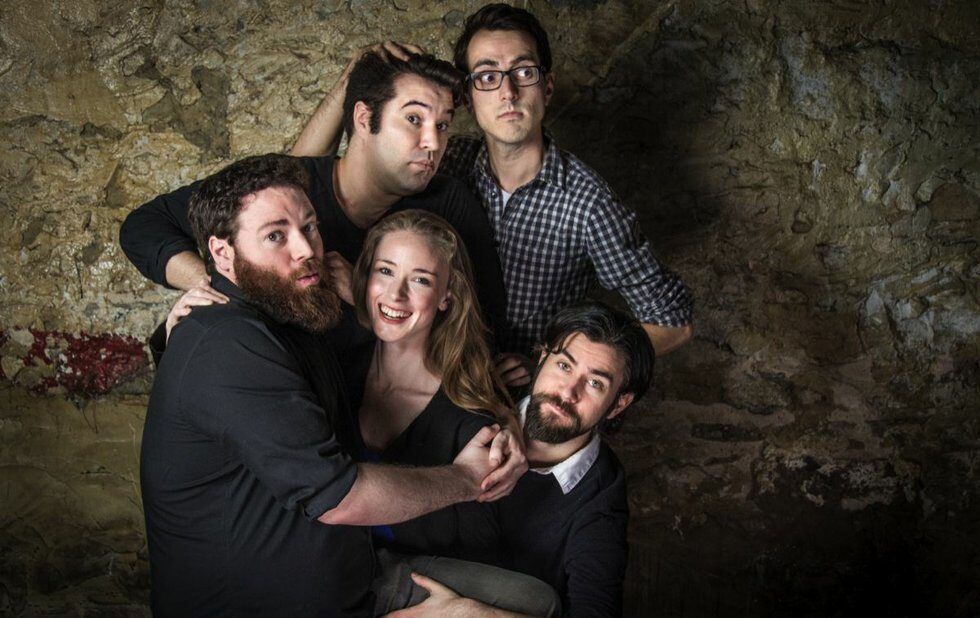 Decorated surrealist sketch duo Briana Templeton and Gwynne Phillips (aka the Templeton Philharmonic) are back, and its About Time! Their new show promises a historical journey through the ages. The exact temporal stops remain secret, but the pair have previously set their antics in the 1920s and 1970s and seem primed for more ancient and far-flung settings. Theyre celebrated for their deadpan humour, extravagant set-ups and attention to detail, as well as for CBC Radios recent The Irrelevant Show and TVs Womanish, so do your future self a favour and book tickets… in time.

From July 7 at the Tarragon Mainspace

After scooping up this years Best New Play award, Steven Elliott Jackson wisely chose multi-talented director/actor/writer/singer Taitt to direct his intense and emotional political thriller, The Seat Next To The King. Based on a real-life scandal that rocked Lyndon Johnsons 1964 presidential campaign (LBJs confidant and top aid Walter Jenkins was caught having sex with a man in a public washroom blocks from the White House, resulting in an FBI investigation led by J. Edgar Hoover), the play looks to be a fascinating exploration of race, sexuality and political power, connecting the Oval Office and the civil rights movement. Count on Taitt, whose award-winning work has focused on anti-violence, inclusiveness and social justice, to bring out fascinating layers in the two-hander.

Nguyen is best known for his comedy work he recently showcased at the Bob Curry Fellowship night at Second City, for comics from diverse backgrounds, and was featured in the NBC Break Out Comedy Festival in Chicago. Soaring In Liquid Skies blends comedy and theatre. Its about Nguyen going to Vietnam for the first time in 25 years, meeting his dying grandmother and reuniting with parents he thought he knew. With the talented Darrel Gamotin (Monday Nights, Banana Boys) directing, expect a funny and poignant solo show.

The former Canadian Idol contestant has shot to the top of the Canadian musical theatre scene, starring in We Will Rock You (in the original Toronto production and then in the returning tour), Youre A Good Man, Charlie Brown (at Stratford) and, most recently, Kinky Boots. With a rockin voice full of grit and personality, Peck should be a standout, even in the starry cast of Maddies Karaoke Birthday Party, a site-specific show about -millennials celebrating a birthday girl whos nowhere to be found. Book early: its brought to you by some of the same folks (Barbara Johnston, Suzy Wilde) behind the sold-out Fringe hit Summerland.

From July 5 at the Monarch Tavern (12 Clinton)

A couple of years ago, we saw Welsh play a harried waiter in the site-specific show Served, and wrote: If she has a day job like this, [we] hope she sticks with the acting shes a natural. Well, that work has paid off. Welsh has just become a member of the house company of Second City, and shes mounting a solo Fringe show, No Place, a personal piece about her relationship with her family. With veteran writer and director Shari Hollett (For The Record, Radio :30) at the helm, this looks like a definite winner.

The Fringe has always been a great place to try things out, to experiment and test the waters. And that seems to be what Kalilieh, a veteran actor and comic with a huge range (everything from sketch and improv to dramas like The Peace Maker and Age Of Arousal), seems to be doing with Palestineman. His solo show looks at how race, fear and anger shaped a seven-year-old Palestinian-Canadian immigrant. Listing the author of his show as MS Kalilieh (his birth name is Mahfuz Sami Khalilieh), Kalilieh says the work is obscenely autobiographical. At any rate, this seems to be a story whose time has come.

From July 5 at Tarragon Extraspace

Up-and-coming playwright and uber-intense actor Napoli first hit our radar in 2015 with her moving autobiographical show Oregano, which earned her a spot in Tarragons Playwrights Unit and an impressive string of recent acting credits, both here and on tour in the States. Hot on the heels of the Crow’s Theatre announcement that one of her plays will be part of a double bill there next season, were excited to see her alongside Jakob Ehman in Ten Creative Ways To Dispose Of Your Cremains. (Cremains is short for cremated remains.) Billed as a millennial love letter to the misfits of the Peter Pan Generation and promising zeitgeisty jokes about busted vapourizers, bedbugs and Trinity Bellwoods, Napolis newest is not to be missed.

Director Smith has presented lots of terrific solo Fringe shows, like The Burning Bush and Snug Harbor. And through her storytelling company SOULO Theatre, shes proved she knows how to get other artists to bring their most vivid stories to the stage. Her latest, The Clergy Project, sounds like the beginning of a joke: a priest, a minister and a rabbi walk into a theatre and… In this time of divided political and religious factions, a show like this seems more necessary than ever. Perhaps another incarnation can include a Muslim leader?

At last years Fringe, the upbeat and fresh-faced improv and sketch comic Miinch (Fratwurst Comedy) was one of the brilliantly twisted minds behind 5N hit sketch show Behold, The Barfly! This year hes teamed up with Caitlin Robson for the more introspective but certainly still hilarious Caitlin & Eric Are Broken Up. Born out of a chance encounter on a storytelling stage where they both offered up tales of heartbreak, Miinch and Robsons show is built around feeling gutted, utilizing the frame of a rebound hookup as licence to survey their exes and figure out the way forward.

From July 7 at Tarragon Extraspace