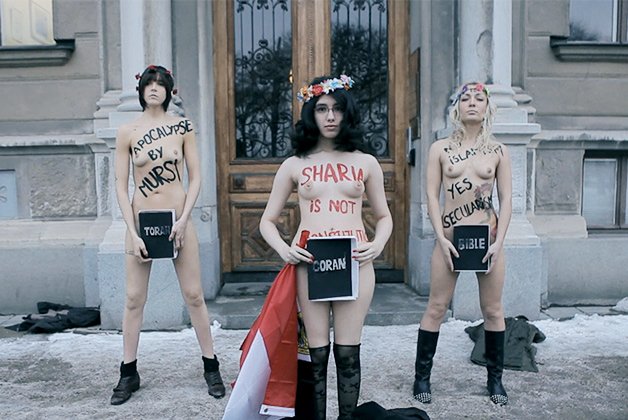 Everyday Rebellion presents the naked truth.|The Internets Own Boy brings Aaron Swartzs story to the mainstream.|Mr. Sulu shows what its like To Be Takei. 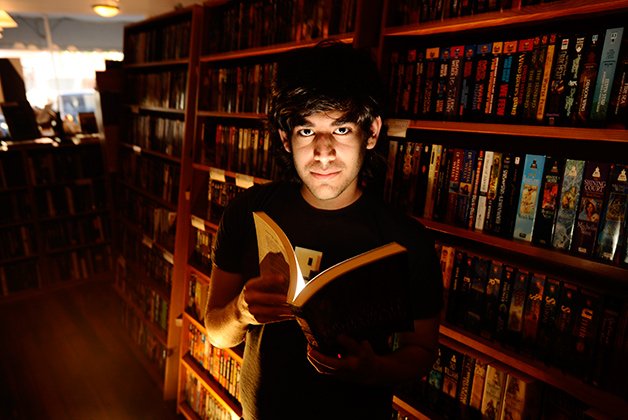 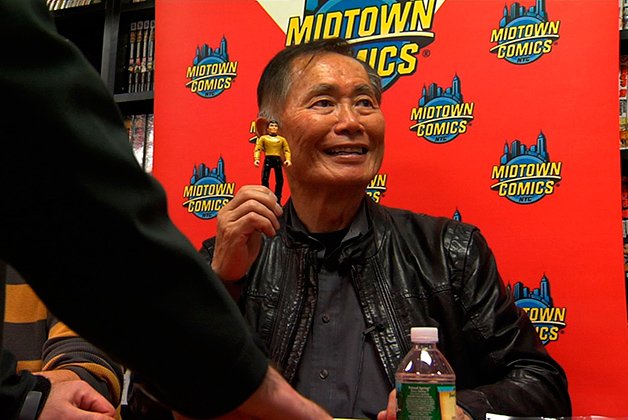 For info and tickets, see hotdocs.ca.

True to the intro of the iconic TV show that made him a household name, George Takei has boldly gone where no man has gone before. He’s an outspoken queer rights activist, a star on social media (if you don’t follow @GeorgeTakei you’re doing something wrong) and he’s candid and revealing about his childhood experience in an internment camp for Japanese-Americans. This doc chronicles the making of a musical based on that traumatic time. And you can hear his booming voice in person when he visits the fest with the film on April 26.

When he’s not fronting rock band Super Furry Animals, Gruff Rhys indulges in some charming, unapologetically strange filmmaking. In 2010’s Separado!, he examined his connection to the Welsh community of Patagonia. This project, part of Hot Docs’ Mystery, Myth & Legend program, finds him following in the footsteps of an 18th-century ancestor who came to America looking for native Americans descended from Welsh royalty. Also, because it’s a Gruff Rhys joint, we can expect music and at least one puppet.

What’s your favourite teen movie? The Breakfast Club? Mean Girls? The Alicia Silverstone (remember her?) flick that gives this doc its title? Director Charlie Lyne looks at over 200 of these films in this visual essay, which is sure to make you feel like you’re back at the cafeteria holding your tray and wondering where to sit.

A riveting procedural documenting the legal case against California’s ban on gay marriage, which went all the way to the Supreme Court. Though the two couples yearning to marry are the centrepiece of the trial, it’s lawyer Ted Olson arguing for them who’s the star – yes, the same guy who represented George Bush against the Florida recount in 2000. NOW’s Susan G. Cole moderates a panel featuring the film’s director and subjects after the April 29 screening.

When writer/producer Dan Harmon was fired from Community, the sitcom he created, he took his weekly Los Angeles cabaret show-cum-therapy session on a 20-city road trip with girlfriend Erin McGathy, old pal Jeff Bryan Davis, audience member-turned-dungeon master Spencer Crittenden and documentarian Neil Berkeley. The resulting concert film offers a look into the crisis spiral of an artist whose creative genius is matched only by his self-loathing. Given Harmon’s ferociously devoted fan base, the free Docs At Dusk screening on May 1 will play like a rock show.

Amir Bar-Lev (The Tillman Story) turns his relentless gaze on the sexual abuse scandal that rocked Penn State, where football coach Joe Paterno lost his job and his reputation for failing to take action against assistant coach and child rapist Jerry Sandusky. The film promises to pay special attention to the townspeople of State College, Pennsylvania, who show an unseemly loyalty to their heroes. Could be a fascinating meditation on fandom.

Protest just isn’t what it used to be. Arash T. Riahi travels to Spain, Syria, Iran, Ecuador and elsewhere to illustrate the ingeniously creative ways rebels are making themselves heard – always through non-violence. Political action as you’ve never seen it before.

When hydraulic fracking came to Williston, North Dakota, it brought the promise of high-paying jobs to a depressed community – and attracted thousands of hopeful applicants from all over America. Filmmaker Jesse Moss tracks the efforts of Jay Reinke, a Lutheran pastor, to shelter those who fail to find work – and the push-back from a community fearful of strangers in their midst.

The Internet’s Own Boy: The Story Of Aaron Swartz

Boy genius Aaron Swartz helped develop Reddit, Creative Commons and RSS, but he ditched Silicon Valley and a guarantee of millions to become an activist, working with the successful campaign to prevent the Stop Online Piracy Act (SOPA) and trying to provide access to supposedly public information. After the U.S. government arrested him on, among other things, charges of computer fraud (which were long outdated), the 26-year-old hanged himself. This film should help bring his inspiring but tragic story to a mass audience. A panel with author Cory Doctorow happens after the April 30 screening.

Florian Habicht’s concert movie follows Jarvis Cocker and his bandmates as they prepare to mark their 25th anniversary as Britpop royalty with a concert in their native Sheffield. Songs will be sung, stories will be told, and pies will be eaten, because the only way to fully understand Pulp is to hang out in the town that birthed the band. “Sing along with the common people” isn’t just a lyric – it’s a mission statement.