Bookstores may be going under - the Cookbook Store, the World's Biggest Bookstore and, most lamentably, Book City's Bloor West. 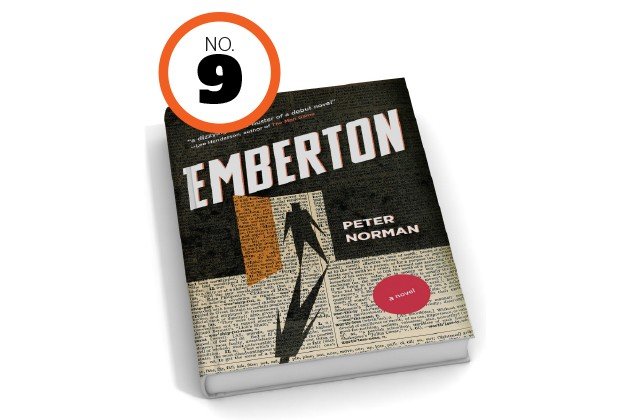 Bookstores may be going under – the Cookbook Store, the World’s Biggest Bookstore and, most lamentably, Book City’s Bloor West location – but stories are more powerful than ever. Whether you’re reading them the old-school way or on your e-reader, as PDFs or online, here are this spring’s major must-reads.

Franklin can’t stand his father, Eldon, a derelict drunk who never fulfills his commitments. But when terminally ill Eldon asks his son to take him to his final resting place, Franklin hears his story in ways that dramatically change his perspective. A Canada Reads finalist for Indian Horse, Wagamese keeps the narrative fresh, divulging key bits of information at just the right moments. He launches the novel April 3 at the Toronto Reference Library.

Tamai Kobayashi lives up to the promise of her previous story collections with a strong debut novel about eight-year-old Egg, whose family operates an ostrich farm on the Prairies and is reeling after the sudden death of their eldest child. It’s an emotionally charged story about loss and love from the point of view of a precocious young outsider. Kobayashi launches her book Thursday (March 27) at Another Story.

FIRE IN THE UNNAMEABLE COUNTRY by Ghalib Islam

Ghalib Islam takes dystopian visions to new heights in this dark tale about a man trying to uncover the secret to his country’s inner rot. The nation’s leader can read minds and record their content, a mysterious viral outbreak has broken out, and people are gambling for body parts. Islam delivers a ton of plot twists in inventive language. Hard to believe this is a debut novel. Islam appears at L’Espresso Bar Mercurio on April 4 as part of the Spur Festival.

Andre Alexis’s title refers to spiritual guidance and rural life in this story of a priest whose faith is shaken when he’s assigned to a parish in the rural outpost of Barrow, Ontario. Not only does Alexis deftly mix humour with seriousness of intent, but he succeeds at something even more unusual – hauling an old genre into the 21st century. Pastoral launches April 3 at the Garrison.

ALL MY PUNY SORROWS by Miriam Toews

Miriam Toews hasn’t grown complacent since winning the 2010 Writers’ Trust Engel/Findley Prize for her body of work. She’s deepened her craft. Her last book, Irma Voth, continued her hot streak, and her new novel goes inside a troubled family once again. In a tender tale of hope and loss, mercurial and brilliant concert pianist Elfrieda is considering suicide while her sister, who’s made just about every bad personal choice possible, tries to stop her. Toews reads at Harbourfront April 30.

MOVING FORWARD SIDEWAYS LIKE A CRAB by Shani Mootoo

Giller-shortlisted Shani Mootoo (Cereus Blooms At Night) offers a compelling tale about a Toronto author who returns to his childhood home in Trinidad to discover that his mother is now a man. Mootoo’s prose has always vividly evoked both the island and Canadian urban landscape, but it’s the poignancy of this story that makes Crab memorable. Mootoo reads May 7 at Harbourfront.

In these autobiographical works, Rae Spoon and Ivan E. Coyote – both superb storytellers and self-described “gender failures” – reveal their unsuccessful attempts to fit into society’s binary gender norms. Sometimes heartbreaking, sometime hilarious, these outlaws’ tales make a convincing argument that gender expectations fail us all. Available now. Spoon and Coyote launch the book here with a multimedia stage show at the Gladstone on April 23.

CRIMES AGAINST MY BROTHER by David Adams Richards

Three brothers make a blood bond they swear they’ll never break after being left in a forest by adults who should know better. The boys are implicated in a terrible accident, and when they part ways as adults it looks like their bond will break. But those ties are stronger than they think – not necessarily in good ways – in this powerful story from the Giller-winning novelist. Richards reads May 21 at Harbourfront.

Lance Blunt has never learned to read and hopes that someone at Emberton Dictionary – where he’s interviewing for a job – can teach him. But things are weird at Emberton Tower. What sinister project is the owner working on? Why do executives keep vanishing from their offices? And what’s up with the hot – and very mysterious – etymologist? Language itself is at stake in this ingenious puzzle book. Available now.

The second instalment of Bozak’s border trilogy follows Honey. She hasn’t seen her mother in years and, when she finally decides to visit, can’t find her anywhere. Chavez, a human trafficker, supposedly has the answer and takes her on a very risky journey. As they travel through the southwestern desert, the tension mounts. Bozak reads May 21 at Harbourfront.