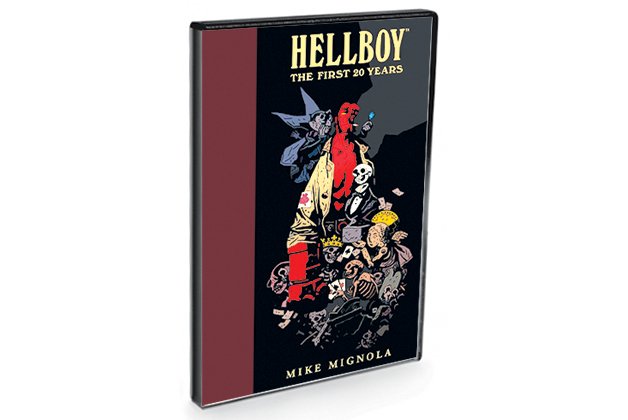 These two animated Hellboy features are strictly for fans of the hero. The rest of us are likely to find the animation stiff and the characters thin. The stories are good, though. Hellboy creator Mike Mignola has a real knack for plunging his cast into one horribly dire peril after another.

Hellboy (voiced by Ron Perlman) is a demon raised among humans working for a secret government department that battles supernatural incursions.

In Sword Of Storms, this involves the unleashing of Storm Demons via a magic sword. Hellboy’s yanked through time to feudal Japan to deal with ghosts, a spider woman, snake women, carnivorous flying heads, turtle demons and more, while his buddies – pyrokinetic Liz (Selma Blair) and water-breather Abe (Doug Jones) – battle a dragon in the present.

Blood And Iron gets even more hectic, with a goddess, a vampire queen, a faithless priest, witches, harpies, giant snakes and ghosts galore.

Like the visuals, the voice acting is no more than adequate, the leads having little to express but a world-weary crankiness in the face of every new setback. It’s funny at first, but that wears off fast.

Comics collectors will like the only extra feature, a 24-page comic written and drawn by Mignola.