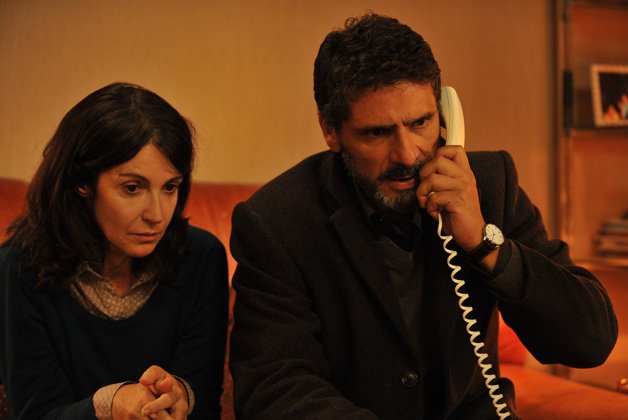 24 Days is not a strong festival opener.

This year’s opener is a slick policier based on the 2006 case of Ilan Halimi, a young Parisian abducted in Paris by an international gang specializing in ransoming Jewish victims. Director Alexandre Arcady, who also co-wrote and co-produced, is less interested in the specifics of the case (and the vile motivations of Ilan’s kidnappers) than in packaging the story as a pulse-pounding thriller.

The script is based on a book written by Ilan’s mother, Ruth Halimi, which might explain why Ilan ceases to exist as a character once he’s taken. But it doesn’t justify 24 Days’ odd indifference to its own themes, or its failure to allow its talented leads (Zabou Breitman and Pascal Elbé as Ilan’s parents, and Jacques Gamblin and Sylvie Testud as the police specialists to whom they turn) to do more than look worried or shout at one another.