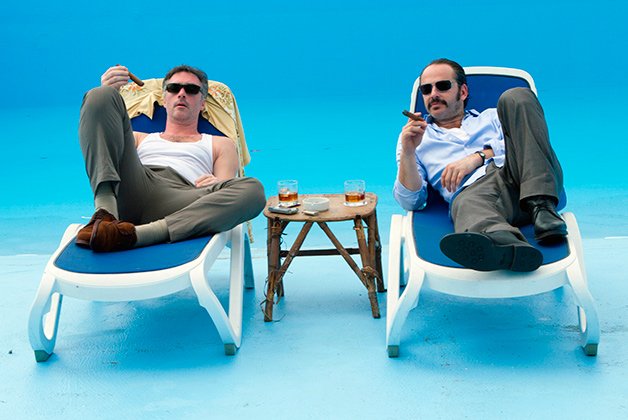 Greg Wise (left) and Gil Bellows star in the less than thrilling 3 Days In Havana.

Like a rum punch without the rum, 3 Days In Havana is a wrong-man thriller without the ingredients to thrill.

Canadian actors Gil Bellows and Tony Pantages co-wrote and -directed this slapped-together caper about insurance exec Jack Petty (Bellows), who travels to Havana for a conference but ends up sipping the wrong mojito. Jack chances upon ominous travel writer Harry Smith (Greg Wise), a man who you will immediately guess is more likely to contribute to the demand for obituaries.

Wise relishes his role as the mischievous instigator who gets Jack embroiled in an assassination plot against international gunrunners. All the other actors fail to shake the numbness of their stock characters and the predictability of what comes next.

Not even the reliably comic Don McKellar does anything worthwhile with his two scenes playing a French-speaking underworld caricature who, it turns out, is of absolutely no consequence to the story.

Either the purpose of McKellar’s character was scribbled out (the script certainly feels like it was written on the fly) or his performance is perfectly of a piece with a film that’s just a waste of time.