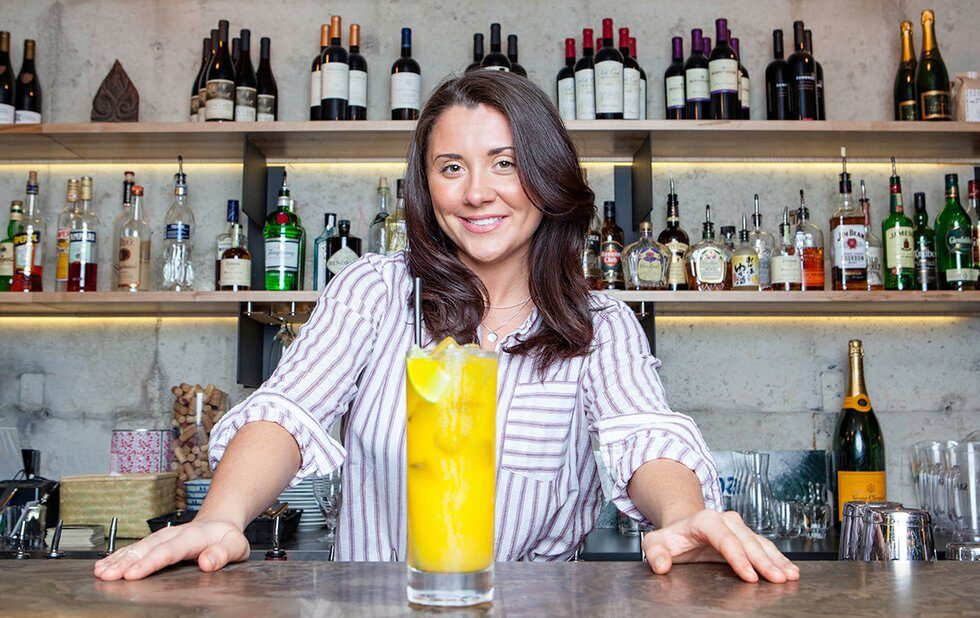 Summer’s here, so we challenged bartenders at three of our favourite Toronto hangouts to create original gin cocktails inspired by the season. Equipped with a bottle of No. 3 London Dry Gin, Sabai Sabai’s Alyssa Jefferson, Ki Modern’s Katrina Matthews and Her Majesty’s Pleasure’s John Creaner put a unique spin on familiar flavours and aromas like turmeric, lavender and citrus.

Each drink can be simplified with ingredients you have on hand – but try these cocktails as crafted by the pros. They’re packed with flavour but not overly difficult to make.

The process behind creating Row 3 at Sabai Sabai grew out of the restaurant’s collaborative approach to dreaming up new recipes. “We’ve got so many bartenders on staff who have so much cocktail knowledge and so much passion,” says manager Alyssa Jefferson. “So we choose a day – like Sunday afternoons – and we say to the bartenders, ‘You have free rein to the bar and all of its ingredients. Go ahead and show us what you’ve got.’”

A number of the drinks developed during these creative incubation days will go on the featured list for customers to enjoy. For the Row 3 cocktail, Sabai Sabai co-owner Jason Jiang suggested turmeric as a starting place.

“All of our cocktails use our house-made lemongrass syrup,” Jefferson says. “When adding turmeric, which is not an overly acidic root, you can balance the lack of acidity with a sweetener.”

Developing a familiarity with spirits over a period of years can provide a lot of knowledge for bartenders, as they learn how to best use flavours and aromas like citrus peel and botanicals.

For those who want to try mixing Row 3 on their own, Jefferson suggests focusing on the turmeric. “It’s really just getting that turmeric pressed, because that’s where you get that complexity and flavour.” Most of the other ingredients can be obtained from the LCBO, grocery stores or simplified using what you have on hand. 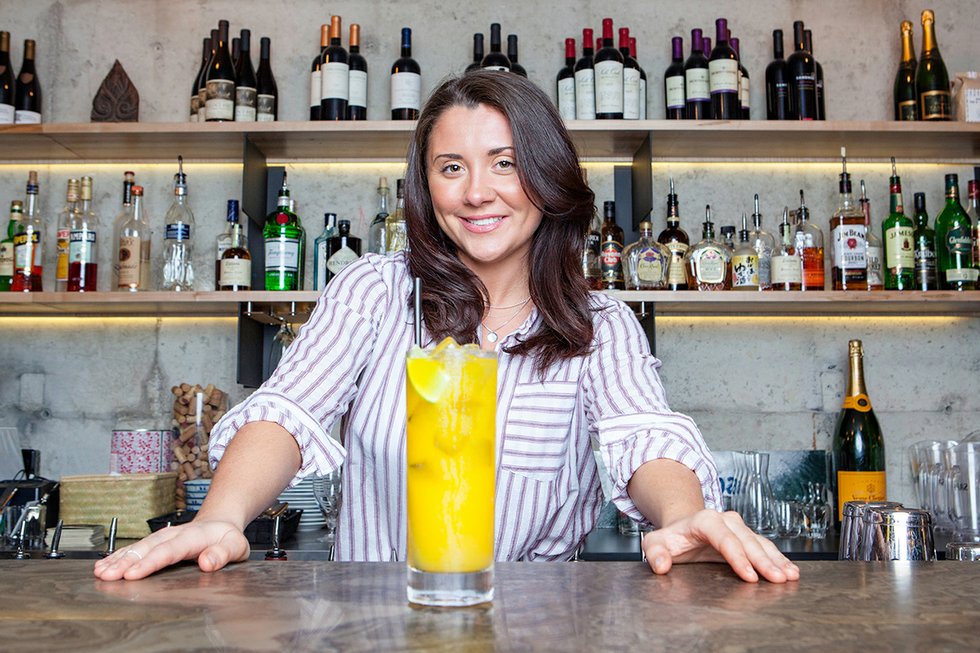 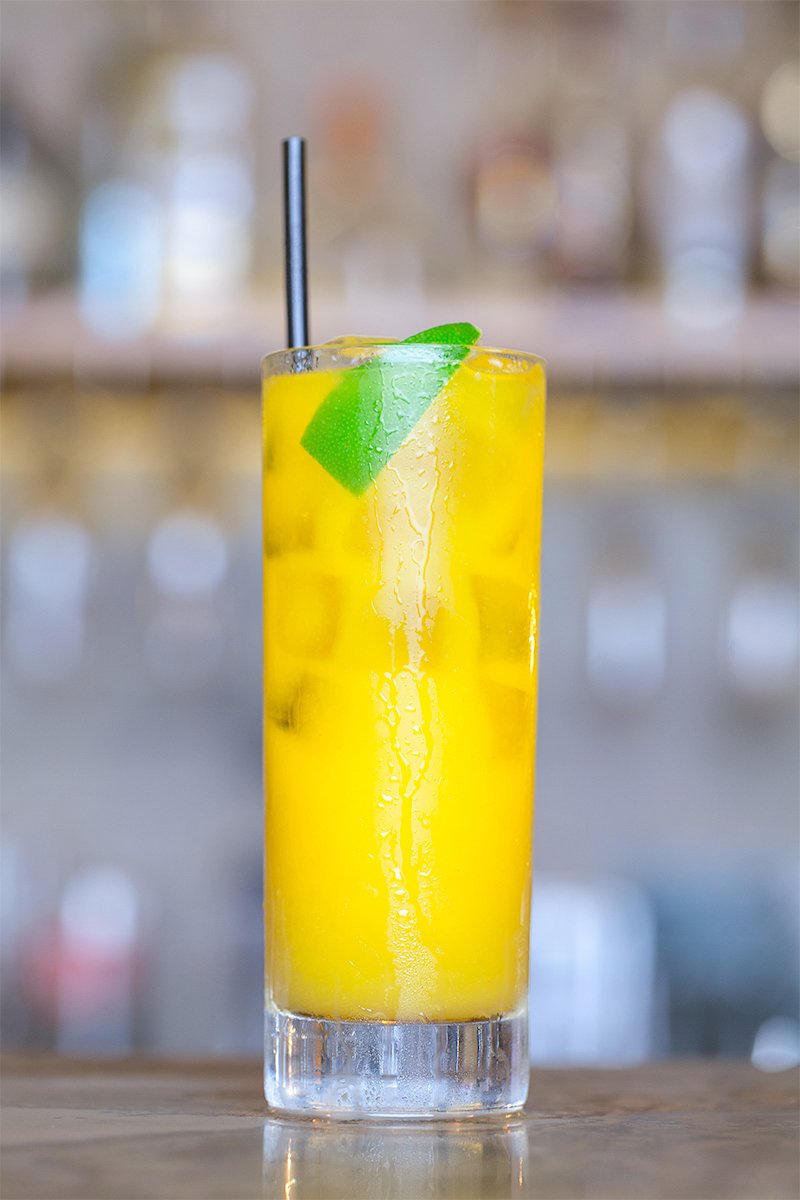 Bartender Katrina Matthews knows what her customers crave at Ki Modern Japanese + Bar. “It’s mostly a business crowd,” she says. “We’ve seen the whole Mad Men-wave of people ordering old fashioneds, and now people are looking for something a little bit different but also something they can recognize as familiar on the menu.”

Most of the cocktails at Ki include ingredients that are either sourced from Japan or are Japanese-inspired, but Ichigo is playfully sophisticated, too. “It’s an adult version of Fruitopia,” she jokes. “It has a sweetness that’s balanced through the peppercorns and the coconut water, which also gives it a nice texture.”

The primary Japanese ingredient in this cocktail is yuzu, an aromatic citrus fruit. “Compared to a typical North American lemon, it’s way more tart and acidic, so you can only use a little bit of it,” says Matthews.

The beauty of this recipe is there’s nothing intimidating about it. “You can throw the gin in, you can smash the peppercorns and, other than sourcing a couple of the ingredients, it is really easy to make and multiply for a party atmosphere in a punch or cocktail.” But make sure not to skip one thing: “Remember to double-strain. We didn’t want the texture of the peppercorns to come out in the cocktail – just the heat and the flavour of them.” 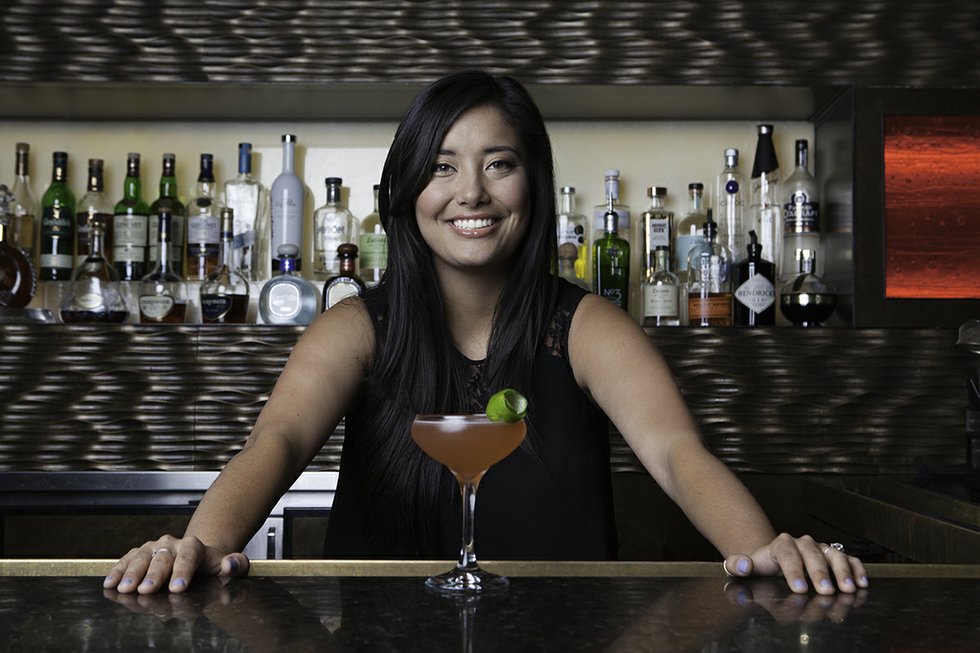 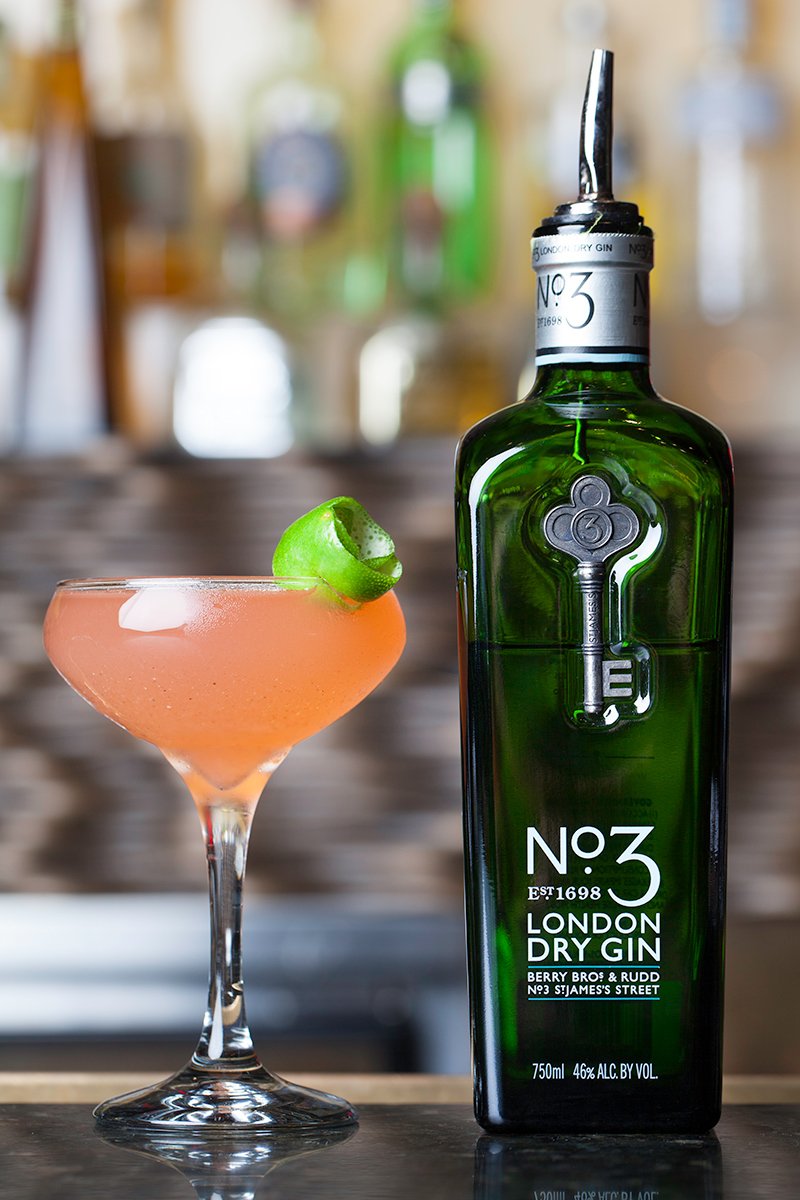 The Royal Treatment by Her Majesty’s Pleasure‘s John Creaner

“We have a few different spa treatments, and one of the challenges we’ve had is creating a cocktail to match The Royal Treatment,” says bartender John Creaner. He’s referring to a spa package at Her Majesty’s Pleasure that includes a range of the on-hand beauty services.

Earthy, flavourful No. 3 London Dry Gin was a promising starting off point: gin-based drinks are also the favourite of Her Majesty’s Pleasure customers, says co-owner Jeffrey Armstrong. “We feel that our female clientele enjoys the floral and citrus notes and it goes so well with tea-based syrups.”

To create a unique cocktail of your own, Creaner suggests going one of two ways: either focus on the spirit and find ways to complement it, or consider the final impression you want to achieve with the drink and find the right flavours to get you there. “It really depends on what you’re aiming for,” he says.

Armstrong describes the taste of The Royal Treatment cocktail as a “purifying and calming concoction,” adding that it’s also a photo-worthy complement to a day at the spa. 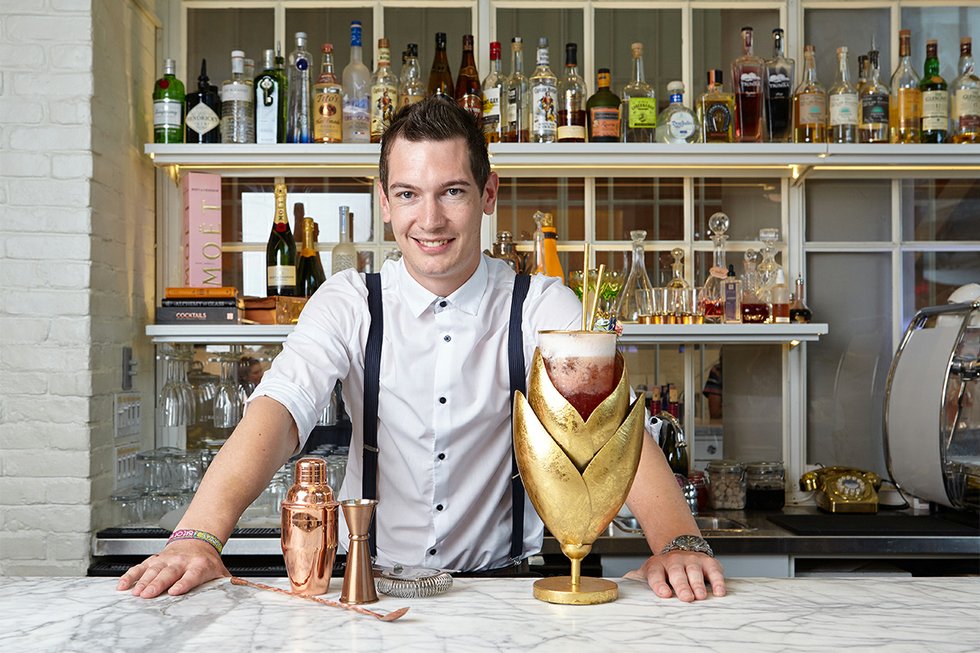 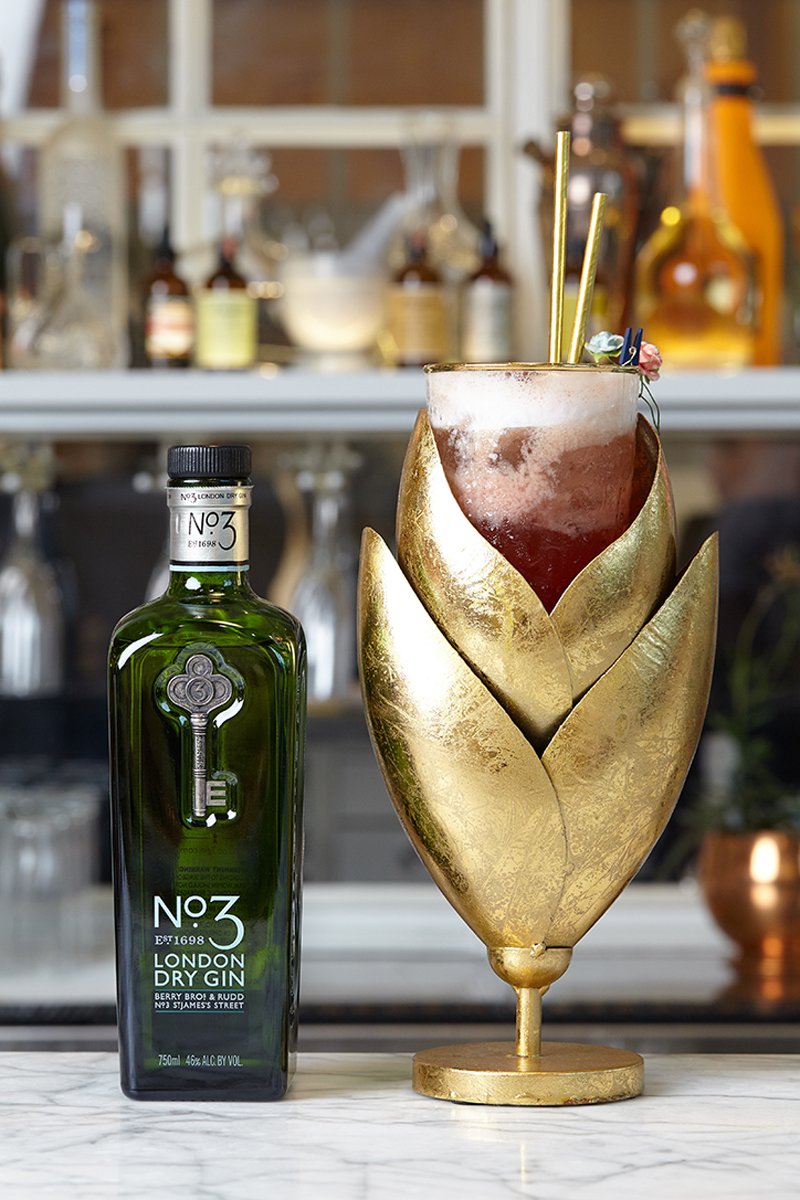 Visit the What to Drink NOW Digital Residency to discover the best of Charton Hobbs brands like No. 3 London Dry Gin plus event listings, NOW features and a chance to win a trip to Chile!