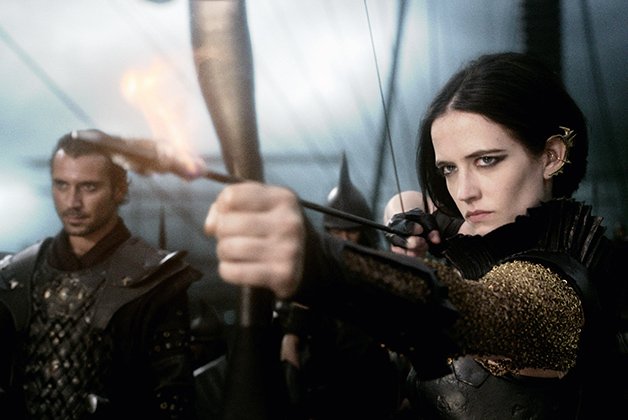 If you liked 300, you will probably like 300: Rise Of An Empire. It’s got all the posturing, preening and start-stop carnage that Zack Snyder brought to his 2006 adaptation of Frank Miller’s fantastical graphic-novel retelling of the Battle of Thermopylae, further amped up by the technological advances in digital 3D filmmaking.

Did you enjoy watching Gerard Butler’s Spartan monarch Leonidas ramp up his legion of bare-chested manly men by shouting about valour and honour against a CG background? Well, that guy’s dead, but here’s veteran Athenian warrior Themistokles (Australian actor Sullivan Stapleton) trying to rally the five nation-states of Greece to come together and face the Persian army as it passes through Thermopylae and moves towards Athens.

Did you like the spectacle of the golden Persian god-king leading his army of monsters into battle? Well, he does that again, and there’s even a little flashback to his mystical origin story, if you like that sort of thing. (At least returning actor Rodrigo Santoro gets to look like his normal self for a couple of minutes, so people can connect the bass-voiced megalomaniac Xerxes to Paolo from Lost.)

Oh, but did the first film’s rampant homoeroticism make you uncomfortable in your bathing-suit areas? The sequel – written and produced by Snyder, who handed off the directorial reins to Noam Murro – plays down the brotherhood-amongst-sweaty-jocks angle amongst Themistokles’s comrades.

Rise Of An Empire turns up the hetero swagger we’re barely five minutes in before one senator tells another to “shut your cock-hole.” Casino Royale’s Eva Green plays Xerxes’s general Artemisia, who has a preference for slinking about in corset-like breastplates and weird leather skirts.

As before, most of the picture is taken up with bare-chested Greek warriors leaping about to and fro, stabbing their rivals in the face and chest. But this time the action sequences seem straight out of videogame narratives, with the camera following one centred character through a battlefield, his trajectory changing suddenly and sharply as if someone had thumbed a controller. The spastic Athenian boogaloo of Rise Of An Empire is like watching someone play a war game while constantly shouting “Did you see that awesome hit, bro?”

It’s occasionally amusing to watch the cast struggle to emote through all the flexing. Stapleton, who’s a decent action hero on the TV series Strike Back, seems to be having some fun in his hyperviolent sex scene with Green and returning actors Lena Headey and David Wenham have a moment midway through the film in which they are so self-serious that I’d swear they were trying to crack each other up.

I can understand the impulse. I’d have done anything to break the monotony, too.