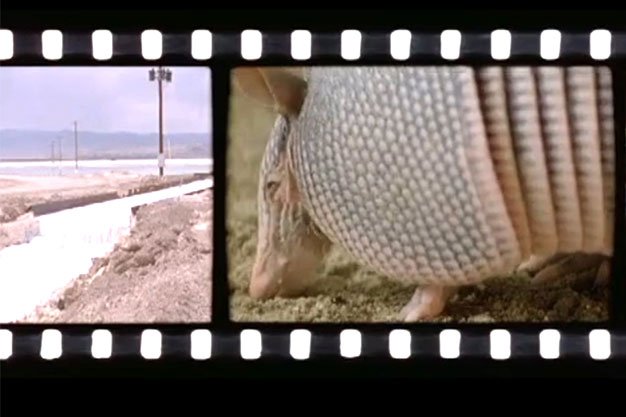 TIFF gives its exhibition space over to the increasingly anachronistic medium of 35mm film. Film’s lustrous vibrancy, depth and visual texture remind us that digital’s relentless clarity has come at the cost of much poetry and meditative grandeur.

Christian Giroux and Daniel Young, who won the Sobey Art Award in 2011, juxtapose images of nearly every Berlin building built in 1983 with buildings from 2012 as a means of probing the politics and culture of those three decades.

It is an exhaustively thorough achievement simply in terms of its scale, and 1983 is an interesting choice given that Berlin was not to be reunited for another seven years. The buildings, handsomely centred in every shot, look both prim and oddly displaced. They make you wonder: can shifts in ideology be felt through architecture?

An 460-metre spiral carved into the bed of the lake by cranes in 1970, Spiral Jetty is itself a meditation on the immen-sity of geologic time, the spi-ral being our most ancient cosmological symbol for eternity.

Somehow, in 26 minutes, she makes notions of eternity and fragile humanity palpable, using the magnificent Utah landscape as a canvas.