NOW MagazineNewsThousands light up across Canada to protest pot arrests: 4/20 2017

Thousands light up across Canada to protest pot arrests: 4/20 2017 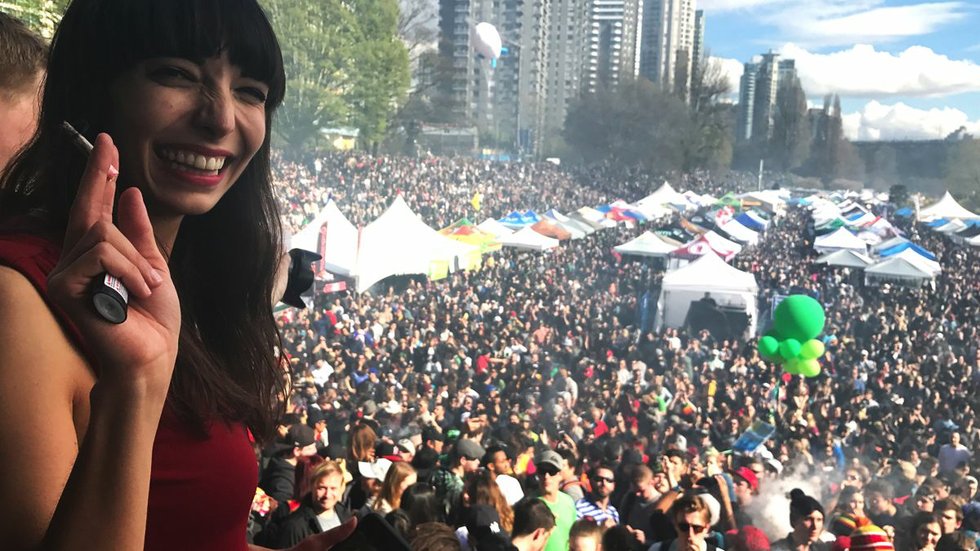 Cannabis-lovers lit up by the thousands at 4/20 protests across Canada on April 20.

The marijuana rallies were a huge success at Yonge-Dundas Square in Toronto, Sunset Beach in Vancouver and Parliament Hill in Ottawa.

Vancouver celebrated its 23rd annual 4/20 with over 400 cannabis vendors, activist speakers and musical performances by Raekwon The Chef of Wu-Tang Clan and Son Doobie of Funkdoobiest.

The day-long 4/20 protest rally was invented in Vancouver by activists working for Prince of Pot Marc Emery and has now become popular across North America.

Toronto’s 4/20 returned to Yonge-Dundas Square for its final year at that venue. It’s expanded so much over the years that it will be moving to Nathan Phillips Square in 2018 to accommodate a larger crowd.

Ottawa’s cannabis community met on the steps of Parliament Hill again this year to celebrate the plant they love and protest Justin Trudeau’s continued war on cannabis users.

Although the Prime Minister has promised to legalize marijuana, arrests continue across the country.

Trudeau also said he plans to increase the enforcement of criminal laws against cannabis for people who play outside the government’s new legal system.

Check out our Pot TV 4/20 playlist with videos from Toronto, Vancouver and Ottawa.