The Ottawa crew's Bear Witness offers up some surprises 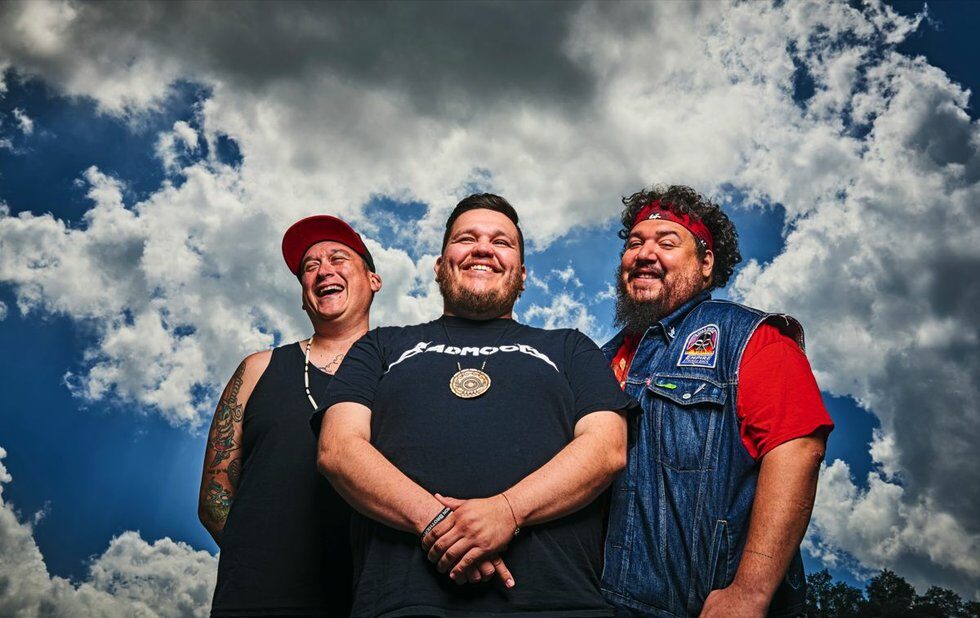 If there was one album the world needed in 2016, it was A Tribe Called Red’s We Are The Halluci Nation (Pirates Blend).

We reached Bear Witness during a tour stop in Kelowna to find out what music helped shape We Are the Halluci Nation.

I’ll start with Saul Williams, since we’re on tour with him at the moment and I’ve been really excited about his album for a while. It’s a concept album, and that’s something I’ve missed. It’s definitely something we were working toward with our album. For the last 15 or so years, albums have really gone out the window. Nobody listens to whole albums any more. You make your playlists and listen to the singles.

This one is about a guy who builds this whole communications system out of garbage from North America, but he’s also in a country that’s now being used for its minerals, which are of value and important to the production of all the junk. An album with a storyline and concept that makes you listen to all of it is exciting. A song called The Bear was already my favourite before I looked at the title.

A huge influence for me was the Goats. Their first album really drove me to make our concept album. It’s what I played everybody in the group when I was like, “Okay, this is my favourite concept album.” That one blew my mind in high school because they were rapping about Indians on it. They had lines like, “Columbus killed more Indians than Hitler killed Jews / But on his birthday you get sales on shoes.” They use Leonard Peltier as a character in the freak show, and they’re playing Ten Little Indians in the background. So these things blew my mind in high school, just to be included. In a lot of ways, our album was paying homage to this one.

I’ve been talking a lot this year about Palmistry. I love that he uses dancehall but it’s not dancehall. He doesn’t try to be dancehall – it’s almost the jumping off point for his music. That was another thing I played a lot in the studio. Like, “Okay, this is someplace to go.” Not that we made any particular beats like the ones he had, but the idea of loosening up our sound and not being too dogmatic about it and trying to go other places. We have a lot of songs on this album that use elements of dance music, but I wouldn’t call them dance songs.

There is always a discussion around which album is the best, but my favourite is King For A Day, Fool For A Lifetime. That is one of the few records I call perfect. The new record [Sol Invictus] has been getting lots of play, too. We started off our tour last summer seeing them in San Francisco, which was a bit of a dream come true because I missed them as a teenager.

We would not be doing what we’re doing today without Buffy. For my generation, a lot of people go right to Sesame Street. She wasn’t on Sesame Street as an Indian. She was just Buffy on Sesame Street. It was just that feeling as a child of being included in the general conversation in a very natural way. It was so important and made such a huge impression on my generation of Indigenous kids. It’s that feeling of being normalized when you feel outside all of the time. I wouldn’t mind remixing Sing Your Own Song. It’s a powerful song that rocks me in the gut.