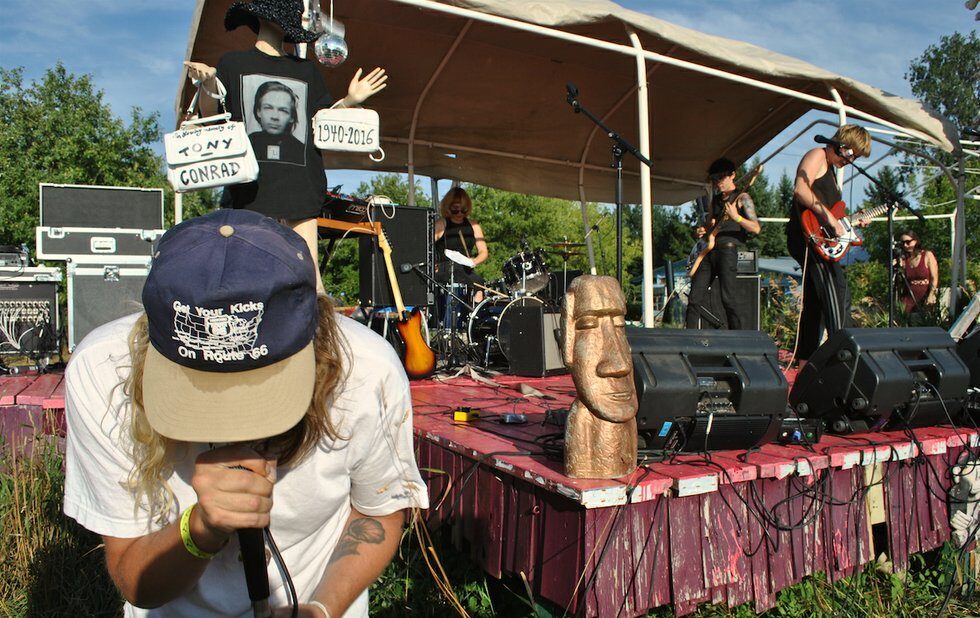 HSY at Electric Eclectics festival in 2016. 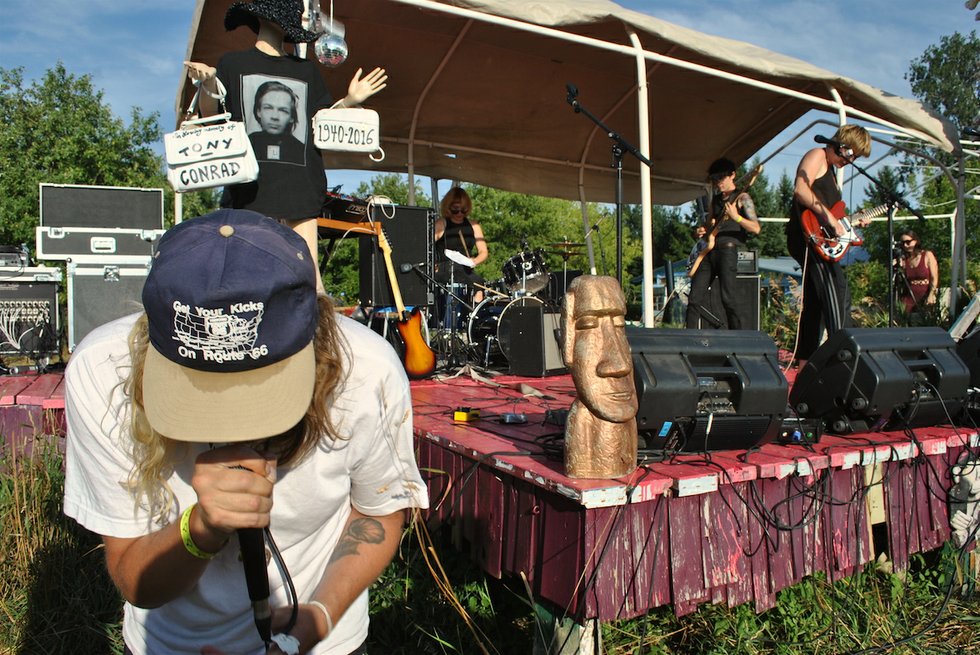 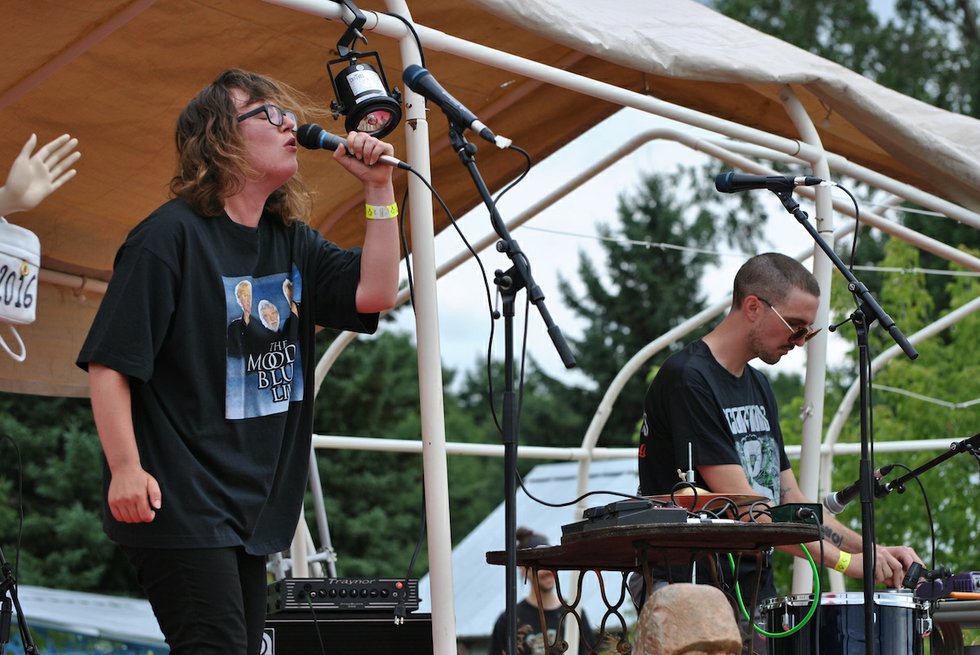 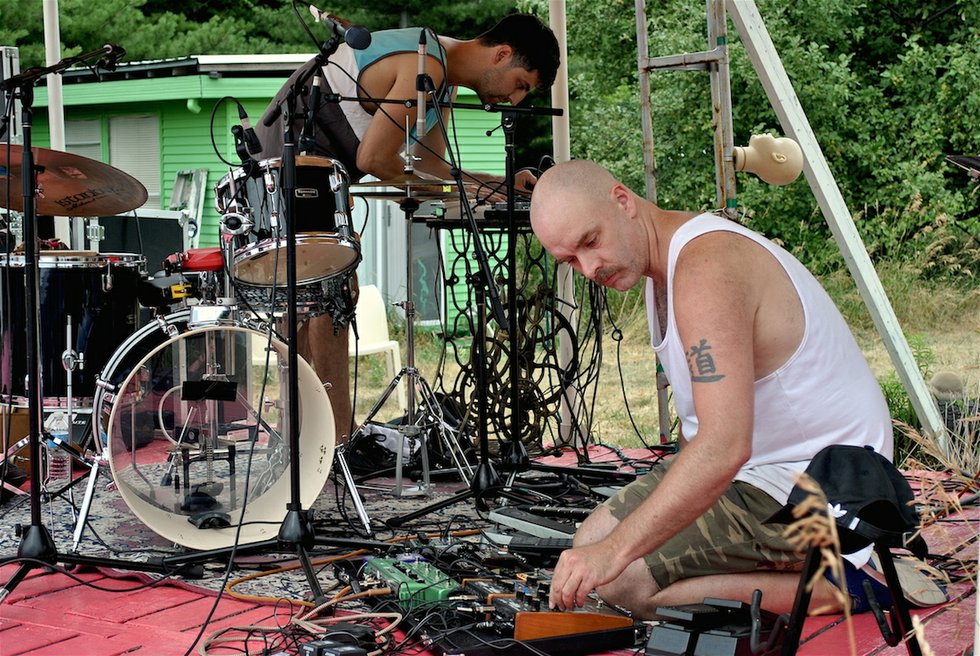 For the past 10 years, sound/art luminaries Gordon Monahan and Laura Kikauka have welcomed attendees to their “funny farm” overlooking the picturesque Big Head Valley near Meaford, Ontario. Co-director Chris Worden assembles the lineup of experimental musicians and visual artists, with previous alumni having included Mykki Blanco, Silver Apples, Juliana Barwick and the late Tony Conrad (memorialized in 2016 with a mannequin onstage).

With a true spirit of discovery, festivalgoers ride the waves between genres and mediums even if the artists’ names are unfamiliar. Night one set the tone for this year’s event with the fragile neo-folk of Anamai, Castle If’s synthesized space-pop, robotic noise from Hexzuul and Mandelbrut and a literal robot equipped with a wind-powered skeleton accompanying Detroit’s Apetech and Cotton Museum.

Unlike other tediously dude-heavy festivals, women stormed the stage at EE, with 15/23 female-fronted or female-identifying musical performances. From headliners Jennifer Castle and Lydia Lunch to the stone cold shredding of Ice Cream, Doom Tickler’s gremlin growls, and Xuan Ye’s microphone agitations, there was no shortage of captivating moments. Self-described “black trans witch,” Ah Mer Ah Su confronted this issue from another angle with her song Meg Ryan and its lyrics “I’m a white woman / I can do whatever I want.”

For anyone who can commit in February to going to the festival, EE offers a limited number of early bird passes at $60 for all three days and nights. This is matched with the affordable prices of on-site food vendors ($5 for two samosas, or $4 for massive bags of fried potato chips). Of course, the festival’s BYOB rule may be the most tantalizing selling point of all.

Over this 72-hour escape from the city, the campsites’ close quarters ensure that the responsibilities of a communal experience fall on all attendees. No aggressive security guards or strongly worded signs can be found at EE. Instead, artist Vanessa Rieger is on hand with the watchful party patrol of her Nightlifeguard project, providing water bottles and warding off bad vibes. Staff members, artists and audience members (ranging from children to retirees, any of whom may be seen in costume) treat each other with mutual respect.

After the main stage performances end, nightcrawlers stroll down a lit path into a forest tent filled with fog machines, laser lights and a bumping sound system. This year’s EE welcomed DJ sets from turntablist Maria Chavez, eerie electronic thumps from Absolutely Free and rare Italo disco cuts from the crates of Julia Dickens and Brad Mcouat. Without the risks of a club or unofficial after-party, the festival creates a fun, safe experience for anyone who wants to keep rolling past 4 am.