No need to worry, we are told, because “You’re richer than you think.” But for most young people economic malaise is all we have known all our adult life. 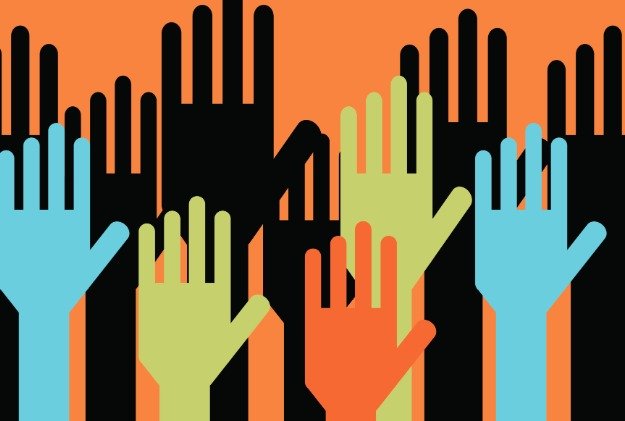 If you are 18-35 and planning not to vote October 19, give me five minutes and I’ll give you five reasons why the stakes are higher than they’ve ever been for young Canadians.

1. For most of us, economic malaise is all we have known our adult life.

Of all the issues that matter to young Canadians, affordability tops the list. Despite these real and hard-felt economic consequences, we ourselves have failed to fully comprehend the financial squeeze we face. Spending a growing percentage of our income on housing, putting little to no money into savings, racking up tens of thousands of dollars in student debt, and creeping further into personal debt have become the norm. But no need to worry, we are told, because “You’re richer than you think.”

Some facts to consider: youth unemployment is13.1 per cent – double the national average average student debt is $27,000 household debt is at record levels.

2. The environmental values and ideals we were taught in school no longer apply.

For those who attended school in the 1990s and 2000s, the value and importance of nature, conservation, and environmental sustainability was a meaningful part of the elementary and secondary school experience.

For most young Canadians, the debate over meeting our international climate commitments is not a debate at all. Overwhelmingly, we believe that we can take positive action on climate change and grow the economy.

Over the past decade, however, the Harper government has weakened or repealed some 70 environmental laws and regulations and pulled put of the Kyoto Protocol on reducing greenhouse gases. Canada is set to miss its 2020 Copenhagen Accord emissions-reduction target by 20 per cent.

Hundreds of climate scientists, meanwhile, have been muzzled.

Last year, when a reporter asked a Canadian Fisheries and Oceans scientist for an interview regarding her expertise on algae, the request was denied. Following an access to information request, it was revealed that this one interview request resulted in 110 pages of emails between 16 government officials.

Why all the fuss? It turns out the government has made a concerted effort to red-flag and suppress environmental information about climate change that could negatively impact the oil and gas sector.

3. Instead of making it easier for young people to participate in our democracy, the Conservatives are putting up roadblocks.

The so-called Fair Elections Act drafted to supposedly tackle voter fraud after last election’s robocall scandal, will leave some students and aboriginals unable to vote because they lack the now required identification to prove their residency. In reality, “the main challenge,” says Elections Canada’s chief electoral officer Marc Mayrand, “is not voter fraud, but voter participation.”

4. Canada’s commitment to the rule of law, social justice, and social spending has been greatly diminished under Harper.

The Canada of today speaks with a different voice on the international stage. Hardline stances on international conflicts, and reduced peacekeeping and foreign aid budgets have weakened our reputation and standing abroad as a moral leader and honest broker. This shift was no more apparent than in 2010, when Canada lost its seat on the United Nations Security Council, the first time that’s happened in 50 years.

Both The New York Times and Britain’s leading newspaper The Guardian have weighed in on the election to criticize Canada’s foreign policy.

At home, funding for social programs for First Nations, women’s and social justice groups, and veterans have been slashed.

Just this summer, the United Nations released a scathing report on Canada’s human rights record in response to the government’s refusal to hold a public inquiry into the deaths of some 1,200 missing and murdered aboriginal women from 1980-2012.

The UN also raised concerns about the Anti Terrorism Act (also known as Bill C-51) and its giving of undue powers to the Canadian Security Intelligence Service to conduct “mass surveillance and targeting activities.”

5. Voting earns you a seat at the decision-making table.

There is a reason why baby boomers and seniors vote. They understand that holds politicians accountable to their interests if they want to get re-elected.

Take, for example, Canada’s much-debated housing sector. In spite of repeated warnings by the International Monetary Fund and others about rising house prices and household debt, the government has refused to intervene to keep prices in check for a simple reason: the interests of its baby boomer and seniors base, most of whom continue to benefit from a rise in home equity.

Clearly, it is not fair for older Canadians to be sitting on million-dollar properties over cash-strapped younger Canadians looking to buy a house and start a family. The reality is that we are not considered serious stakeholders because so few of us vote, less than 40 per cent in the last election to be exact.Yet, political analysts say we would have elected a different government had that number been 60 per cent.

At one quarter of the population, young people have the political power to transform the Canadian political landscape.

In the words of Rick Mercer: “If you want to scare the hell of the people that run this country, this time around do the unexpected – take 20 minutes out of your day and do what young people all around the world are dying to do… vote.”

Michael Taylor is a Vancouver-based writer and teacher and organizer of the Vote Slapshot Challenge.