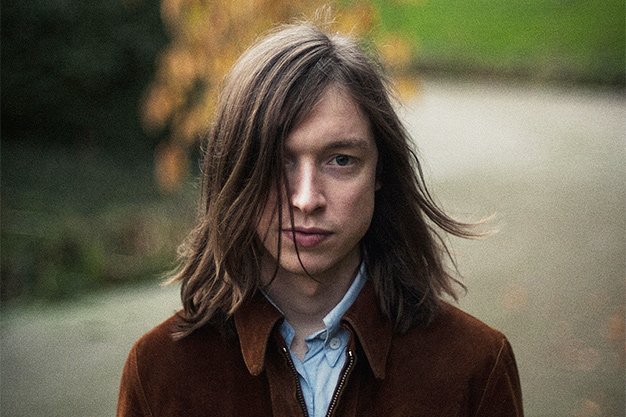 Jacco Gardner isn’t your typical psych rocker. Unlike most of the heavy stoners currently storming North American stages with their doom and sludge and Sabbathian riffage, Gardner’s variety shape-shifts around acoustic guitars, cinematic strings and synths and his gentle voice.

“‘Soft psych’ is what people sometimes call the stuff I do,” says Gardner over the phone from a tour stop in Copenhagen. “It’s really refreshing for me if there’s a band supporting us that also shares that approach, but it’s not very common.”

Gardner’s biggest challenge in making it was psychological, related to the heavy touring he’d done for his first album, 2013’s Cabinet Of Curiosities.

“The touring was so intense that I sort of lost my way,” Gardner says. “Usually at home I have time to discover new music and be inspired and read a lot and keep myself curious. I felt like I’d changed a lot at the end of all that touring, but I didn’t know what I’d changed into. So I faced this hard -moment.”

He got through it partly by songwriting, a deeply introspective process for him. And he became even more interested in unconscious, dreamlike states, also a theme on Cabinet Of Curiosities.

“I had to find this essence of where creativity comes from, or where that part of your brain works,” Gardner explains. “That got me fascinated with the dream world, or that area between reality and dreaming where there’s some sort of unfiltered creative flow.”

He engineers, produces and plays everything on his albums aside from drums, though his live band includes five members. In the tour van, they -listen to a lot of music composed for films – stuff that’s usually considered background music. It’s got him rethinking the function of his own creations.

“A lot of cinematic or background music, I think, can be extra-powerful and intense and more influential in people’s lives because they’re usually doing something else while listening to it. I’m realizing that the music is not what it’s all about – that people do other things that music can play a very important part in. I’m thinking about what kind of role it can play when it’s more of a soundtrack to living.

“Because I’m contemplating my own psychological processes and expressing that in my music, maybe it can cause people to think about things or philosophize about their lives. I’d rather it have that function than only be about people taking drugs to it.”

“But it’s probably still good for that, too.”

Seriously, has any Canadian group released sunnier or better-orchestrated pop in the last two decades than the New Pornographers? Sure, their lyrics occasionally get gloomy, but when delivered via the tremendous harmonies that have become the band’s calling card, they never leave you feeling glum.

Since 2000, the A.C. Newman–led band has churned out six reliably exciting records that brim with punchy, hook-driven pop. It’d be easy to compare their sound to 60s AM radio pop, but with its unique arrangement twists, lyrical smarts and feminine/masculine instincts in balance, it’s -really all their own.

Newman has called August’s Brill Bruisers a “celebration record,” and while it would be silly to call it a return to form (the band has never really verged off their sonic path), it’s one of their happiest, bounciest releases in years. Their free show at Yonge-Dundas Square will be so full of hook-laden hits, it’ll likely draw in innocent bystanders with ease.

Some voices have the ability to pull you in close and cradle you, comforting you with the thought that everything’s gonna be all right.

Jessica Pratt’s soft warble does just that. It can also be hazily mysterious, and her sound, most often backed by the gentle loop of fingerpicked acoustic guitar, is instantly timeless. It could’ve been recorded yesterday in the bedroom next door or 50 years ago on a San Francisco fire escape.

At times, Pratt’s songs can seem as precious as a Wes Anderson credits sequence, but there’s a depth and intimacy to her delicate take on folk music that lends her latest record, On Your Own Love Again, a distinct, sepia-toned heaviness. Not enough to weigh you down but enough to make you nostalgic for simpler sun-soaked summer days.

If you’re looking to check out some warm tunes that will calm your festival-addled brain, Pratt’s California dreams might be just what you need.

Betty Who has the pop hooks of Katy Perry, the sass of Miley Cyrus and the dancey beats of Robyn. And yet the Aussie-born, New York City–based pop star’s music is wholly her own. It’s lush with soaring vocals, synth-laden melodies that’ll get you dancing in five seconds flat, and crisp, arena-ready singalong choruses. While Who – real name Jessica Newham – is poised for pop stardom, her musical beginnings suggested a much different career for the 23-year-old.

She began playing the cello at age four, eventually moving to Boston to study at the Berklee College of Music. While there, she met Peter Thomas, and the pair began writing and recording together, changing her musical course along the way.

As an ode to her idol Whitney Houston, Newham wrote her first single, Somebody Loves You, following the singer’s death in 2012. The song became an instant hit: it reached number one on Billboard’s dance/club chart, was used in a flash mob marriage proposal video gone viral and was covered on Glee – a sure sign of pop success. After signing a record deal with RCA, she released her debut LP, Take Me When You Go, last October.

Most recently, Newham wrapped up a supporting gig for Kiesza – we bet she picked up a couple of slick dance moves from Canada’s own pop star.

In an impressively short time, Doomsquad have gone from a spontaneous joke family band with a joke cult name to a formidable weirdo-squelch-dance-wizard crew whose conjurations transport listeners into Eno/Byrne-esque Bush Of Ghosts territory and beyond. The mix of colourful drone textures and percussive polyrhythms that made Kalaboogie one of Toronto’s most noteworthy records of 2014 is a thrillingly immersive live experience, a unified whole greater than the sum of its parts, saturating the room with rushing energy. Their sound is heavy in texture but bright in mood, ratcheting up the euphoria in careful increments, the three Blumas siblings – Trevor, Allie and Jaclyn – fusing together as a radiant core.

The band’s NXNE showcases are happening the same week their new Pageantry Suite EP sees its physical release (on Bella Union in Europe and Hand Drawn Dracula in North America). An even more collaborative affair than past efforts, it’s densely layered and propulsive, incorporating the rhythmic prowess of Mas Aya on auxiliary percussion and the sublime imagery of visual artist Chris Boni, whose cover art and accompanying videos work with the music to form a dance suite. It’s a remarkably clear-headed way for the band to represent how their music occupies physical space and kinetically envelops its listeners.

If you slept on their Wednesday show, you’ve still got one more chance, Saturday at the Garrison, to see these trance-formers do their thing.

A.C. Newman Betty Who Doomsquad Hypnophobia Jacco Gardner Jessica Pratt On Your Own Love Again The Garrison The New Pornographers