NOW MagazineMusicNXNE 2015 Guide: 5 Shows where you’ll feel ahead of the curve

NXNE 2015 Guide: 5 Shows where you’ll feel ahead of the curve 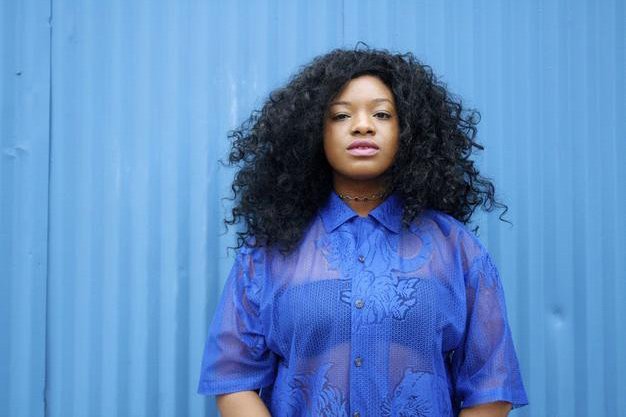 At 24, Uniiqu3 has already earned the “queen of Jersey club” title.

Born 15 years ago in Newark, the genre is an offshoot of Baltimore club music, and at 130 to 140 bpm, it’s as fast but emphasizes horns, hard breaks and choppy vocal samples.

It’s young in every sense. The first Jersey club producers were teens who took over warehouse and loft spaces to throw parties. Now it’s to Newark what juke music is to Chicago, and major labels have started to take notice by commissioning official remixes for top 40 acts like Trey Songz.

“The golden years of Jersey club were when I was 15 and 16. It was like a party every weekend,” says Uniiqu3, aka Cherise Gary, on the phone from her home in Newark. “My boyfriend at the time was a DJ, and I was like, ‘How come there are never any girls? All the girls do is dance. You know what? I wanna learn how to DJ.’ So after I learned, I figured I might as well learn to produce, too.”

Her NXNE gig will be her second Toronto performance. Since she was here last year, her sets have evolved to incorporate live vocals, her own material and two backup dancers who usually wind up battling audience members onstage by the set’s end.

“Jersey club is known for its line dances, so I still want to keep that element alive. I want people to know the history of it,” she says.

Last year, she released the mixtape The New Klassiks for similar reasons: to school new listeners in the history of the genre – which is often confused with B’more – while nodding to ghetto house, vogue and ballroom beats, Philly club and juke.

“Sometimes when things get popular, they get over-saturated and they become uncool, you know?” she says. “That happens when you have people out there knowing the wrong story and the whole thing is not represented by authentic people. I wanted a cool way to teach people this is where it came from.”

Uniiqu3’s next challenge is to insert even more of her voice into her productions. She grew up performing in musical theatre, so coming out from behind the booth was a natural step. Last month, she collaborated with producer Brenmar on the track Hula Hoop, and has her first proper solo single coming soon.

“I really just want to do me,” she says. “Jersey club has grown so much, but it has more potential that people have yet to see or think about. I finally feel like I’ve found a way to present myself and my talent.”

The fire in Clairmont the Second’s eyes was apparent when he hit the stage at Tattoo during Canadian Music Week. An opener for Goldlink, the 17-year-old producer/MC brought a wild energy to autobiographical and slice-of-life songs about teenage existence, and an aggression that tipped over into catharsis.

Very much an indie artist, he self-produced and recorded his Project II EP, which came out in January, in his bedroom and is currently crowdfunding to upgrade his home studio. After gigs at Long Winter and CMW, his NXNE show at annual west-end house party M For Manning will be an opportunity to catch his high-energy act in a low-key backyard setting.

Considered an Odd Future affiliate thanks to features on various Earl Sweatshirt songs, Vince Staples will break big when Def Jam releases his debut full-length, Summertime ’06, at the end of June. Why? The talented rapper is swinging for the fences.

He’s not averse to de rigueur references to bitches and yayo, but there’s hope that these are just stylistic crutches so he comes across as hard. On his 2014 track Hands Up, for example, his righteous raps protest police persecution and brutality: “Take you when they fingerprint you, now you part of the system / This was all a part of Huey P. and Bobby prediction…. Just your -colour is enough to get you under arrest / Strong hand of the law got me feelin’ oppressed.” When Staples gets militant, it’s hair-raising.

If you still doubt his desire or ability to create something impactful, check out the cinematic video for current single Señorita, a chilling depiction of the plagues that classism and racism have wrought upon the world. Staples is a young, talented dude with important shit to say.

In early press photos of indie punk band Chastity Belt, vocalist/guitarist Julia Shapiro dons the eponymous contraption, but one made out of a raw steak. The image may grab your attention, but it’s their music that holds it.

The foursome formed in 2010 in the sleepy college town of Walla Walla, Washington, later moving to Seattle, where they became entrenched in the DIY scene. Earlier this spring they released their sophomore album, Time To Go Home. (The title track is about getting too drunk at a house party.)

Fast-fired guitar lines provide the musical backdrop to Shapiro’s low, droning voice and lyrics, which cover everything from mid-20-something existential crises to nip slips. They play two shows in one night at NXNE. Here’s hoping at least one of them includes older gem Giant Vagina, which will give you a chance to shout the word “vagina” for three and a half minutes.

In case you hadn’t heard, Toronto’s in the middle of a noise-rock explosion. Some will claim there’s always been a ton of great artists getting loud and heavy, but the sheer frequency of acts emerging lately on local labels like Telephone Explosion, Pleasance and Buzz Records is astounding.

Case in point: Fake Palms, the brainchild of Michael Le Riche (formerly of art rockers the Darcys). Their debut full-length isn’t out until the fall, but it’s a safe bet that the charging riffs and pointed hooks that characterized their early work will help the album show up on year-end best-of lists.

They’ve played a handful of shows in and around the city, and their Horseshoe gig might be one of those “I was there when” sets.