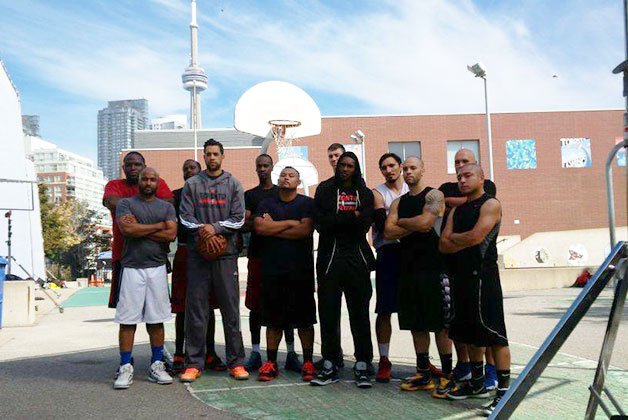 The Toronto Raptors held their annual media day at Real Sports Bar and Grill on Monday, as the NBA season continues to inch closer. Sprinkled amongst the standard quotes about working hard in the summer and being another year older and wiser there was much talk about the chemistry that took the city by storm last spring. Here are five takeaways:

1 Terrence Ross is ready for prime time After a sophomore season of ups (scoring a career-high 51 points) and downs (a rough first post-season experience against the Brooklyn Nets), Ross spent much of his summer training alongside team captain and team all-star DeMar DeRozan. Witnessing the level of commitment required to stand out in the NBA, Ross got familiar with the weight room. Adding “about 15 pounds” to his frame, the 23-year-old swingman is aware of the expectations placed upon him.

2 Kyle Lowry is in great shape After signing a four-year, $48-million contract, Lowry is as motivated as he was in the immediate aftermath of Toronto’s Game 7 loss to the Brooklyn Nets in May. When a reporter pointed out that some players who sign big contracts sometimes report to camp with extra weight to spare, Lowry quickly shot back: “Those people who thought I would do that, they’re idiots. People that expected me to come back in shape, they’re smart.”

3 DeMar DeRozan will lead Fresh off winning a gold medal with Team USA in this summer’s FIBA World Cup in Spain, DeRozan showed up with a freshly shaved head and plenty of positive things to say about his time with the U.S. National Team. Getting to practice with the best players in the world for much of his summer only strengthened DeRozan’s dedication to his craft. Enlisting the help of a dribbling specialist in addition to his daily workouts, the fifth-year veteran kicked his already strenuous off-season workouts up a notch and will be pushing his teammates to get the best out of them.

4 Watching the Nets face the Miami Heat in the second round of the playoffs was not a fun experience for Raptors players Veteran big man Chuck Hayes said the team had a group text going throughout the postseason and messages of frustration were shared as the players watched the second round battle they felt they should have been participating in between the Nets and Miami Heat. DeRozan said he watched the first game in the series and then avoided the rest, admitting he couldn’t wait for the Nets to lose.

“Our goal is to win the division, whatever that takes,” Casey said. “I don’t know if we’re in the conversation where we can say, hey we’re a 50-win team or a 55-win team. Will we be an improved team? Yes. My job is take make sure we get that chip back on our shoulder from last year.”