NOW MagazineCultureTheatre5 things you need to know about The James Plays

5 things you need to know about The James Plays

Rona Munro's dark and gripping Scottish history trilogy, part of Luminato, has won breathless comparisons to Shakespeare and Game Of. 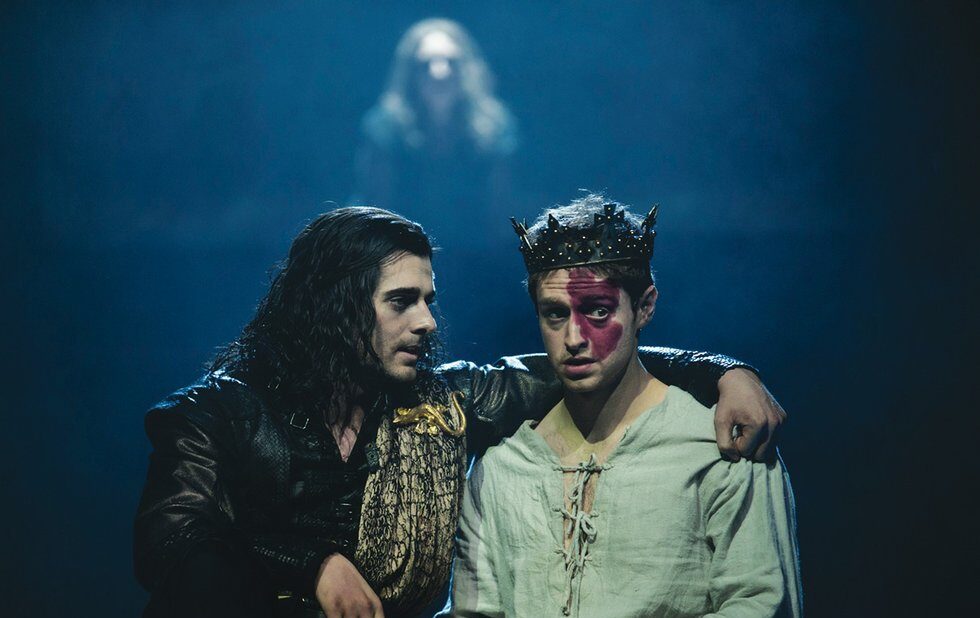 Rona Munro‘s dark and gripping Scottish history trilogy, part of Luminato, has won breathless comparisons to Shakespeare and Game Of Thrones, and it’s easy to see why. Her exploration of three successive 15th-century Scottish monarchs is packed with the kind of gritty action, drama and political intrigue that made the Bard and George R.R. Martin rulers of the realm. In advance of their Toronto opening June 16, director Laurie Sansom explains why going to see The James Plays beats streaming GOT at home. For ticket info go to luminatofestival.com.

The three James kings ruled Scotland from 1406 to 1488, a period of pronounced political tension both internally amongst nobles and externally in its relations with England and Europe. James I becomes king after growing up a prisoner in the English court and struggles to convince his countrymen he really wants a strong, independent Scotland. “James II is crowned at age six and is passed around by power brokers as a literal pawn before maturing into a feared ruler nicknamed Fiery Face. James III is a narcissist with grandiose visions whose Danish-born queen assumes the work of governing.”

One of the most infamous scenes in Game Of Thrones is based on an incident also covered in The James Plays. Remember the Red Wedding? Without giving too much away, James II participated in its inspiration: the Black Supper. “It’s probably the only famous event of the 15th century in Scotland. During the dinner a bull’s head, a symbol of imminent death, is brought out. Game Of Thrones inspired The James Plays? It’s the other way around!”

Move over, Medieval Times – a block of seats built into the actual set offers audiences an immersive view of the Middle Ages. “I didn’t want to stage it in a traditional proscenium arch with sets flying in and out, changing all the time,” says Sansom. “I directed it almost in the round, so the view [from the onstage seats] is absolutely brilliant – it’s not as if you’re just getting the backs of everyone.” In James I and III, the onstage audience serves as the Scottish Parliament.

The James Plays debuted in Glasgow in 2014, when the no vote won the razor-close independence referendum. Sansom notes that during the Toronto run, the UK will vote on whether to exit the European Union. “Should Great Britain vote to leave the EU, Scotland once again almost immediately will decide to have another referendum on independence. The question The James Plays explore – What kind of country does Scotland want to be? – rings large and is electric today.”

All three instalments can be watched back-to-back-to-back Netflix-style on the same day – an 11-hour theatre marathon! The plays are written to be stand-alone, but stories, themes and jokes span all three and reward completists. “I’m a complete sucker for the box set,” Sansom laughs. “Making A Murderer – I think I did that in one sitting! I also love a good narrative, so if someone gives me a hook or a cliffhanger, I’m watching the next episode. The James Plays are the same. Rona’s brilliant at writing gripping narratives, and that’s what gets me excited as a director: telling really thrilling stories. Be brave and do the trilogy if you can! That’s the unique experience.”