Can a woman be reconciled with the mother who abandoned her 20 years ago? 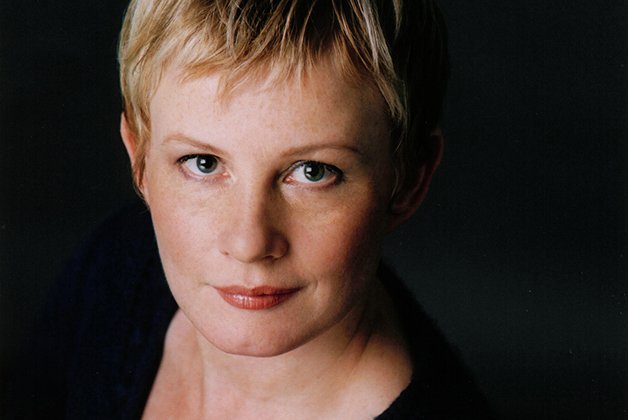 If mother love is one of the sacred constants in a family relationship, how does a daughter handle the mother who left her husband and children two decades earlier?

Renata, the young Canadian woman in Priscila Uppal’s 6 Essential Questions, finally tracks down her mother, Catharina, who has returned to her homeland, Brazil. The person she confronts in Rio de Janeiro is a fanciful, surreal figure.

“It’s an amazing, magical story that’s not told in a linear fashion,” says Elizabeth Saunders, who plays Catharina in the Factory production. “The mother is a hysterical narcissist who’s larger than life, and that largeness defines the form of the play.”

Uppal, known for her poetry and the memoir on which the script is based, fills her play with magic realism. Its characters include a grandmother who may be dead and an uncle who may be invisible to several of the women onstage.

The 2013 memoir, Projection: Encounters With My Runaway Mother, tells the story in a straightforward, realistic fashion, notes Saunders, but the stage version is “fantastical and emotional in a totally different way.

“The mother is delusional and self-involved in a way that’s hard to understand. After abandoning her children and husband, she created her own version of who they were and how she took care of them. In reality, she completely disconnected herself from the family, moved to Brazil and had no contact with them.

“When Renata shows up, the older woman is terrified of learning anything that’s different from the story she so fervently believes. She sees herself as victim, and a wonderful victim she is, at least in her own mind.”

The mother has as an equally strange relationship with her own mother, one of emotional disconnection but also mutual if dysfunctional dependence. The same is true of the mother’s brother, a ghost in the women’s world.

“As far as the mother and grandmother are concerned, the uncle doesn’t exist they behave as if he weren’t around. That allows him to cause things to happen without their knowing it, instigating actions and offering insights into the family. Only Renata acknowledges that he’s in the room.”

The play combines unorthodox elements with humour in a way that Saunders says she rarely sees in Canadian theatre.

“These characters are massive, crazy spirits. This isn’t a kitchen-sink drama about a girl who goes to Brazil to meet her mother. Instead, it’s more like a descent into a world that suggests those in Alice In Wonderland or The Wizard Of Oz, where one spirit tries to discover something about herself and discovers at the centre of her life a bizarre, outrageous woman.”

Saunders loves digging into the complexity of a show like 6 Essential Questions, whether as actor or director. She most recently helmed a fine production of the difficult Holy Mothers for SummerWorks 2013, and she’s a finalist for this year’s Gina Wilkinson Prize, awarded to a woman making the transition to directing from another area of theatre.

“The wonderland Renata discovers is unlike anything I’ve seen before: it’s a crazy Brazilian carnival, a Dali-esque fantasy that includes a bull-fighting dance, a garbage dump and a magical purse that contains a person’s whole life.

“Priscila has captured that heightened sense of dealing with someone so excessive when you’re trying to be true to yourself, and she’s done it in a clever, poetic, funny way.

“It’s a treat to delve into a character who doesn’t live life the way we’re supposed to, who screws it up in part because her foibles are so big and ridiculous.”