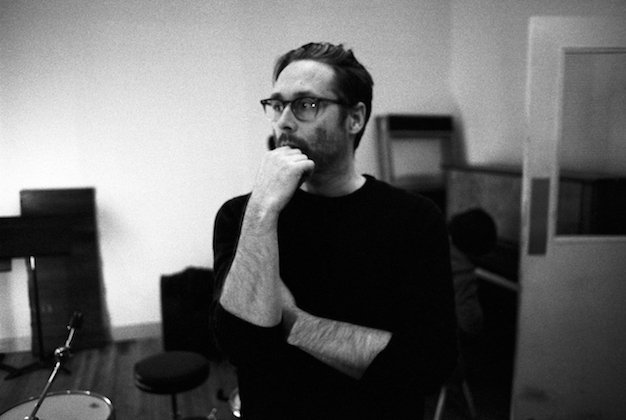 The founder of indie label Idée Fixe is packing up his beloved Kensington Market recording studio at the end of the month to open a new spot on Geary Ave.

Seven years ago, producer/engineer Jeff McMurrich opened the 1,500-square-foot studio at 6 Nassau with drummer James Anderson (who has since left town) to facilitate recording for his label and provide an artist-friendly studio space downtown where studio time can get expensive.

At least a thousand musicians – including Born Ruffians, Owen Pallett, Fucked Up and Feist – have made use of the studio’s 900-square-foot live floor space in the years since.

The building housing 6 Nassau – named after the address because the founders could not settle on a name – has been up for sale twice since 2009 and recently changed ownership. (The building is currently for sale for $2.3 million.) So when an opportunity to buy a space Geary between Dufferin and Dovercourt arose, McMurrich jumped on it.

“I was tired of paying rent and feeling like a placeholder,” he says. “Geary just feels more permanent. The Market is transient – it’s hard to put your roots down there.”

Moreover, owning means peace of mind in a city where the rising price of real estate is forcing artists and musicians to search for studio spaces outside the downtown core.

“If you don’t own and you’re in downtown, someone’s gonna tear down your space,” says McMurrich. “I love Geary. I’m super excited to be here. The Get Well guys opened the Greater Good just at Dufferin. There’s tons of people up here and it’s great.”

The new studio is called Sonology – which refers to the study of sound – and will open August 1. The building is comparable in size to 6 Nassau, but the live floor space is slightly smaller.

In the meantime, 6 Nassau is open for business until the end of June. McMurrich’s studio partner David MacKinnon (of the Fembots) is working with Sandro Perri on Perri’s new album and McMurrich will record Owen Pallett with Nick Fraser on drums next week.

Pallett was almost the first musician to record at 6 Nassau, where he mixed his 2010 album Heartland, but Montreal indie band The Luyas beat him to that distinction.

The last band slated to record at 6 Nassau is Doc Dunn & The Cosmic Range, whose new record will come out via Idée Fixe.

The label started in late 2010 and has put out records by Jennifer Castle, Bry Webb, Alex Lukashevsky and The Highest Order. Most of those releases were recorded at 6 Nassau.

When McMurrich and Anderson took over the space, it looked like a squat. “It was hideous,” he says.

Not that they bothered to pretty it up. “It was mostly built for our community and my clients and they don’t want to go to a dentist’s office when they are recording,” explains McMurrich. “You want a bit of dirt in the corners.”

Thanks to its location and size, 6 Nassau is an in-demand piece of real-estate. At one point, the Toronto Parking Authority was considering buying the building but former city councillor-turned-federal MP Adam Vaughan got involved and the City nixed the parking lot plan.