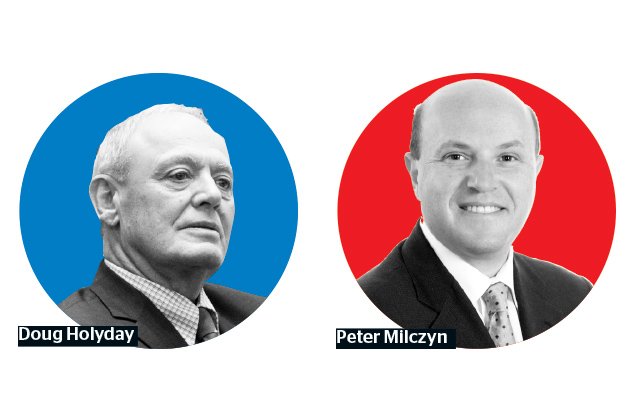 It’s the race everyone’s watching to see if PC Doug Holyday’s by-election win back in August was a flash in the pan or the start of something bigger for Tim Hudak’s hordes, who are now polling just behind the NDP in the 416.

The PCs won’t have the Ford brothers, Rob and Doug, backing them this time, given Doug’s very public falling out with the party. Holyday couldn’t have won against Liberal Peter Milczyn without them.

But that vote was also a protest against the Liberals over the costly gas plant cancellation in neighbouring Mississauga, which was engineered to save key Liberal seats in the 2011 election.

Hudak has promised a judicial inquiry into that decision if elected, although it may be hard to square his position with the fact that his own party not only supported the cancellation of the Mississauga plant but also the shuttering of the Oakville gas plant by the Liberals before that.

Adding to Hudak’s embarrassment is the fact that his wife, Deb Hutton, a former adviser to Mike Harris, was under contract to TransCanada, the firm contracted to build the Oakville plant, at the time the you-know-what was hitting the fan over its closure. 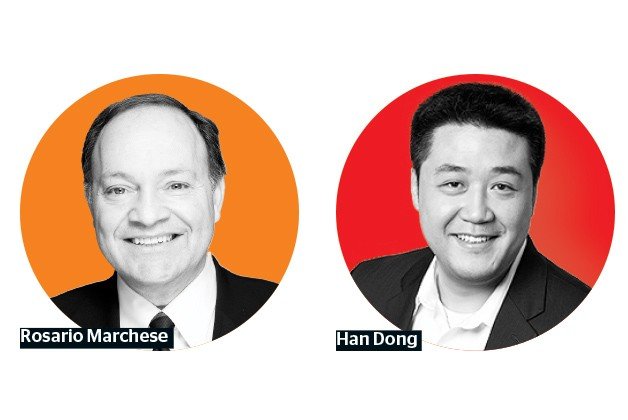 Pundits have predicted that 24-year NDP incumbent Rosario Marchese would lose this seat almost since he won it. Every election, it seems, is expected to be his last, yet he always wins in the end. Just last week Marchese grabbed the endorsement of city councillor Kristyn Wong-Tam, who’s supporting Liberal Adam Vaughan in the federal by-election in the riding.

Sarah Thomson (yes, that Sarah Thomson) came within 1,100 votes of winning in 2011 it was the last riding called. If the patently flakey Thomson can come so close, who knows? Blame demographic changes and massive condo developments for fracturing the riding’s historic NDP base. Which explains Marchese’s focus at Queen’s Park in recent years on the Condominium Act and getting rid of the Ontario Municipal Board in city planning decisions.

The Liberals have their sights set on Trinity again, running Han Dong. Wynne was in the riding on Victoria Day Monday to announce another goodie: plans to restore mothballed Ontario Place to its former glory. She promised no condo development on the site, which is not the position taken by John Tory, the guy her government commissioned in July 2012 to come up with a plan for the former waterfront park. 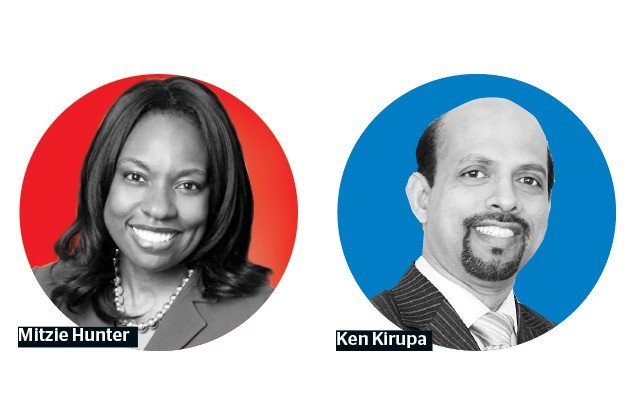 The PCs’ Ken Kirupa came up 1,200 votes shy of snatching this riding from the Libs in last summer’s by-election after two-term incumbent Margarett Best vacated the seat, reportedly for health reasons.

Mitzie Hunter outdistanced Kirupa in a nasty tussle that saw the Grits’ vote share fall by more than 13 per cent over 2011.

The wild card in 2013 was the NDP, which had the star power of former Toronto city councillor and one-time mayoral candidate Adam Giambrone.

There’s no star power this time. Quite the opposite.

There are still bad feelings about Giambrone’s being parachuted in over Amarjeet Kaur Chhabra. That’s left the party with local businessman Shuja Syed, whose profile in the riding consists of remarks made in a 2003 Facebook posting – and with few resources on the ground in a riding where social justice issues dominate and Scarborough-Guildwood should be a natural fit for an NDP figuring to grow its support in have-not suburbs. 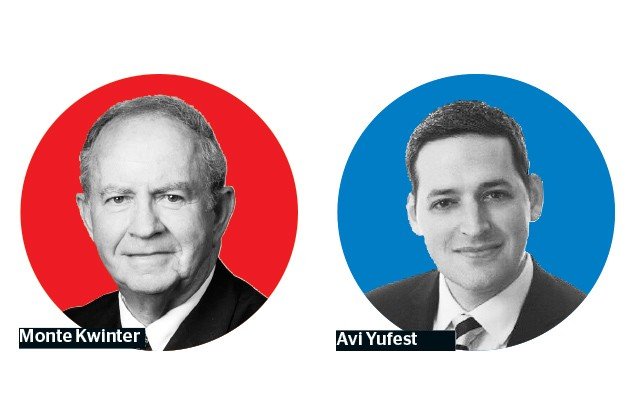 While an NDP-Liberal dynamic is expected to play out in most ridings up for grabs in Toronto, here it’s the PCs who are threatening to oust Liberal incumbent Monte Kwinter, the oldest and longest-serving MPP of any party and an institution in these parts.

His political staying power is nothing short of amazing, but voter fatigue may be setting in. He hasn’t played a major role of any kind in cabinet since 2007 under Dalton McGuinty.

Kwinter’s personal popularity has helped him buck a pattern in the riding that, before redistribution, saw it flip back and forth between the Libs and PCs provincially.

But muddying the waters for Kwinter against the PCs’ Avi Yufest is the fact that the federal Conservatives now own the riding after Mark Adler dislodged Ken Dryden, who like Kwinter was popular for his constituency work but couldn’t turn back the drift rightward. 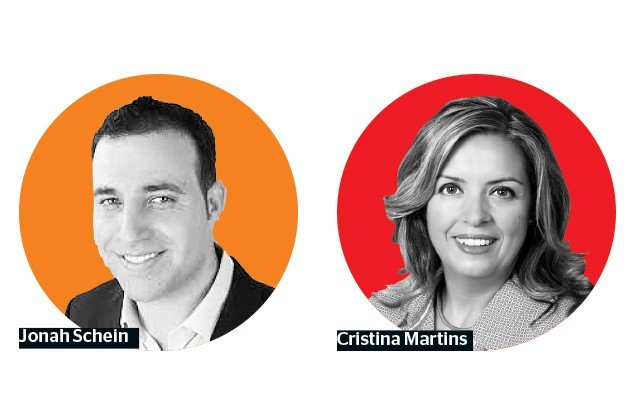 Andrew Cash’s surprise win for the federal NDP in Layton’s 2011 orange tide ended more than five decades of Liberal rule federally and provincially in this riding. It also laid the ground for triumph in the provincial runoff that followed, MPP Jonah Schein’s good works with Social Planning Toronto and The Stop Community Food Centre aside.

Schein won by 1,400 votes over chief rival Cristina Martins, who was nominated late by the Liberals and never found her stride last time.

She’s running again this time with the backing of local councillors Ana Bailão and Cesar Palacio (though the advantage of having the latter’s support is questionable).

More importantly, she’s getting attention from Premier Kathleen Wynne’s office – the Libs have targeted the riding – and the high-profile help that goes with that from finance minister Charles Sousa. 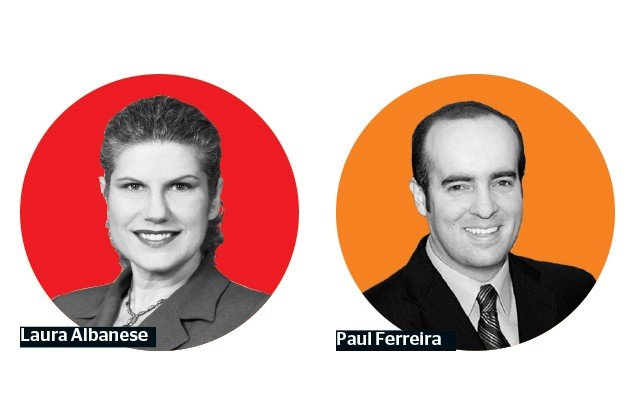 The third time may be the charm for Paul Ferreira.

The NDP insider has faced off against incumbent Liberal MPP Laura Albanese three times, winning in a by-election in 2007 and holding the seat for a short time before losing in the general election that followed that same year. Ferreira lost again to Albanese in 2011. Both times, her margin of victory was a few hundred votes.

The difference this time? The riding is held federally by NDPer Mike Sullivan, and the improved ground game that comes with that may take Ferreira over the top he currently serves as Sullivan’s special assistant.

Albanese isn’t exactly a household name outside the riding, but her constituency work has paid dividends.