'We've got a system here [that's] almost like the Dark Ages.' 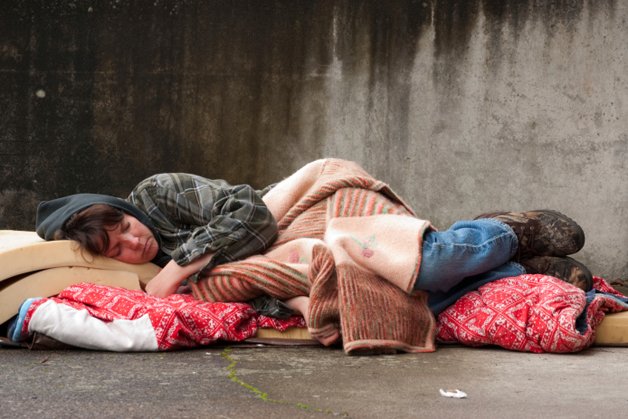 Do the deaths of four street-involved people this month signal a new phase in the homelessness crisis?

Last week two men died after staying outdoors in brutally cold conditions. Less reported was a third man, who was found dead inside the shelter referral centre on Peter Street after taking refuge from the freezing temperatures. Then overnight on Tuesday, January 13, firefighters discovered a body in a burnt-out shack that may have been used as a shelter.

The string of fatalities has shocked the city’s conscience, and Mayor John Tory has promised to move quickly to open up more shelter space.

But exactly how many homeless people are dying on Toronto’s streets? No one really knows.

Despite past efforts to do so, no organization, not the Coroner’s Office, Public Health or any provincial ministry, keeps comprehensive statistics. Instead, a patchwork of data from different sources provides only a partial picture of how deadly homelessness can be in Canada’s largest city.

The only group that even attempts a full accounting is the Homeless Memorial project, a volunteer-run initiative that compiles a list of street-involved people who have died every month. The list stretches back to 1985 and is now over 740 names long. The project recorded 18 homeless deaths in 2014, down from 31 in 2013, and well below the all-time high of 72 in 2005.

But as distressing as those numbers are, the list under-reports the extent of the problem. The project is staffed by four volunteers who call around to homelessness agencies once a month to ask if anyone has passed away. Many agencies aren’t contacted, and others are reluctant to provide information, citing privacy considerations.

“There’s a ton of people I’m aware of who aren’t on the list,” says Greg Cook, a street outreach worker with Sanctuary and the lead coordinator of the Memorial.

Since 2007, Toronto’s Shelter Administration has kept track of how many of its clients die, either inside city-funded facilities or shortly after being checked into hospital. Last year, the administration recorded 30 deaths, compared to only 16 in 2013.

But the administration doesn’t count deaths that happen outside the shelter system, like the three men who died outside this month. Those types of deaths, which are deemed sudden or acciden-tal, are usually investigated by the coroner, which recorded an average of about 40 homeless deaths yearly in between 2000 and 2005. But the coroner no longer keeps such statistics. A spokesperson for the office could not say why.

In the past, the city has tried to bring together all the different sources of data. In 2006, the Board of Health voted to receive biannual reports on homeless deaths, using statistics from the Shelter Administration, the Homeless Memorial and the Office of the Coroner. But Public Health discontinued the practice in 2010, citing insufficient data after the coroner stopped tracking street fatalities.

Dr. Stephen Hwang, the chair in homelessness, housing and health at St. Michael’s Hospital, says that absent reliable statistics, it’s impossible to know how many people are dying. He is sure of one thing, however: “Homeless people die in Toronto every day.”

Hwang, who’s authored several studies on street health, says that while freezing deaths catch the public’s attention because they appear easily preventable, they are rare. The most common causes of death for younger homeless people are injuries, drug overdoses and, to a lesser extent, suicide. Older street-involved people are more likely to fall victim to “a variety of medical conditions including heart disease and cancer.”

In the aftermath of last week’s deaths, advocates have renewed calls to open warming centres, but Hwang argues that stepping up efforts to contact homeless people and bring them inside is a more effective way to prevent freezing deaths, because people who stay out in the cold are often avoiding shelters.

In the long run, governments need to provide better access to health care and mental health and addiction services, he says. “There are a number of providers across the city, but the need outstrips the service.”