A Birder’s Guide To Everything 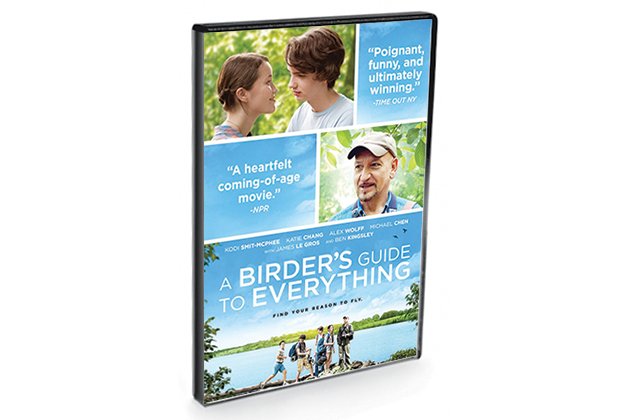 A Birder’s Guide To Everything is a likeable teen comedy-drama that skips the high school and hormones clichés to imbue its young protagonists with genuine emotion, brains and dignity.

Fifteen-year-old David (Kodi Smit-McPhee) is a serious birder (they used to be called birdwatchers) who thinks he’s spotted a duck believed to be long extinct. He takes off to track it with his fellow birders and a girl photography classmate. But it’s the day before his father (James Le Gros) is to remarry, only a year and a half after David’s mother’s death, and David is still grieving.

The birding, central to the action, helps keep the drama and comedy – mostly centred on teen awkwardness – gentle and grounded. The cast handles the tone with ease. Ben Kingsley, as a renowned birder, brings a depth to his character that resonates through the rest of the film.

Director Rob Meyer and co-writer Luke Matheny deliver a standard making-of commentary, and the making-of docs are little more than promo spots, but the Bird Song Hero feature gives you a chance to sharpen your ears while you learn a bit about birding and birdsongs. It’s a treat.