A call to arms in “evil” times

Canadians could be forgiven for thinking Finance Minister Joe Oliver's budget speech on April 21 was a spoof on crude. 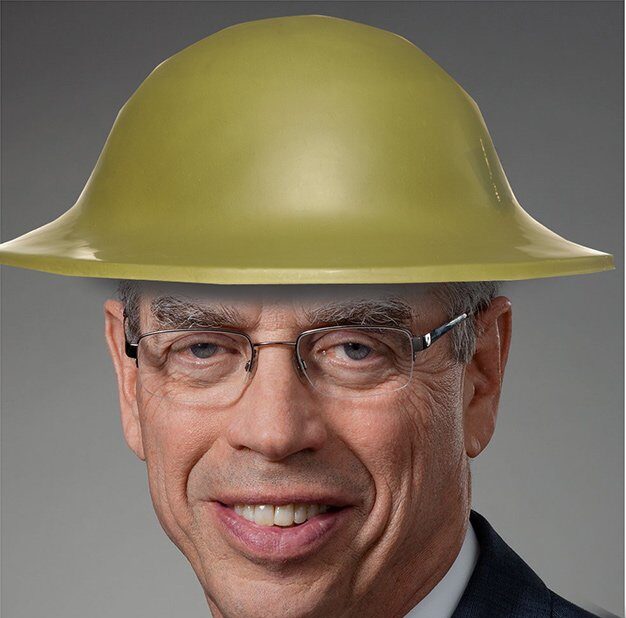 Equal parts patriotic bombast, fear-mongering and existential angst, it was almost Churchillian in its references to “security,” “geopolitical uncertainty,” “risk,” “a gathering storm” and “disciplined and deliberate choices in dark times.” It all sounded like Canada was hostage to a medieval siege of plague and pestilence.

To fight the forces gnawing at our vitals, he quoted philosopher George Santayana. He rallied the martial spirit for “our unflinching march into the future.” Canada will only be saved by a reassuring Conservative party’s “strong leadership,” the title of the budget, in which the word “strong” appears 194 times.

As expected, the budget was part of an election strategy to convince Canadians to stay the Conservative course or risk falling victim not only to financial ruin but also to a quantity rarely mentioned in financial documents: “evil.” There in chapter 4 of the 528-page tome are two references to the “evil” that allegedly faces us in the form of “violent jihadist terrorism.” The dreaded T-word shows up an additional 25 times.

In the U.S. has acknowledged that the greatest global security threat is man-made climate change, but the words “changing climate” appear only once in Canada’s 2015 budget: as a benign-sounding term related to tree breeding.

A good chunk of the document itself is framed by the “dangerous world” thesis, to which the Conservatives are “determined to respond responsibly, without ambiguity or moral equivocation.”

In keeping with the Conservative rejection of the scientific method, the budget makes the case for increased funds ($360.3 million) to drop bombs on people in Iraq and Syria by declaring that other war efforts elsewhere have brought “stability to troubled countries and regions.” It specifically names three countries that have allegedly benefited from Canada’s military interventions: Afghanistan (which in 2014, according to the UN Assistance Mission in Afghanistan, had its deadliest year yet for civilians), Libya (now on the brink of civil war between competing militias) and Iraq (where the UN warned in February of major deterioration of the rule of law and dangerously increased levels of sectarian violence).

While failing to make a case for the pacifying role of Canadian militarism, the budget commits an additional $12 billion to war spending over the next decade (on top of this year’s $20.1 billion military budget, the largest annual use of discretionary federal spending).

Meanwhile, soldiers clinging to the idea that the feds have their back have yet more reason to remain in the ranks of the disillusioned. More than $60 million is going to security for Parliament Hill, but only $23 million for security on Canada’s 38 military bases.

Reminding Canadians that “we have taken up the fight both overseas and at home,” the budget grants hundreds of millions to CSIS, the RCMP and the Canada Border Services Agency. It also provides Ottawa police with an additional $10 million to help pay for stationing two officers at the Canada War Memorial around the clock.

While the Conservatives have long played politics with immigration issues, bringing in restrictive measures under the aegis of national security, new proposals appear aimed at meeting cynical political goals.

One section outlines a new system to “facilitate legitimate travel to Canada” for “low-risk” residents of four countries that appear at first glance to have been drawn from a hat: Brazil, Bulgaria, Mexico and Romania.

However, the Bulgarians and Romanians had threatened to block the passage of a Canada-EU free trade agreement if visa restrictions against them were not lifted, and Mexico was similarly miffed about such obstacles. The government may be trying to smooth over relations with Brazil, on whose ministry of mines and energy our electronic eavesdropping agency, CSEC, was illegally spying.

Oliver’s speech ultimately adopts the immigration success story narrative, one that is often used in times of war to celebrate the freedom and diversity allegedly targeted by our enemies.

He is grateful that his grandparents came here a century ago (around the same time Canada turned away hundreds of Indian migrants marooned off the BC coast by racist immigration policies).

He believes that all Canadians will now come together at their various battle stations to help his Conservatives “make the greatest country in the world even greater.”