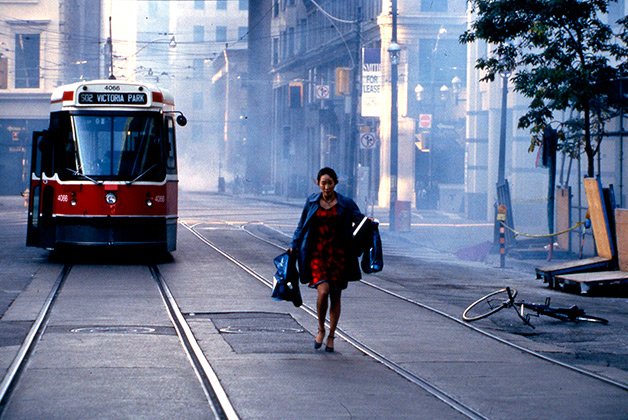 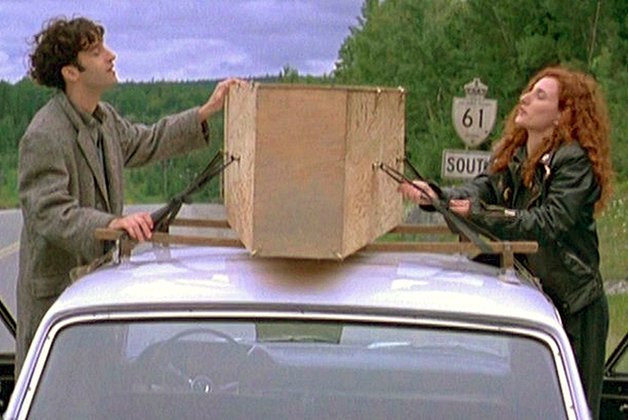 The non-profit organization dedicated to engaging students with Canadian cinema has mounted a tongue-slightly-in-cheek campaign to guilt people into catching a homegrown picture as “a lighthearted intervention for our national consciousness.” Sounds good to me.

In Toronto, the Royal marks the occasion with a really great double bill. At 7 pm, Bruce McDonald’s Highway 61, a road-trip comedy starring Valerie Buhagiar and Don McKellar, gets a rare theatrical screening, followed at 9:15 pm by McKellar’s directorial debut, Last Night, recently declared the quintessential Toronto movie in the pages of this very magazine.

These are two fascinating films to watch back to back. Made at either end of the 90s, they have very different sensibilities. Highway 61 saw McDonald modestly expanding his scope, recombining the punk elements of his breakthrough, Roadkill, into something slightly more commercial (and a lot weirder) with co-writer/star McKellar.

Seven years later, McKellar struck out on his own as a filmmaker, delivering Last Night, an instant classic. An apocalypse dramedy set in a mostly civil Toronto, the film comments on Canadian identity and Canadian cinema in almost every scene. (David Cronenberg has never seemed more reassuring.)

Both McDonald and McKellar will be in attendance, which should make for some interesting conversation about the state of Canadian cinema now versus then.

See listings. For a complete list of participating theatres and showtimes, visit canadianfilmday.ca.