NOW MagazineNewsA day at the races

A day at the races 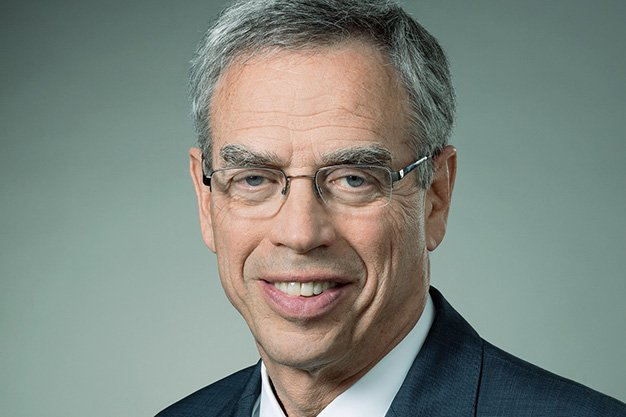 RECENT HISTORY Eglinton-Lawrence was solidly Liberal from its 1979 inception until the last general election, and the party very much hopes to reclaim it as rightfully theirs. Joe Volpe won the seat seven times, but his margins against Conservative candidates gradually shrank through the post-Chrétien era, the backslide culminating with retired investment banker Joe Oliver trouncing him 46.8 per cent to 38.4 in 2011. The NDP candidate, Justin Chatwin, took an 11.6 per cent share of the vote, one of their better showings here.

DYNAMICS Oliver was the Harper government’s minister of natural resources, the point man on tar sands economics, until he succeeded Jim Flaherty as finance minister in 2014. Yet any rundown of this riding’s dynamics has to begin with a discussion of the recent shitshow on the Liberals’ side. The short version: in a wild mess, Eve Adams, the controversial Conservative MP for Mississauga-Brampton South, had tried and spectacularly failed to win her party’s nomination for the new riding of Oakville North-Burlington. So she and fiancé Dimitri Soudas – the PM’s former head of communications, who was fired from his job as Conservative Party of Canada executive director because of improper interference in the nomination – decamped to the Liberals. Leader Justin Trudeau was happy to receive the radioactive pair, and when Adams chose to run in Eglinton-Lawrence despite having no ties to the area, the riding’s loyal Liberals were, unsurprisingly, upset they rallied around her opponent, lawyer Marco Mendocino. On July 26, he defeated Adams in a nomination meeting that received rare national attention.

For an election ostensibly being fought on the economy, finance minister Oliver has been weirdly absent. When Maclean’s went looking for him earlier this month, his campaign spokesperson said that he was just out canvassing the neighbourhood. Bloomberg News, however, discovered that he was actually attending a G20 meeting in Ankara, Turkey, which would have been much less remarkable had his team not lied about it. Canada’s finance minister is apparently being restrained from discussing Canada’s finances within Canada itself.

The NDP is running former Saskatchewan finance minister Andrew Thomson, who they repeatedly assure us is a star candidate. The Huffington Post called the race A Clash Of Finance Ministers surely that’s the sort of headline the party was hoping for when they recruited the waterfront-dwelling Cisco executive. 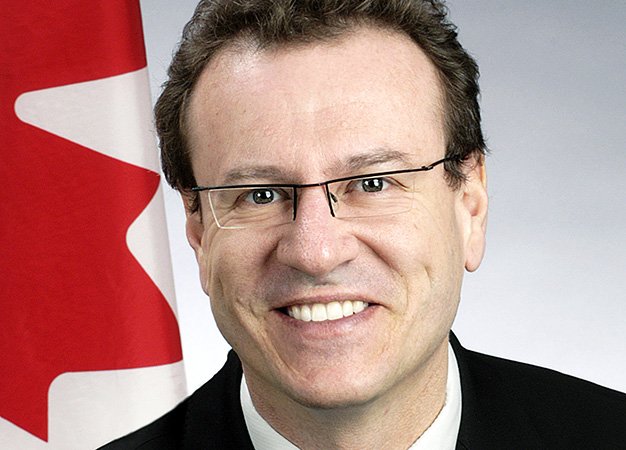 RECENT HISTORY Former Liberal attorney general and health minister Allan Rock held the riding from 1993 to 2004, when he was named Canada’s ambassador to the UN. He was followed by Future Bakery owner Borys Wrzesnewskyj, who was elected three times before losing to retired Canadian Forces officer Ted Opitz by the smallest of margins. On election night in 2011, Opitz was declared the winner by 26 votes. But Wrzesnewskyj challenged the result, arguing that there were enough procedural irregularities (missing signatures, missing forms, etc) to affect the outcome. Eventually, in its own close 4-3 decision, the Supreme Court upheld Opitz’s victory, ruling that it would be unfair to disqualify ballots because of relatively minor errors of process.

DYNAMICS Opitz and Wrzesnewskyj are engaged in what’s easily among the country’s highest profile rematches. The riding no longer includes the triangle bounded by the 401, Eglinton and Martin Grove, but it’s gained the area south of Burnhamthorpe to Bloor between the 427 and Kipling. In the 2011 election, the former area went Liberal and the latter went largely Conservative, so if the results are similar to last time, small border changes could make a big difference. But given that the Liberals are likely to improve on their previous national numbers, Wrzesnewskyj should have an edge.

On the ground, things are about as bitter as you’d expect. In August, Wrzesnewskyj accused Opitz of breaking rules by using House of Commons resources to send mailers during an election period. But Opitz’s campaign told the Star that the flyers were ordered in mid-July and the sudden election call meant they couldn’t put a stop to them in time.

A few weeks later, Opitz accused Wrzesnewskyj of misleading voters by using the word “re-elect” on his campaign signs despite the fact he’s not the incumbent. Wrzesnewskyj also blamed the sudden election call, saying the stickers they’d ordered to change “re-elect” to “bring back” simply hadn’t arrived in time. 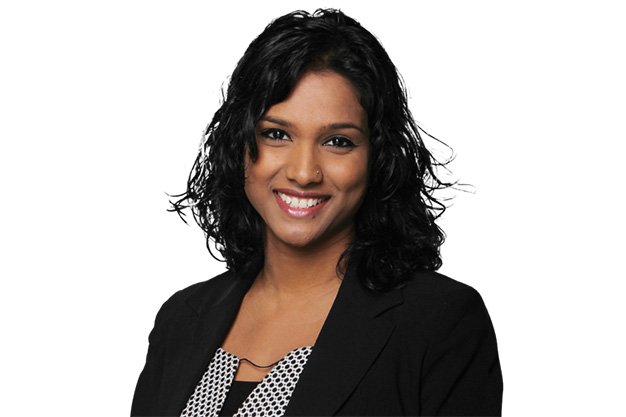 RECENT HISTORY This new riding consists largely of the western half of the former Scarborough-Rouge River, running north of the 401 from Midland in the west to Neilson in the east, with the Brookside neighbourhood appended just beyond that.

In seven elections over two decades, Liberal backbencher Derek Lee consistently crushed his Scarborough-Rouge River competition, with the Conservative candidates usually finishing a distant second. But Lee announced his retirement just ahead of the 2011 election, leaving the riding without an incumbent. The NDP’s Rathika Sitsabaiesan took it in a surprise win with a healthy 40.6 per cent of the vote Conservative candidate Marlene Gallyot finished second with 29.9 per cent, and the Liberals’ Rana Sarkar trailed more than two and a half points behind that.

DYNAMICS Sitsabaiesan, who was 29 when she was elected, is out to prove that her 2011 victory wasn’t just an orange fluke. The first Canadian MP of Tamil descent, she’s probably best known for making headlines over New Year’s 2013/14, when Sri Lankan media erroneously reported that she’d been put under house arrest during a visit to the country. It turned out that the government of Sri Lanka was indeed displeased with her human rights advocacy but didn’t actually detain her.

More recently, she got the House of Commons to adopt a motion calling for the government to work with provinces and First Nations communities to develop a national plan to eradicate child poverty. It passed by a vote of 269-1, with a single Saskatchewan Conservative dissenting.

Running against her is Liberal candidate Shaun Chen, the TDSB trustee who stepped down as the board’s chair when the election was called earlier this summer. Though his colleagues voted him to the top post only in December (and he won his party’s nomination in January), the title figures prominently in his official bio.

The Conservatives are fielding Ravinder Malhi, whose website boasts of her extensive credentials in the Indo-Canadian community and includes four beauty pageants in the list of her volunteer experience. 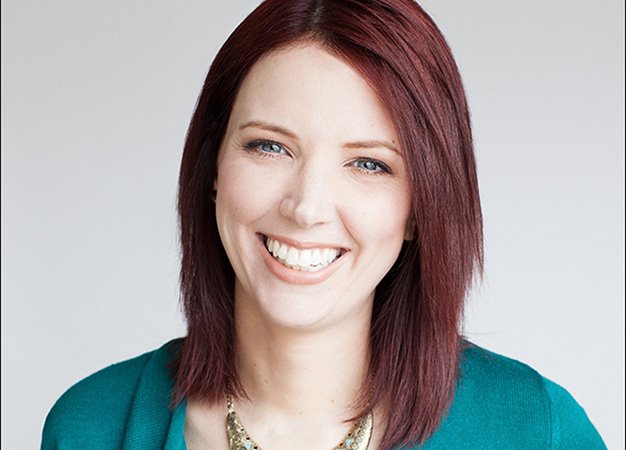 RECENT HISTORY From Little Italy in the southwest to Moore Park in the northeast, this new riding takes in the northern halves of the old Trinity-Spadina and Toronto Centre. The NDP’s Olivia Chow took Trinity-Spadina with 54.5 per cent of the vote in the 2011 election, but the Liberals’ Adam Vaughan won the seat with nearly the same share in the 2014 by-election. Both of them, however, have opted to run in Spadina-Fort York.

The semi-incumbent here is Liberal Chrystia Freeland, who won Toronto Centre with 49.4 per cent to the NDP’s 36.3 per cent in a 2013 by-election. Now she has to try to repeat that in a riding that’s not nearly as reliably Liberal.

DYNAMICS NDP candidate Jennifer Hollett (no relation to NOW editor/publisher Michael Hollett) is a former MuchMusic VJ and CBC journalist who earned a master’s in public administration from Harvard before returning to Toronto to become the perky new face of the NDP in the city. She lays out her personal story in a campaign video, From Much VJ To NDP Candidate, that’s a textbook example of the Marshall Ganz school of campaigning through public narratives it also includes a clip of her interviewing Beyoncé.

Freeland is likewise a Harvard-educated ex-journalist, but her career took her through the management side of business news. On the one hand, she wrote a 2012 book called Plutocrats: The Rise Of The New Global Super-Rich And The Fall Of Everyone Else. On the other hand, she’s also responsible for such gems as the 2008 Financial Times column Sarah Palin Is A True Feminist Role Model. Her party’s critic for international trade, Freeland has often seemed far more enthusiastic about foreign policy than local issues. Paraphrasing an unnamed “Liberal insider,” the Globe’s Jane Taber wrote that Freeland “is viewed, rightly or wrongly, as not paying as much attention to her riding as she should.”

The Conservative candidate, meanwhile, is Karim Jivraj, whose website features a photo of him posing alongside Mayor John Tory. It was taken at Prime Minister Stephen Harper’s June announcement on transit funding – just a few minutes before Tory told the press that he wouldn’t be involving himself in the federal election. (Asked for comment, the mayor’s office says that Tory has “been to several events recently where there’ve been similar situations” and reiterates that he’s “going to stay uninvolved.”) 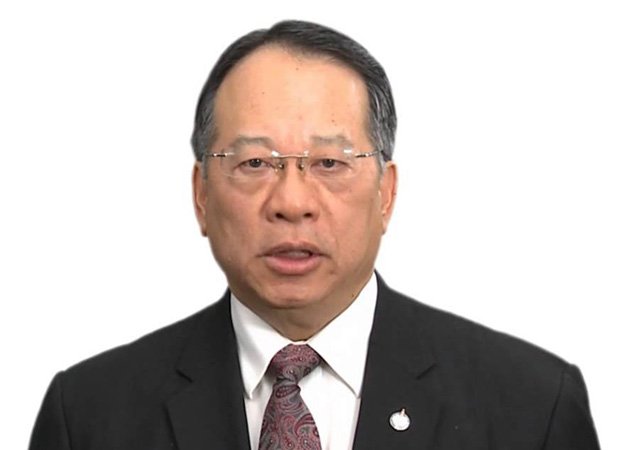 RECENT HISTORY Pretty much just the western half of its former self, the redrawn Willowdale now has Bayview as its eastern boundary, with the rest carved off for the new Don Valley North. Like much of Toronto, it used to be a safe Liberal seat, until 2011.

Former international trade minister Jim Peterson was the MP from 1980 to 84 and then again from 1988 until his 2007 retirement. Martha Hall Findlay, who ran for the Liberal leadership in both 2006 and 2013, won her only two elections in 2008: she got twice as many votes as her Conservative opponent in the March by-election but just one and a half times as many in the fall general election that followed. In 2011, Conservative Chungsen Leung beat her by a super-small margin: 41.7 per cent of the vote to her 40.0 per cent. (The NDP got less than half that.) Hall Findlay isn’t running this time around.

DYNAMICS Working in Leung’s favour in this diverse riding: he’s the parliamentary secretary for multiculturalism, speaks five languages (English, Mandarin, Cantonese, Taiwanese and Japanese) and plays the bagpipes. Working against him: he lives in Richmond Hill (where he ran and lost in the 2008 election) and this past January was caught on camera asking Iranian-Canadians who complained about Canada’s visa policies, “If you like Iran so much, then why do you come to Canada? Why are you here?” The riding has a large Persian population the stretch of Yonge north of Finch is sometimes called “Tehranto.”

The Liberals are putting up lawyer Ali Ehsassi, who (per an iPolitics profile) was born in Switzerland to an Iranian diplomat, grew up in New York City and moved to North York with his family after the 1979 Iranian Revolution. He’s such a passionate Liberal that when he was seeking his party’s nomination, his promotional video pointed out that the riding boasts the church where Lester B. Pearson’s father “likely” instilled in his son the value of Canada standing as a beacon to the world. “We essentially typify that Pearsonian vision here in Willowdale,” he proclaimed.