A Field In England

A FIELD IN ENGLAND directed by Ben. 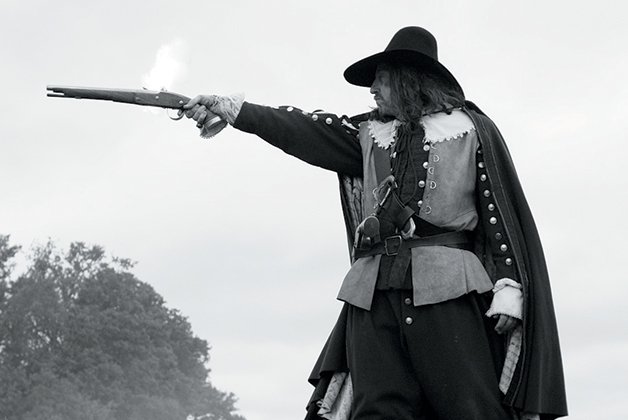 Michael Smiley takes aim in A Field In England.

After Kill List, Sightseers and his contribution to The ABCs Of Death, British maverick Ben Wheatley returns with his oddest work to date – and that’s really saying something.

It’s 1648, and a cowardly servant (Reece Shearsmith) finds himself among a ragged group of English Civil War deserters commanded by a maniac (Michael Smiley) bent on finding the treasure he’s convinced is hidden somewhere in the eponymous location. Digging ensues, and also madness, divination, social disease and shovels to the face.

Shot in widescreen black-and-white by Laurie Rose and edited by Wheatley and screenwriter Amy Jump, it’s alternately beautiful to behold and utterly assaultive. And though it’s being sold as a psychedelic picture, please do not take any mood-altering substances beforehand. Your head might explode.