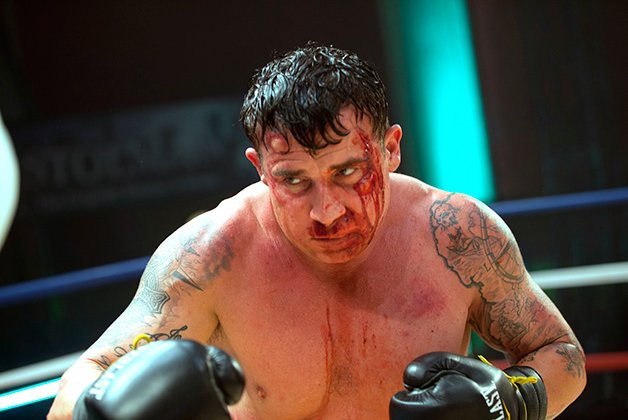 Dominic Purcell puts up a good fight but is done in by cliches.

A Fighting Man is what you get when you toss every boxing movie cliché into the ring and let ’em battle it out.

A lot’s at stake for both men. Sailor’s feisty Irish immigrant mom (Sheila McCarthy) has cancer, and the prize money could make her wish to visit the Old Country come true. He’s also battling his inner demons: memories of his abusive dad, a mysterious tragedy involving a woman named Diane (Famke Janssen). King, meanwhile, has a junkie mom, a porn-career past and a pregnant wife.

All of this is revealed through copious flashbacks during the fight as the two men spar and punch and director Damian Lee’s camera tracks around the roaring crowd, finding actors – hey, is that James Caan? Lou Gossett Jr.? Adam Beach? – and filling in their characters’ backstories.

The device becomes tiresome long before 10 minutes have gone by, let alone 10 rounds, but the fight sequences are competent and the actors have their moments. McCarthy adds freshness to her wisdom-dispensing ma, and look for a tense, understated scene between Janssen and Arlene Duncan set in a bar. It’s a knockout.