HASTINGS, Ontario Montana Jones leads me up a broad hill rising behind her farmhouse to escape the smoke from. 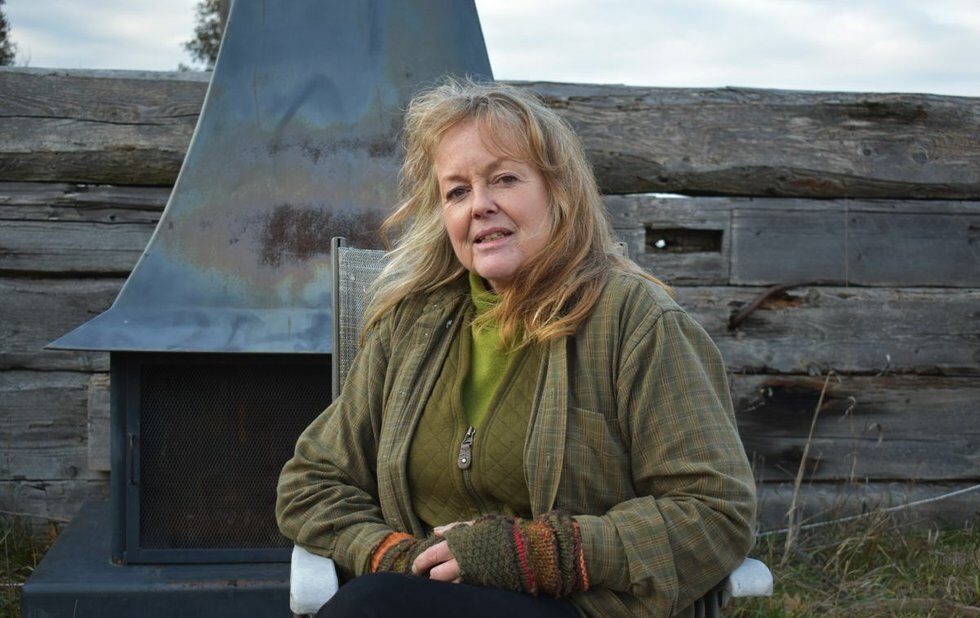 HASTINGS, Ontario Montana Jones leads me up a broad hill rising behind her farmhouse to escape the smoke from the shed where her son Fox is turning pork bellies into bacon. At the top, we get a view of the 100-acres of rolling farmland Jones stands to lose after a protracted legal brawl with the Canadian Food Inspection Agency (CFIA).

I cant imagine not being here, she says, pointing to a pond in the distance she created to attract eastern bluebirds. It took until last year, and finally they arrived. And now theyll be here forever. All Jones ever wanted was to protect her flock of heritage Shropshire sheep from extinction. But instead of the usual coyotes, she ended up battling the Canadian government.

Jones a former magazine art director, now shepherd spent more than a decade curating the heritage bloodlines of her rare Shropshires. But living a quiet life is no guarantee you will find peace, she once said.

And in 2010 the CFIA accused her of selling a sheep with scrapie to an Alberta farmer. The disease, which affects the nervous system of goats and sheep, is fatal. The government put her farm under quarantine, which all but shut her down. Joness heritage flock was ultimately destroyed by the CFIA in 2012.

On November 28, Superior Court judge Laura Bird threw out six charges against Jones, five involving alleged violations of the Health of Animals Act and one charge of conspiracy relating to the alleged removal of the sheep from Joness farm.

After more than four years in court, the case was finally dismissed for violating Joness Charter right to be tried within the 30-month ceiling established by the Supreme Court of Canada. But for Jones, that legal victory rang hollow. Evidence heard at the preliminary hearing suggested the scrapie may not have come from Joness farm after all.

And the decision robbed Jones of a chance to challenge the act that empowers CFIA staff to take control of farmers property on suspicion of animal disease, whether or not it poses a threat to human health or Canadas international trade obligations. Without time limits or procedural safeguards, lives and livelihoods can be destroyed. This happens all the time across the country, says Joness BC-based lawyer, Shawn Buckley.

Jones feels the chill November wind at the top of the hill, and we retreat to the barnyard.

When the CFIA called about the Alberta scrapie sheep back in 2010, Jones was perplexed. Shed seen none of the symptoms in her sheep: no missing chunks of wool from scratching, no odd bunny-hop gait. A mistake must have been made.

Later before the Crown won a publication ban a 2011 internal email surfaced in which CFIA investigator Mark Murdoch concluded there was no proof the scrapie sheep was Joness. Yet the agency persisted in pursuing her, keen perhaps to show trading partners how hard its working on eradication.

After the CFIA conducted live biopsies on Joness flock and found nothing, they said the only way to know for sure was to kill the animals.

Jones came forward with alternative proposals, including maintaining quarantine. But the CFIA, pissed from the beginning, she says, would not budge. They believed her sheeps genotype was particularly susceptible to scrapie. Jones went public, in a move that she acknowledges may have irked the bureaucrats. They [the CFIA] were really surprised. But I did not want my sheep killed! Government-funded farming organizations backed away from her fight.

But using social media, Jones collected over 13,000 petition signatures and created a crowdfunding campaign video that earned 237,000 shares. Rare breed advocates and the Canadian Constitution Foundation stepped up, and others expressed support. I did not feel alone in this, Jones says.

When one of her pregnant ewes got sick, a CFIA veterinarian diagnosed it as toxaemia, but post-mortem tests showed scrapie, which again didnt make sense. The agency refused to allow third-party testing. A destruction order had already been issued for Jones’s flock over the sheep sold to the Alberta farm that CFIA suspected of scrapie. Jones was told to dig a grave large enough for her 31 sheep. The CFIA planned to drive off with their heads, leaving the bodies for Jones to bury.

But Joness sheep had already gone missing on April 1, 2012. The Farmers Peace Corps claimed responsibility. After raw milk farmer Michael Schmidt already in the governments cross-hairs for his activism posted a video congratulating the sheepnappers, he joined Jones in facing conspiracy charges.

The missing sheep were found in June on a distant farm and destroyed. That September, the CFIA were on the hunt again for four more of Joness lambs. They found them holed up with Jones behind the locked door of her house.

A finding of scrapie isnt a disaster for all sheep farmers. They keep it quiet, hand over whatever sheep the CFIA wants and pocket a typical $1,200 per head in compensation, a premium over their healthy market value. They can then start over, free of the taint of ever having run a sick farm. But compensation is discretionary Jones says she hasnt yet received a penny for her losses.

Jones frets when I set up to take her picture. She doesnt want that broken barn door to show in the background. Spending years in and out of court has been a huge distraction from farm maintenance.

From day one of the legal fight, the Crown dawdled, coughing up 14,000 pages of disclosure documents in a strategy that looked designed to exhaust any would-be government challenger.

Joness small army of supporters marvelled at her strength, unaware she had started breaking up inside.

She remembers the morning CFIA investigators appeared at her door with a search warrant and police in front of her house. Agents searched for 12 hours, seizing electronics, personal letters, even phone doodles. Officers held positions around her property.

Later, watching CFIA agents she knew by name take the stand against her during the preliminary hearing in court, Jones began to ruminate on her experience. Depression and the first signs of post-traumatic stress disorder had begun to set in. And then she hesitates to recount it something called excoriation disorder, a compulsion to rip her skin to the point of tissue damage. Its thought to be a way to cope with turmoil.

Oh, come on, she told herself, youre stronger than this. But it was almost like a little Trojan horse had gotten into me. To watch her fighting spirit so devolve left Jones feeling ashamed. Not only had she failed to protect her sheep, but now she felt like she was also letting her supporters and herself down.

Joness condition, documented in photographs, helped persuade Justice Bird to dismiss the case. She has suffered real and substantial prejudice, she wrote in her decision.

I have this new excitement about being able to feel the land differently and live the next seven years differently than the last seven. If there were a cabin, Id just go back there and be happy. I dont necessarily want to leave, I just want a slightly different perspective.

But her future remains in limbo. When the farms income disappeared, her property taxes quadrupled. She will lose the farm unless a private lender steps up. After that she can only hope the CFIA sees fit to lift the quarantine.

But resurrecting her flock of rare-breed Shropshires would be no easy task. And after seven years on ice Jones is a shepherd approaching 60 shes not sure she has the wherewithal to do it all over again, even if she doesnt regret taking a stand.

UPDATED Thursday, December 15, 8:11 am An earlier version of this story erroneously stated that Jones’s sheep had gone missing the day before CFIA issued a destruction order for her flock.