A matter of Trust 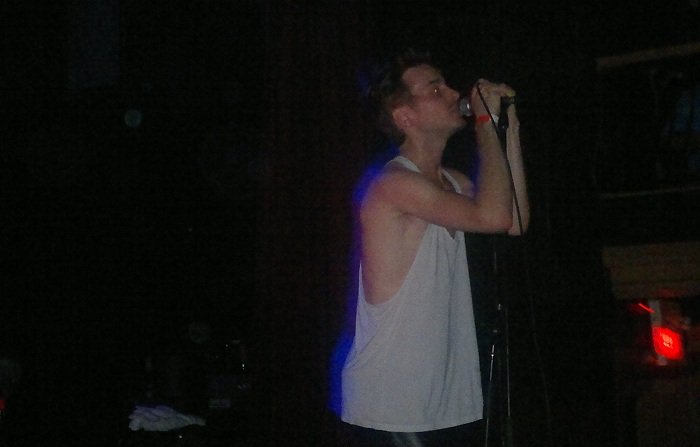 The perils of naming your band Trust: not only are you practically un-Google-able, but English metal band Iron Maiden in town on their own tour will show up backstage at your gig thinking that you’re the ‘80s French rock band of the same name and then leave in disappointment upon realizing that you’re a gloomy acid trance band from Toronto.

If the Maiden had stayed for the show (or if Alice Cooper, who was also on the list, had bothered to show up) they would’ve witnessed a hometown love-in for the group, which has attracted a fair number of frenzied followers that arrived ready to rave.

So sweltering was the Great Hall that rakish singer Robert Alfons seemed to be glistening in sweat from the opening few bars of the first song.

His distinctive, croaky baritone often sounded on the cusp of being swallowed by very loud, pounding industrial dance beats and strident synths.

For the most part, the audience matched the energy of his raver dance moves and, despite the unintelligible lyrics, enthusiastically sang along whenever possible.