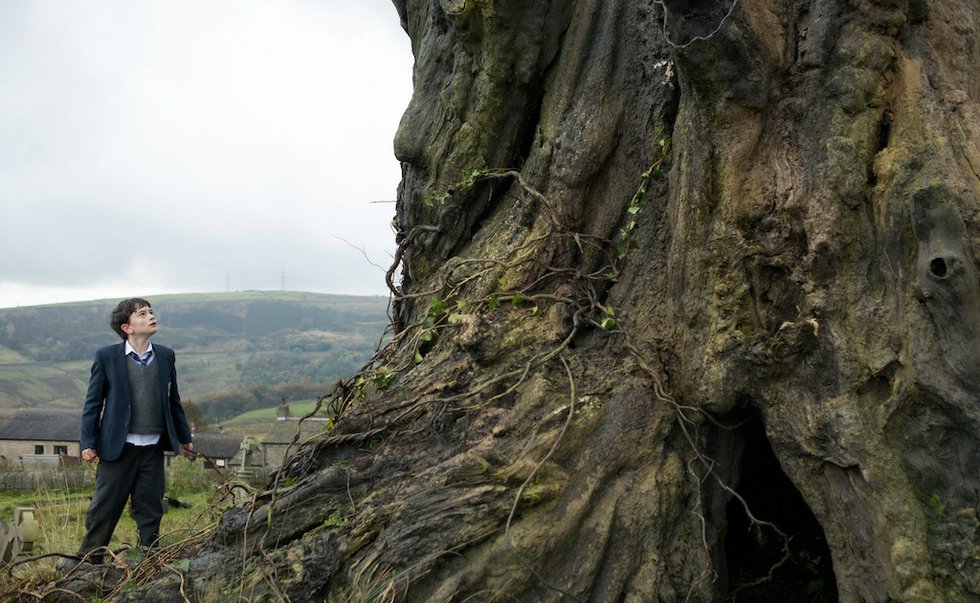 After the naturalistic disaster of The Impossible, Spanish director Bayona returns to the dark, fantastical realm of his 2007 breakout The Orphanage for another tale of mothers, children and death.

This one – based on Patrick Ness’s 2011 novel – follows Conor (Lewis MacDougall), a bullied 12-year-old in a small English village whose mother (Felicity Jones) is slowly dying of cancer. And then, one night, a giant tree monster arrives at his window promising to tell him three stories in exchange for a fourth.

Bayona realizes the monster’s stories in impressionistic animated sequences, and makes the CG monster – visually a cross between Swamp Thing and Groot from Guardians Of The Galaxy, and voiced with tenderness and fury by Liam Neeson – as “real” as possible. But the material doesn’t echo Conor’s home life in quite the way Bayona wants it to instead of feeling like an eerie parallel, it plays as a distraction from an urgent family drama.

And if you can’t connect to the story – as I couldn’t – A Monster Calls just feels awfully manipulative and hollow.