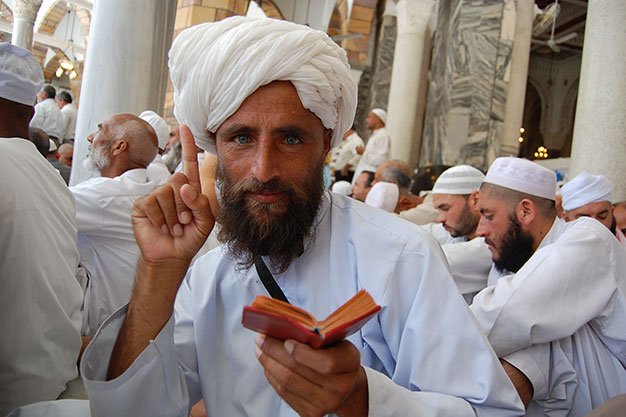 In his follow-up to A Jihad For Love, Parvez Sharma makes himself the focus while fulfilling his Islamic duty by making a pilgrimage to Mecca. He takes a lot of risks while he’s at it: he’s a Sunni among millions of Shi’ites, he’s carrying a camera, and he’s a gay man.

Along the way, he scoffs at what he calls a Mecca of capitalism and is appalled by how visitors trash the holy sites.

Shots of the masses of pilgrims are spectacular, especially those of the millions circling the Kaaba, one of five required rituals, but the emotional core of the film is what stands out: Sharma’s identity crisis as a devout gay Muslim.