A time to shoot your mouth off, not your gun

Why didn't police officers try to talk Sammy Yatim down? Had they done so, the outcome would likely have been very different. 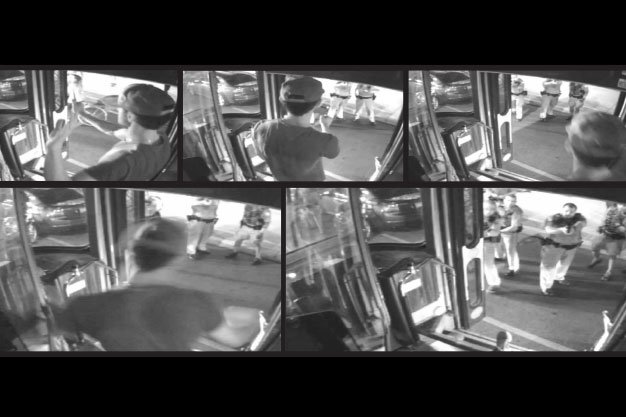 The crucial few seconds before Sammy Yatim was shot.

The crucial few seconds before Sammy Yatim was shot.

When evaluating other possible approaches to Sammy Yatim’s police shooting death, it’s important to note that there was no one else on the streetcar at the time of the confrontation, and thus no one in immediate danger.

A number of coroners’ inquests into other deaths have recommended that police should use verbal de-escalation techniques, or “soft communication approaches,” when dealing with people armed with knives or other edged weapons who are experiencing emotional crisis.

As far back as 2007, a recommendation of the inquest into the death of O’Brien Christopher-Reid was that Toronto police place greater emphasis on “soft communication approaches when situations warrant.”

The 2014 inquest into the deaths of Reyal Jardine-Douglas, Sylvia Klibingaitis and Michael Eligon recommended that police be trained “to stop shouting… commands and attempt different defusing communication strategies” if the person has failed to respond to standard initial police commands like “Stop – police,” “Police – don’t move” and/or “Drop the weapon.”

The 2014 report by Justice Frank Iacobucci commissioned in the wake of the Yatim shooting proposed that police training place more emphasis on “highlighting communication and de-escalation as the most important and commonly used skills of the police officer, and the need to adjust communication styles when a person does not understand or cannot comply with instructions.”

The communications that took place between police officers and Yatim were almost entirely captured by a TTC recording.

Other officers: “Drop the knife.”

Officer: “You take one step in this direction and I’ll shoot you, I’m telling you right now.” Yatim takes a couple of steps backwards.

Other officers (yelling): “Don’t move,” and “Drop it.” Yatim takes a couple of steps forward and is shot dead.

What might have happened had the officers recognized “the need to adjust their communication styles”?

What if an officer had asked Yatim, “How can I help you?” Or “Is there anyone who can help you?” Or “What is your name?” Or “Why are you calling me a pussy?”

No one can say for sure how Yatim would have responded. But psychiatric evidence presented at inquests and common sense both suggest that there was at least a reasonable chance of success. As long as he remained alone on the streetcar, there was no urgency.

Officer: “How can I help you?”

Officer: “I’d really like to help you. Why are you so angry with me?”

Officer: “Is there anyone who could help?”

Yatim: “There’s no one here but pussies. All pussies.”

Officer: “Maybe we can get someone else here who could help? Want me to get someone?”

There is a reasonable chance that Yatim, if prompted, would suggest someone – a relative, a friend – who could help. He’d earlier asked the streetcar driver for a phone with which to call his father. The police officers were unaware of that, but the fact that Yatim had wanted to contact his father makes the following seem very plausible:

Yatim: “My father. I want to talk to my father.”

Officer: “How can I contact your father and ask him to help you out?”

Yatim: “I don’t want you to ask him I wanna talk to him. Give me a fuckin’ phone.”

Officer: “But I don’t want to get stabbed by your knife.”

Officer: “Will you put down the knife?”

Then Yatim calls his father, who convinces him to put down the knife and surrender. Or Yatim can’t reach his father, or never mentions his father, and the conversation continues.

Officer: “Sorry you couldn’t reach your dad. I know we’ll be able to reach him eventually. Will you put down the knife?”

Officer: “Please tell me what’s bothering you so I can help.”

Officer: “How do you know I can’t help?”

Yatim: “Because you’re a pussy cop.”

Officer: “That’s not fair. You don’t really know me. Give me a chance to try to help.”

Officer: “You look like a nice young man. Something is bothering you. I want to help.”

Unfortunately, the officers made no attempts to find other ways to resolve the situation. Yatim was dead within a minute of their arrival on the scene.

Peter Rosenthal is adjunct professor of law and professor emeritus of mathematics at the University of Toronto. He has represented the families of victims of police shootings at several coroners’ inquests.