When NOW made A Tribe Called Red the. 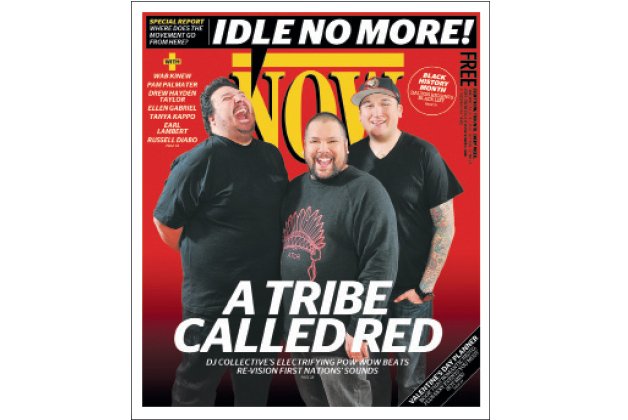 When NOW made A Tribe Called Red the cover subject of our February 7, 2013 issue, the First Nations DJ collective had just been long-listed for the Polaris Prize.

On March 30 they added the Juno for breakthrough group of the year to their resumé, and, even better, their category was included in the national telecast.

The band, whose innovative blend of underground club sounds and pow wow music fuels their Nation II Nation disc, which was nominated for best electronic album, expressed gratitude for the award and deep appreciation for what it means for aboriginal artists.

Too bad they didn’t get to perform. Not only would they have inspired their community more directly, but they’d also have added to the diversity factor, which was almost completely lacking at the ceremony.

This has been a chronic problem for the Junos, whose producers seem to think people will turn off should a black, brown or First Nations person appear on the screen. Ridiculous, of course.

Okay, Drake couldn’t make it. But he’s not the only artist who could have represented Canada’s vibrant and diverse music community.

If the list of nominees from which the performers are chosen doesn’t reflect that range, there’s got to be a huge problem with the entire process.