NOW MagazineNewsA tunnel of one’s own

A tunnel of one’s own

If the Ikea monkey had shown up in todays Stephen Harper-fuelled, terror-crazed environment, the paranoia-pushing PM would have tried to. 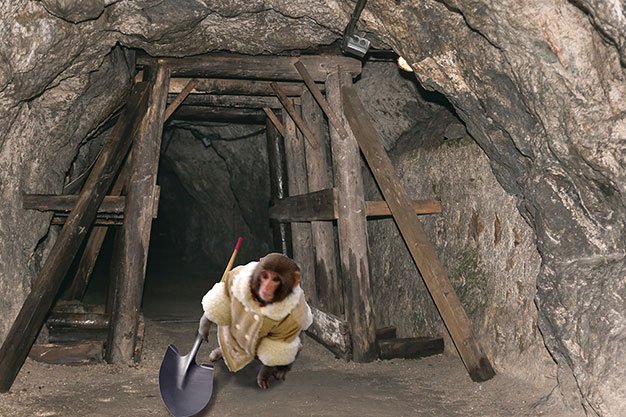 If the Ikea monkey had shown up in todays Stephen Harper-fuelled, terror-crazed environment, the paranoia-pushing PM would have tried to convince us that that cute li’l shearling jacket was a suicide vest.

Flee the monkey, grab your kids. And for God and Canadas sake, vote Conservative, keeping our homeland safe from adorable animals since 2006.

Thankfully, another manufactured terror alert has just passed, and this allegedly enemy-surrounded nation can issue a trembling all clear, for the moment. Turns out that rosary festooned tunnel up at York University was not created by Osama Bin Ladens construction company but by a coupla goofs looking for a place to hang out whats often colloquially referred to as a man cave (but of course, here at NOW Magazine we call them person caves).

By the way, York Universitys underground is creased with ‘utility tunnels’ stuffed with wiring and all manner of subterranean services required by the giant institution. Please no one share this confidential info with any of their friends in ISIS, Al Qaeda or, I suppose, the now-on-strike TAs at the way-up-there campus.

The great news is that the latest terror alert was a figment of a national fear-mongering fever dream. Almost as good is the news that we can build man caves wherever the hell we want to. The Toronto cops more or less say so.

Where are you going to build yours? I know my teammates on my Downtown Toronto Mens League hockey team, the Black Stokes Go Stokes! have often dreamt of a private place to have a couple of beers and watch the Leafs lose after one of our matches. Im thinking the grounds of de La Salle College, adjacent to the rink we often play at would be awesome. Hell, with the nice leisurely valley slope of the beautiful colleges campus grounds adjacent to majestic Avenue Road, there might even be room for a nice sky light in our tunnel to afford a lovely view of downtown.

Or a tunnel/cave at Queen’s Park might be just the thing. A wonderful park setting, conveniently close to NOWs Church and Shuter Street offices, this off-the-grid hideaway could be the perfect hangout that could do double-duty as a spot for our Ontario legislative reporters to go after watching Kathleen Wynne deny criminal allegations. Who couldnt use a little cozy downtime in a tunnel after a grueling QP session? Or would having a business use for the tunnel cancel the cops blessing on public digging?

But when I really dream of the perfect place for my personal cave Id have to say somewhere near the lovely shores of the mighty Don River, close to my Flemingdon Park childhood home. My buddies and I spent a lot of time carousing in the valley adjacent to our low- and high-rise, jammed together homes. There was plenty of peace in the valley (as well as scary teenagers with guns and creepy dudes trying to coax us to follow them).

But our own tunnel? A dream come true. We created a few lean to play area/forts there as kids with plywood and hoardings we had liberated from ever present construction sites in Flemo. Even the York U (non) terror tunnel was created with borrowed supplies. But our own tunnel away from prying parents eyes and safe from scary teenagers — a literal dream come true. And now its not too late for me to realize this dream as an adult. Just grab me a rosary, a Remembrance day poppy, beer fridge and flat screen TV and were good to go. Just got a start digging. If you help me dig you get to share in the tunnel. You in?

So where you building yours in this lush and lovely, wide open city? Who needs a costly cottage and all of those annoying neighbours and jet skis when the city can be your playground?