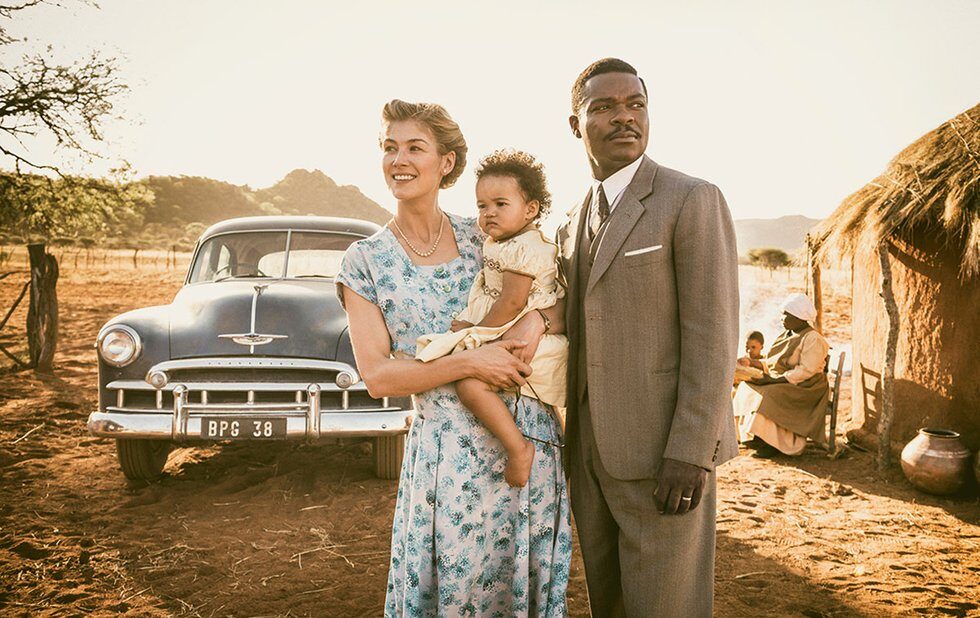 Asante’s follow-up to Belle tells the story of Ruth Williams and Seretse Khama, whose courtship and subsequent marriage scandalized both their nations in the years after the Second World War: she was a London commoner, and he was the future king of Bechuanaland. (Also, he was black and she was white.)

On its face, A United Kingdom is a story of a couple following their hearts in the face of prejudice, which is a story we’ve seen time and time again. And while Asante does have the unavoidable scenes of parental disapproval and political gamesmanship, she finds a new angle that makes the whole thing immediate and real.

As played by David Oyelowo and Rosamund Pike, Khama and Williams aren’t stoic martyrs or noble heroes, just two people who are utterly blindsided by the depth of their love. They’re scared and awed by one another, and that vulnerability makes them into human beings rather than icons.

The result is an intimate romantic drama that just happens to play out on the world stage.