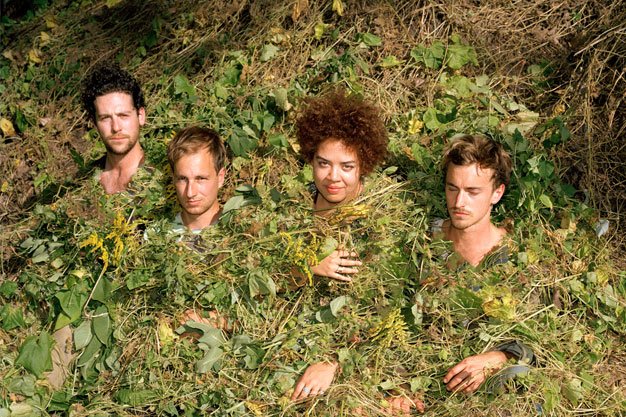 Christmas parties, holiday fetes and Festivus gatherings – December is rife with merry-making and concerts. But in true punk spirit, local label Buzz Records is celebrating the dark side of the calendar’s marquee holiday with A Very Special Krampus Party.

A very special what? Krampus, for those not in the know, is a disturbing mythical creature (think a satanic ram) who chases children through the streets and leaves the naughty ones a wooden stick rather than a traditional gift from St. Nick. (And we thought a lump of coal was bad!)

So in the spirit of that “holiday” (which is “celebrated” this weekend), we asked five of Buzz’s local bands this question: on tour this year, have you been naughty or nice?

“I think we’re all total nerds so we can’t have been that naughty. The worst we did was throw some stuff out of a dressing room window while giggling like idiots, then we accidentally smashed a giant vase – possibly while high. We also stole a bottle of whiskey off the guy from Bloc Party. I dunno, is that naughty or just stupid?”

“Well done with a side of saucy. No animals were harmed, just brain cells and ear decibels.”

“Very nice. We sing a lot in the car. And most recently our bassist, Zach Bines, and I got funny little tattoos in Montreal – he an almond and myself a tiny slithering snake. Is that a good or bad thing?”

“Knowing we had a lot of distance to cover, and the fact that we wanted to play the best shows we could, we didn’t get too naughty. At least that’s what we can say on record.”

“The band was nice to everyone on tour this year except those dumb cops who gave us those dumb tickets for doing nothing at all. Everyone else got hugs and kisses.”

Whether you’ve been good or bad this year, Buzz has a special gift in store at the show: Garrison-goers will be privy to a limited run of Buzz baseball cards, featuring each band in cartoon glory (like punk four-piece HSY, right), with a link to a downloadable label sampler on the back.