Eventually, I would run out of savings and favours. I started to understand how easy it is for war vets to become homeless. Would this be me? 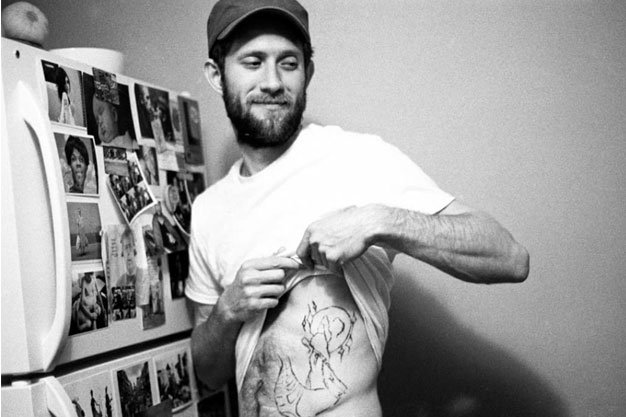 All U.S. war resister Corey Glass wants is to come "home" to Canada.

I’m not going to bother to tell you that the Iraq War was wrong or quote the UN handbook on refugees, Geneva Conventions, Nuremberg principles or trials.

Nor am I going to try to convince anyone that soldiers should have the right to say no, that prosecution for a belief is persecution, or that recruiters lie. There’s no reason to talk about that, or about how Canada didn’t take part in the Iraq War. Or why Canadian troops are in Iraq now.

Everyone knows what happened and can find information on all that online. I’m fine with my choices. I have to deal with the repercussions of them every day.

I didn’t take the easy road to do what I believe was right. And I don’t really feel I need to convince anyone otherwise.

I will talk about what has happened to me since I quit the U.S. Army, went to Canada to escape the war and, after eight years trying to build a life there, was told I had to leave.

After a very nice going-away/birthday party with friends at the Tiki Bar above one of the best spots in the city, the Bovine, I packed for my indefinite vacation. (In eight years it’s surprising how much stuff one person can accumulate.) I decided to work my way east. After some heartfelt goodbyes, I boarded a plane to Ireland, where there’s a sizable anti-war movement. Guess what other nation didn’t send soldiers to Iraq?

I lived in dive bars covered with graffiti and was taken under the wing of a local activist who was frequently arrested trying to shut down Shannon Airport for flying American troops to Iraq.

I didn’t have a chance to connect with the punk rock scene, but did manage to find a Tim Hortons in a convenience store. It was the pump garbage kind, but it was a nice taste of home. That’s right, I said home – I’d been in Canada for so long I thought of it as home. Instead of being sad about it, I decided to go to Tramore beach.

From there it was Waterford, where I helped out around a hostel for room and board. I ended up fixing the place up a bit and making a few buddies.

Next I headed to Holland, where I met up with an old pal from college. After many beers and smokes, I woke up two days later. And it was onto a sail boat that needed an extra set of hands to sail the canals to Calais, France, and across the English Channel to London. But we never made it. The mast broke so we had to stop in Rotterdam, where I stumbled onto a pay-what-you-can café where I helped out for a few days. They were happy to have me.

While taking a tour through the maritime museum, I received a call from a reporter who was covering the story of André Shepherd. Shepherd is the first Iraq War veteran to pursue refugee status in Europe. The reporter invited me to tag along to the trial in Luxembourg. (On November 12, 2014, the European Court of Justice ruled that Shepherd had the right to claim asylum in the European Union despite the fact that he was a noncombatant.)

After a week and a half of blazing through countries, I eventually ended up in Frankfurt, Germany. It was a Sunday. This was the first time I’d been alone. I needed time to get sorted. I missed my train. Lucky for me, most bars are open 24 hours, and I just needed to wait till the next morning for another train. But it was a hard night. It set in that my situation might be permanent. How could I travel forever? I asked myself. Was there a way to just live somewhere and have a normal, simple life? This was all I ever really wanted.

Eventually I would run out of savings and favours. I started to understand how easy it is for war vets to become homeless, remembering the vets holding signs to that effect from my younger days in Manhattan. Would this be me? Would a government change in Canada allow me to come home? What if Shepherd wins asylum? Could Germany be a home someday? All these questions made me anxious, so I ordered a shot of Jameson.

What would happen if I just went back to the States? Maybe they would take it easy on me? They didn’t on Chelsea Manning – 25 years for whistle-blowing. I’d be 57 when I get out. For quitting a job? Fuck that! More angst. Another shot.

I remembered losing friends back in the U.S. because of my choice to resist going back to war in Iraq.

A childhood friend who I had joined the service with – he hated me for leaving – called me out of the blue that night. We spoke for about an hour. He apologized for being angry with me. He was out of the military now and said I’d done the right thing. He wished he’d left, too.

He’s an alcoholic now, and said the VA was not giving him support for his PTSD. After three tours, he was all messed up with nightmares. His wife was leaving him, and he was about to lose his job, the sixth in the last year. He wanted to die and wished he had in Iraq. He cried hard into the phone and said he was sorry.

I tried to remind him of the good times we had back in Fairmount. We spoke about Josh and Dustin, two friends who gave their lives in Iraq for this bullshit war. I told him we have to keep on carrying the torch for them and do our best. I assured him things would get better.

I didn’t bother telling him about my struggles. He had enough on his plate. After sharing one last shot together over the phone, we disconnected. I told him we’d see each other soon and not to hesitate to call if he ever felt like taking a long trip or needed to talk. Morning eventually came and I caught my train to somewhere I’d be safe and warm – at least for the next few weeks.

Corey Glass is a former National Guard sergeant from Fairmount, Indiana. He served at Camp Anaconda in Iraq for five months during the second Gulf War.