Actor puts the pedal to the metal in auto actioner 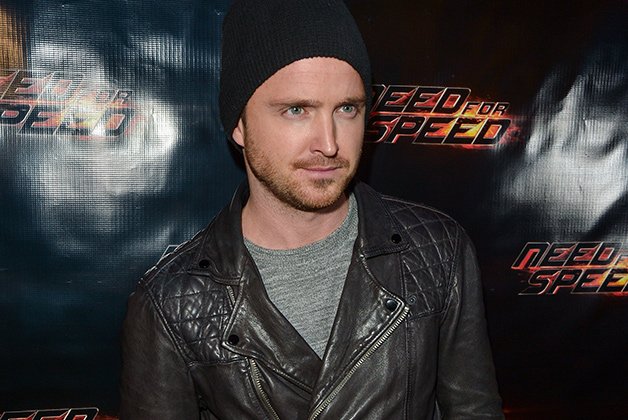 Aaron Paul was being positioned to play the bad guy in Need For Speed, but Steven Spielberg kiboshed that idea. The head of DreamWorks Studios insisted instead that he play lead character Tobey, the heroic ex-con driven by vengeance as he races across states.

Like so many of us, Spielberg is a Breaking Bad fan.

“When I first sat down with Spielberg, Breaking Bad is all we could talk about,” says Paul, who played emo meth dealer Jesse Pinkman on the TV phenomenon. “He was watching season three at that time.”

Paul is the picture of chill during our interview in a Toronto hotel, dressed in a T-shirt and jeans while slouched on a couch alongside his Need For Speed director, former stuntman Scott Waugh. Paul bites his lip when anticipating questions and occasionally bounces up while answering. Get him excited and he reaches that recognizable deep bass in his voice, as if his lungs were subwoofers only a few hundred watts below James Earl Jones.

Paul might seem an unlikely choice to play a stoic, Steve McQueen-like action hero. But he didn’t need much convincing to get behind the wheel. A bit of a muscle car fiend, he owns a 1965 Shelby Cobra, though he rarely puts it to good use when idling in L.A. traffic.

In Need For Speed, he hits 120 mph and performs drifts, 360s and reverse 180s. The Gran Torino, customized Mustang and Agera he drives in the film are a far cry from Jesse Pinkman’s 1986 Toyota Tercel.

Like Paul’s meeting with Spielberg, our conversation naturally gravitates back to Breaking Bad. The show delayed Paul’s arrival on the set of Need For Speed, leaving Waugh scrambling to shoot whatever scenes he could without his star.

“I was supposed to be on the set two weeks prior, but Breaking Bad just kept going over,” Paul recalls. “The episodes were so big, and we were just trying to get it right because this was the end of an era. Scotty was like, ‘Hey, buddy, where you at? We got to get you here.’

“The final day of shooting Breaking Bad was very emotional, with hugging and crying. The crew got matching tattoos. Then I got on a plane and started work on Need For Speed at 6 am the next day.”

Paul’s departure from the show was rushed, but the Breaking Bad phenomenon isn’t over. While audiences are still discovering it thanks to Netflix and binge watching, Paul has reunited with Bryan Cranston and the rest of the crew on the awards circuit. The show racked up a few Golden Globes and is now headed for its victory lap at the Emmys.

“It’s like the longest goodbye in television history,” he says.

Aaron Paul recounts how his wife survived a plane crash:

Aaron Paul and Scott Waugh on the negative influence of street racing movies: