Aboard the UP Express

It takes about six minutes to walk from the Union subway station to the Union Pearson Express platform, located in. 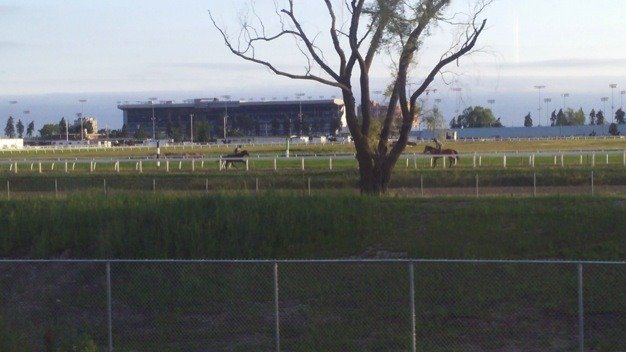 It takes about six minutes to walk from the Union subway station to the Union Pearson Express platform, located in the skywalk just east of Simcoe St. Id maybe allow 10 minutes, though, to account for shuffling commuters and more general traffic than I encountered at 6 am on Friday.

Ive been trying to take the TTC when I go out to Pearson. I live in Kensington Market, and its not that difficult to take a Spadina streetcar to the Bloor line. The total journey takes around an hour and a half, though, and sometimes you dont have that much of a window.

This morning, Im taking the UP Express because a) I have an 8 am flight, which doesnt give me a lot of wiggle room on getting to the airport and b) I love the idea of a train that takes you directly to the airport. When I fly into New York, I always arrive at Newark LaGuardia is the death of the human soul, and Newark connects to commuter rail. For $12.50, you can be at Manhattans Penn Station in half an hour.

The UP from Union to Pearson takes about as long, for twice the price: my ticket, purchased at the counter as the train waits a few feet away, is $27.50. (You can also buy tickets in advance at the UPX website.) One advantage that the UP has is that the train runs every 15 minutes, as opposed to the more creative gaps between arrivals at Newark.

The passenger compartment still has that new-train smell, which adds to the whole sense of zipping through the future. The seats are stiff and professional-feeling I dont get the sense that theyre expecting a lot of families to take the UP Express, even though theres a one-way family pass good for two adults and up to three children under 18.

There arent a lot of people on this early run, so I have my pick of seats. There are tray tables big enough to accommodate my tablet though I wouldnt want to balance a proper laptop on one and AC outlets at the wall. Theres no onboard Wi-Fi, but I assume thatll come when the Harper government starts getting really nervous about re-election this fall.

The train moves smoothly, if not particularly quickly, out of the city. We start to pick up speed as we clear Gladstone, zooming through Parkdale towards the Bloor stop.

I am taking notes and photos. Its nice. I realize I dont have the slightly nervous feeling I get when I take the subway out to the airport bus at Kipling, hoping that nothing goes wrong thatll screw up the next leg of the trip. This is one shot, straight out.

We go into a tunnel after the Weston stop, emerging alongside a speeding GO train. The track cuts through a cluster of townhouses and a sprawling golf course I had no idea there was a golf course out here. My only experience of this part of the city has been the view from the 427. The train slows down as we approach WICE, apparently so we can all watch people ride horses on a track just to the east.

The train is very quiet. Theres almost no one on this run just one guy whos having a very frustrating phone call about a missing ATM card and we arrive, as promised, exactly 25 minutes after we left. The Pearson station is built onto the airport monorail platform, so its just a couple of minutes through the parking lot into Terminal 1 (if youre flying out of Terminal 3, you get to ride the monorail! Whee!).

I am through security and at my gate at 7:01 am, seated and writing this piece. The trip was painless, and much cheaper than a cab ($50 or so) or an Aerofleet car ($58 from my front door to the terminal). If I wasnt travelling alone, a cab or Aerofleet makes more sense a return trip on the UPX is $53 per person, so you might as well take a cab for the convenience of it and of course the TTC option is substantially cheaper, if not quite as direct or as fast.

The UPX feels very much like a business option for business folks, but thats okay. This is a business trip.