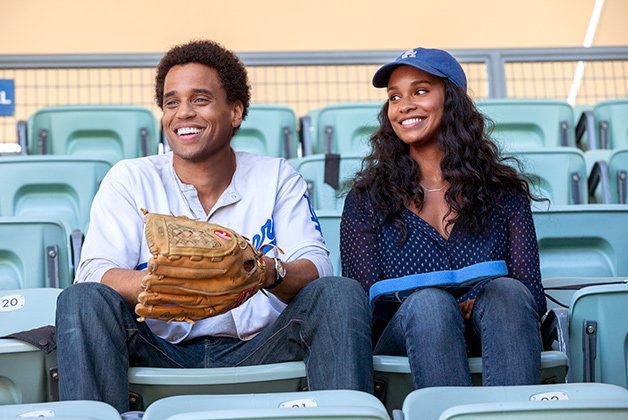 About Last Night features motormouth Kevin Hart in an update of the 1986 rom-com, which in turn is an adaptation of David Mamet’s provocative play Sexual Perversity In Chicago.

This will likely be the only occasion you read the names Mamet and Hart in the same sentence. That’s too bad, since the comedian, starring in his third movie in two months, has never been funnier.

He plays Bernie, well matched with the excellent Regina Hall as Joan, an on-and-off couple fucking and screaming on the sidelines while their adorable friends Danny (Michael Ealy) and Debbie (Joy Bryant) work through the growing pains of a year-long romance.

The drama around Danny and Debbie is familiar but also schematic, since they often seem to be just going through the motions. The fireworks in Bernie and Joan’s relationships, on the other hand, are a riot.

Other filmmakers have been satisfied to throw Hart into scrappy, contrived scenarios so that he could freestyle his way through scenes. Here, he’s working with real material thanks to the two degrees of separation from Mamet’s play. Hart’s comedic chops are given structure and purpose, and he has enough room to put his own stamp on Mamet’s acidic dialogue.

Sure, this may be watered-down Mamet. But for Hart, it’s 80 proof.