"We put on and sell out shows, and it's kind of a huge fuck-you to wrestlers and promoters who don't have respect for women." 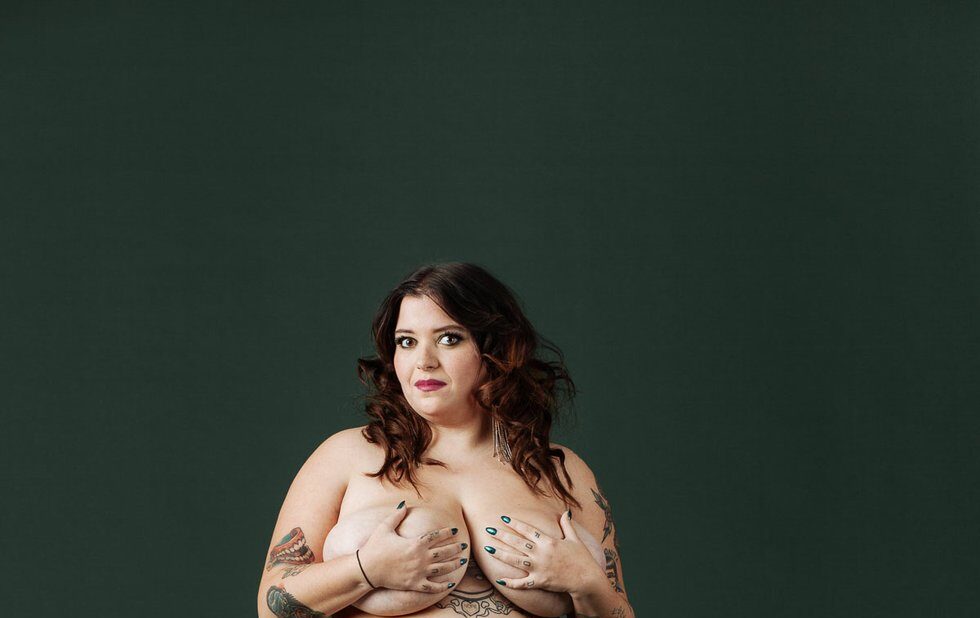 People say to me, “You’re so confident.” But there are good days and bad days. Usually it’s “This is me and I can’t do anything to change it, so I’m gonna have to enjoy it.” And then there are days when I’m like, “This is awesome – I’m fat and tattooed!”

All of my tattoos are kind of stupid and silly. [A sampling: “JUNK FOOD” on her knuckles, a T. Rex dressed up like Marc Bolan, and portraits of Weird Al Yankovic and John Waters.] One day I’m going to wake up and be like, “Well, that sure was a decision you made!” But I would rather have ones that are funny as opposed to ones that start out really meaningful and then you stop caring about them.

The biggest compliment I ever got came from John Waters while he was doing a talk here. He came over, gestured at me and was like, “This is everything. You look like you belong in one of my movies.”

When I’m wrestling, that’s a good [self-esteem] day. I look the least conventionally attractive when I wrestle, but I’m like, “This fits. I’m dressed like a cartoon character and nobody can say anything about it.”

I found out about the League of Lady Wrestlers and was asked to join, and somehow I’ve become one of the draws. I decided to be the big, fat monster character. Making people boo you is weirdly powerful, and almost more gratifying than trying to get them to like you.

I’ve always been a big fan of wrestling, but there’s a really sexist, racist, homophobic culture around it. I started training full-time and loved it, but I eventually left. I had to deal with people making rape jokes in class and being told I was overreacting. Now I’m in a space where I feel like I fit in, but that’s a subset of a sport where women don’t belong. We put on and sell out shows, and it’s kind of a huge fuck-you to wrestlers and promoters who don’t have respect for women.

I still do seminars and classes. I was training in Texas and went to pick up this guy for a power slam. He was like, “You’re throwing me effortlessly!” A dude might be twice my size and ripped, but I can knock him down because of my build. I’m short and have a low centre of gravity and I’m really hard to move.

I’m also chronically ill and have fibromyalgia and a bunch of other stuff, and people ask, “How do you do this if you’re in pain?” And I say, “I’m already in pain, so I may as well throw someone by their hair into a pole and have people cheer – or boo – me for it.”