Rating: NNNN With every release, Action Bronson rewrites his personal mythos. During his two-year career he's gone from a wisecracking, heavy-lidded. 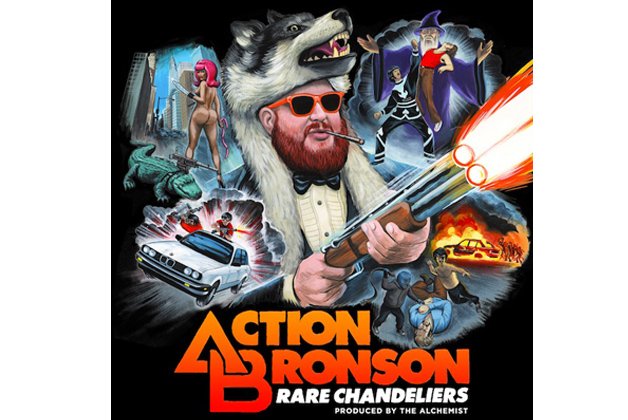 On Rare Chandeliers he reaches a self-referential apex, styling himself as a hyper-masculine Lothario: a fast-talking, cheeba-smoking, leather-jacketed action hero who has to “sip before he raps.” Though Bronson’s now more Eataly than Woo Chon (that is, less Queens, more downtown), he still raps about sex, cooking and blowing smoke with that shrill, aluminum flow and heaving, lip-smacking vigour.

The mixtape includes a roster of like-minded guests and was produced entirely by Alchemist, the L.A.-reared sample god who specializes in gritty bravura. On Sylvester Lundgren, Meyhem Lauren raps, “I spit for New York where we rep a different type of skill.” Rare Chandeliers is both soft-lensed yacht rap and roughneck hip-hop that’s as New York as pastrami and Waldorf salads.