Adam Benn: coordinator of Black Queer Youth (BQY), Essence and Get Out, all at Sherbourne Health Centre owner, Body by Benn Fitness

ADAM BENN: coordinator of Black Queer Youth (BQY), Essence and Get Out, all at Sherbourne Health Centre owner, Body by. 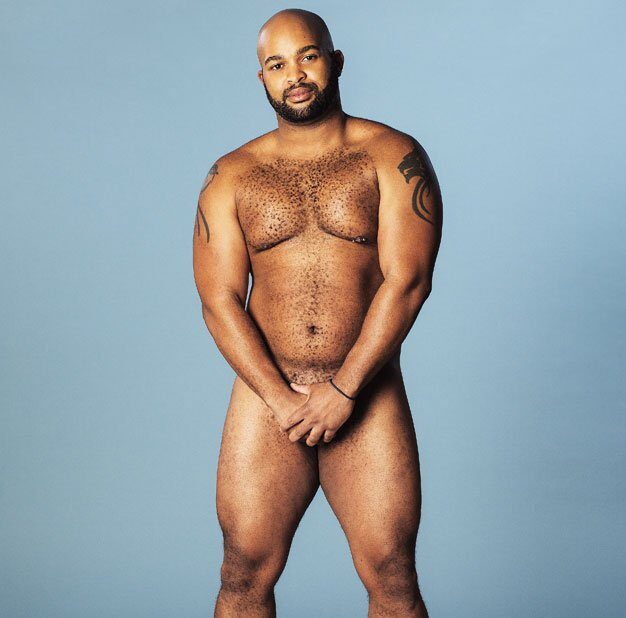 I was one of those overweight children, so a lot of my early experiences were defined by being fat, feeling unattractive and not feeling good about myself. I grew up in Scarborough, where your status was defined by your ability to “get girls.” If you could get a girl, you were cool. If you couldn’t, you were not cool, usually because of the way you looked. So that was a pretty big issue in my childhood and teenage years.

When I went away to university, I joined the McMaster cheerleading team. I wanted to try something new, but the challenge was that a lot of varsity teams required you to have previous experience. The cheerleading team was looking for guys because it allowed them to do more advanced steps. When I joined, it was so physical that I started losing weight and became interested in fitness. But because of that history of being fat and being called fat all the time, I still always second-guessed the way I looked.

Even doing this photo shoot was highly traumatic. Taking off all my clothes and being in front of people is hard because of that instinct to second-guess myself.

As I started to see more changes in my body through university, I became more and more interested in fitness. I started out as a personal trainer in 2009 for fun, and took on a few clients. It wasn’t ever something I intended to make my profession it just came about as part of my journey with my own body.

I always tell my clients to accept the realities of the holidays. This is a time when things are more social and you’re going to be eating more. Enjoy that. Don’t stress yourself out if you’re going to eat or have a few drinks at a party, but do still maintain your routines and get some exercise. It’s about balance.

I work with LGBTQ youth 29 and under through three programs at the Sherbourne Health Centre. At BQY, we talk about the experience of being black and queer in Toronto, which is unique. I also run a group called Get Out, which takes kids to do outdoor activities like rock climbing, camping and canoeing. We try to avoid doing things that are competitive the only person you have to challenge is yourself. I also run Essence, a spiritual group. A lot of youth are disconnected from communities of faith because their faith rejects their LGBTQ identity.

Being active and programs like Get Out are especially important for LGBTQ youth because they historically don’t have high activity rates. They often avoid recreational spaces because of homophobia, biphobia and transphobia, and they also don’t have positive memories of going to camp. It’s about creating positive associations with recreation and being outdoors.

We also do a lot of work with newcomer youth who haven’t had these sorts of experiences. It’s funny, because growing up in Canada, we take for granted things like the outdoors. It’s important for newcomers to connect with that part of the Canadian experience.