Addicted to the gravy train wreck

Enabling, relapsing and a man who doesn't seem to know when to quit 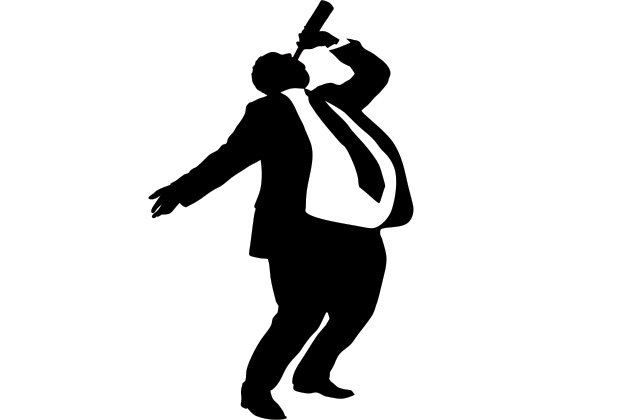 The mayor of North America’s fourth-largest city has been caught on camera smoking what appears to be crack not once, but twice. The first time Mayor Rob Ford denied it, lied about it and confessed only when police Chief Bill Blair confirmed he’d seen the video, at which point Ford said he must have smoked it in one of his “drunken stupors.”

Anyone who drinks to the point that they don’t recall what they’ve done the night before has a problem. Anyone who admits to drinking so much they can’t recall that they’ve smoked crack, well, that is a serious problem.

Now that a second tape has surfaced showing him smoking what appears to be crack, we know the first video was not an anomaly. Add to that a recent recording of an apparently drunken racist, homophobic and misogynistic rant (in vino veritas) and Ford has hit the floor beneath rock bottom.

Based on the evidence, and the fact that the word “addict” describes someone whose behaviour is out of control, compulsive and repeated despite the consequences, it seems our mayor is a textbook example.

Late Wednesday night, April 30, he released this statement: “I have a problem with alcohol and the choices I have made while under the influence. I have struggled with this for some time.” It goes on to say that he knows he needs professional help, “and is 100 per cent committed to recovery,” but the statement fails to address his drug use.

After he withdrew his application to enter the U.S. when his plane landed in Chicago last Thursday, he entered a rehab centre at an undisclosed location, possibly somewhere in Ontario.

Whether this was a political move to create a redemption narrative that might promote his re-election or a genuine recognition of his substance abuse problems, the question on everyone’s mind is, can he return to the campaign trail or his job after rehab?

“Unequivocally no,” says Dennis Long, a social worker with 35 years’ experience with addictions.

“He probably should step away from public life for a while and try to get his act together,” says the executive director of Breakaway Addiction Services.

“To think that somebody can come out of rehab after 30 days and plunge into the high-stress, highly visible work that is running for mayor … I can’t imagine that he could be successful in that kind of environment. It’s a fishbowl.”

In Long’s experience, the chances of his failing are very high. “If he comes back and decides to dive right into the campaign, within a relatively short period of time the same kind of behaviour pattern will emerge.”

According to the National Institute on Alcohol Abuse and Alcoholism, 90 per cent of alcoholics relapse, some after years of abstinence. The rate is similar for drug addiction.

Glen, who works with Alcoholics Anonymous and therefore can’t give his last name, quit drinking 20 years ago and knows the struggle well.

“I don’t drink any more, but I’m an alcoholic,” he says. “I’m always going to be an alcoholic.” He describes the cravings as overpowering and says it just takes one drink to send an alcoholic on a downward spiral.

“There are social drinkers and there are alcoholics. Once you cross that line into alcoholism, then you are going to have a craving to drink, and it’s almost impossible for you to stop on your own for any length of time.”

It’s precisely for this reason he thinks the mayor is not serious about recovering. Even though, according to Doug Ford, the mayor’s in rehab somewhere, Glen says Ford isn’t prepared to do the necessary work.

“There’s lots wrong with us besides our drinking problem,” he says. “We’ve gotta clean house.”

One study found that 79 per cent of adult substance abusers believe they’ve been emotionally abused, 43 per cent physically abused, 41 per cent sexually abused and 51 per cent neglected by their parents.

Rehab is “just the tip of the iceberg,” says Wolff, who’s been running a private addiction clinic for 13 years. “When somebody goes to rehab, they don’t come out fixed.”

According to Wolff, addiction begins as a “bogus” solution to a previous problem but soon becomes the primary problem.

“It’s one thing to get sober. The trick is staying sober to deal with all the underlying stuff.”

The real work comes after rehab, when life changes have to be made – including re-educating your friends, family and enablers. In every addict’s life there is an enabling system.

In this case, there’s Councillor Doug Ford, who stood by Rob after each embarrassing incident, continuing to say that his brother simply enjoys a few pops.

Then there’s their mother, Diane, who claims she didn’t know the severity of her son’s issues until the announcement last Wednesday.

Finally, the Fords’ sister, Kathy, herself an addict, keeps company with a person involved in the drug world who filmed the mayor allegedly smoking crack in her basement.

Wolff explains the family enabling system with a metaphor. “A fire can only survive if there’s oxygen. If the oxygen is only getting close to the fire, then the oxygen’s not responsible for the fire, but the fire can’t go on without oxygen.

“It’s unfortunate. Some of this could have possibly been avoided had they let him hit rock bottom way back.”

Meanwhile, Long says Ford’s reputation is destroyed. “He’s done immeasurable damage to himself and the city, and he continues that same behaviour. That indicates that he has a substantial problem and that it needs to be fixed,” he says.

The nature of the recovery process is that you are sober for a while, then “you screw up and you try it again, and you go for a while and there’s another screw-up, but you have to have the freedom and the respect of people around you to be able to fail and get support and keep moving.

As far as the professionals are concerned, Rob Ford is done… for now, that is, if he’s serious about recovery.

Was Ford’s family his only enabling system, or are we – the public and the media – complicit in adding fuel to the fire?

It’s possible many even wished for this fall, because the media and the masses are addicted to celebrity failures. And everyone knows scandals sell newspapers.

The mayor was flirting with disaster from the beginning, and we continued to report on every single solitary embarrassing misstep, which, to be fair, were not in short supply. It’s as if we were staring into a fire. We just couldn’t pull ourselves away from the train wreck.

Does this say something about our societal inability to confront mental illness and substance abuse? Are we perhaps more frightened of what we’ll see in ourselves upon closer inspection?

During Mental Health Week (to Sunday, May 11), perhaps it’s time to take a sobering look at ourselves before we point fingers. And remember that everyone at some point in their life will need a helping hand. This is in no way to say I support Rob Ford’s politics, but I do support people who need help, and it’s abundantly clear that he’s one of them.