All In The Timing, Four Dogs And A Bone, Theatre 20 and a look around the theatre this week 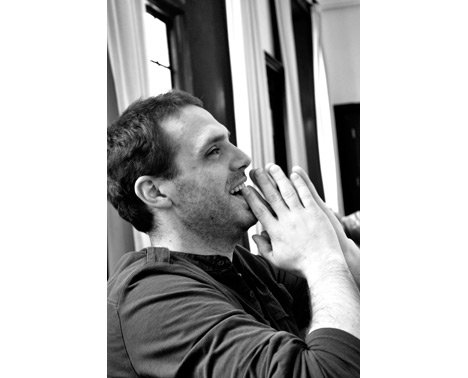 Director Jonathan Geenen is used to searching out his own theatrical venues rather than using traditional spaces.

The Canadian artist has spent much of the past several years in Shanghai where, as head of East West Theatre, he’s produced some 25 shows, most of them in unusual spaces around the city.

Back in Toronto in 2009, he applied the same hunt-and-find approach to A.R. Gurney’s The Dining Room, presented by Down N’ Out Productions. He found his venue at Campbell House Museum, and the site-specific production was so successful that the company remounted it the following year.

Now he’s helming David Ives’s All In The Timing, a collection of five short plays that will be staged in different rooms in the historic 19th century house at Queen and University.

The comic, verbally clever plays deal with chimpanzees trying to write Hamlet, men and women attempting to bond but having trouble with language, and a series of variations on the death of Leon Trotsky, who finds himself with an ice axe in his head.

“When we began looking for a script, we wanted one that spoke to us resonantly and into which we could go deeply,” says Geenen. “The material is clearly theatre of the absurd, and we’re working hard to find the nature of the comedy and not be content simply with surface entertainment.”

After working on projects like Waiting For Godot, the director knows that the simplest approach isn’t always the best.

“If you look more closely, you find that these comic characters are very aware of their various dilemmas there’s a serious note that’s part of the laughter.”

Geenen’s association with the company began when he directed The Faith Show in the 2008 Fringe. He’s happy to continue the association, since all the members of the current cast (Ben Clost, Alison Deon, Madeleine Donohue and Michael Spasevski) are, like Geenen, George Brown Theatre grads.

And what about working in Campbell House, which has also been used as a venue by DVxT Theatre and Red One Theatre?

“It’s so much easier to create a specific atmosphere when you have age working on your side,” Geenen smiles. “A space like this, which allows for an audience of 50, [delivers] an intimacy between performer and viewer and a true connection to the words.”

The performances are also part of Winterlicious, so in addition to seeing All In The Timing, audiences can book a pre-show meal.

It’s hard not to think that there’s more than a bit of autobiographical bitching and satire fuelling Four Dogs And A Bone.

Playwright John Patrick Shanley had already dealt with the Hollywood machine when writing Five Corners, Moonstruck and Joe Versus The Volcano, and the 1993 Dogs reflects some of the less savoury manipulations he witnessed – and likely was subjected to – in the film industry. (His award-winning Doubt: A Parable, wasn’t produced as a stage play and then a movie until a decade later.)

Lyric Alliance Co-op and AK-Productions’ version of Dogs, which closed last Saturday (January 21), captures the manic quality of mainstream Hollywood but at times pushes unnecessarily hard to sell the insanity.

The four hounds of the title, all barking and scrapping to get the prize, are coked-up producer Bradley (Justin Mader), ingenue Brenda (Mercedes Papalia), older actor Collette (Alberta Mayne) and Hollywood newbie Victor (T.J. Riley), an Off-Off-Broadway playwright from whom they all want something: a shorter (read cheaper-to-shoot) script, a better part or a starring role.

There’s a largeness to William MacDonald’s direction, including too many speeches presented at high volume that’s a real problem in the final scene, which is messier in the performing than in the writing.

The women come off best, especially in the scene of verbal mudslinging which ends with them agreeing on the changes the script needs. As the power shifts back and forth, we’re kept guessing who’s going to come out on top.

Papalia, whose Brenda chants to get the universe to fulfill her desires, plays various levels of wide-eyed seductiveness to ensure she gets what she wants every once in a while she drops her pose and we see the inner conniver. She even comes close to winning over Collette, who’s onto her game.

Mayne gives a note of believable desperation to the older woman, who realizes at this point in her career that if she doesn’t have a plum part in the film, she’ll forever be relegated to character performer.

In comparison, the two men come off as two-dimensional.

Clever pre-show note: the seating area of Unit 102 Theatre is marked “Extras holding,” a sign seen around town during film and TV shoots.

Musical theatre in Canada gets an injection of energy with the announcement of the first season by Theatre 20, an artist-led group whose mandate is both to develop and produce original Canadian musicals and to stage existing shows in a newly envisioned form.

The inaugural season includes the presentation of two new Canadian musicals and the production of a Stephen Sondheim classic.

First up is the Toronto premiere of Bloodless: The Trial Of Burke And Hare, by Winnipeg playwright Joseph Aragon. Colm Wilkinson (Phantom Of The Opera), one of Theatre 20’s founding members, makes his directorial debut with this tale of a pair of 19th-century Irish serial killers who sell their victims to medical schools.

It’s good to see the company looking to develop new talent from the indie community: Bloodless was a hit at the 2009 Winnipeg Fringe, a venue for Aragon’s shows during most of the past decade.

The show will be workshopped in the spring and open next October.

Theatre 20’s also collaborating with Sheridan College’s Canadian Music Theatre Project on a workshop of Raindogs, based on Lanford Wilson’s Balm In Gilead, about the prostitutes, junkies and pushers who frequent an Upper West Side greasy spoon. The show features music by Andrew MacBean (who also writes lyrics), Paul Chant and Boko Suzuki. The book is by MacBean, Rose Martula and Wilson. It was the last show Wilson worked on before his death last March.

Raindogs, previously developed in London and New York, will have public workshops here before a full production in Theatre 20’s 2013-14 season.

Other events, including a cabaret of new work by Theatre 20’s Composium members and a concert devoted to works by Canadian musical composers, are also part of the season.