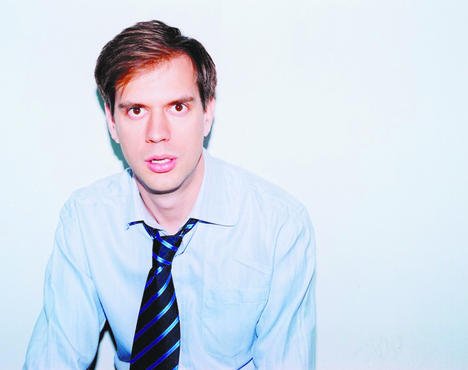 Alastair Forbes says taking the piss out of yourself is essential to comedy.

Alastair Forbes says taking the piss out of yourself is essential to comedy.

“That was a seminal moment,” says the Second City actor, who was a teen at the time. “I learned at a very young age that it could be funny to talk like a pompous ass.”

That skill has certainly worked for him – at least onstage. In a few years, he’s emerged as one of the most watchable comics around. At 6-foot-4 and 160 pounds, he stands out. And like Carrey, he knows how to twist his lanky body into amusing shapes.

“I did clown training with a troupe who’d studied at Ecole Jacques Lecoq,” he says, referring to the legendary Paris institution. “And one of the actors told me a story about doing a five-minute turn in front of the class, about 100 people from 30 different countries. He said if you could make them laugh, you could make the whole world laugh.”

Certainly Forbes made Second City audiences laugh in his inaugural mainstage outing, Dreams Really Do Come True! (And Other Lies), where he played, among other characters, a geeky guy on a first date and a Toronto bike cop wearing too-tight spandex shorts.

“The middle-aged ladies in the audience laughed the hardest at the cop,” he admits. “They’d be constantly staring at my junk.”

With that upper-crust name (no relation to Malcolm) and classic straight-man look, Forbes could be a Bay Street drone. Which works in his favour.

“My default is the high-status buffoon,” he says. “I love playing that guy who thinks he’s super-smart but everyone knows is so dumb.”

That comes from growing up in a large family and often being the butt of jokes. Like the time his sister convinced him to put Nair with suntan lotion on his legs.

“I learned at a young age to be able to take the piss out of yourself, which is so essential to comedy.”

He won’t talk much about the new show, except to say it’s darker and more satiric.

And will there be any mayor bits?

“We’ve worked on three or four Rob Ford premises, but so far nothing’s stuck,” he says. “Everyone knows he’s an idiot – so what do we do, show that he’s an idiot?”

On the favourite moments from the audience-participation Vietnam sketch from Dreams Really Do Come True! (And Other Lies):

On learning to play the didgeridoo: