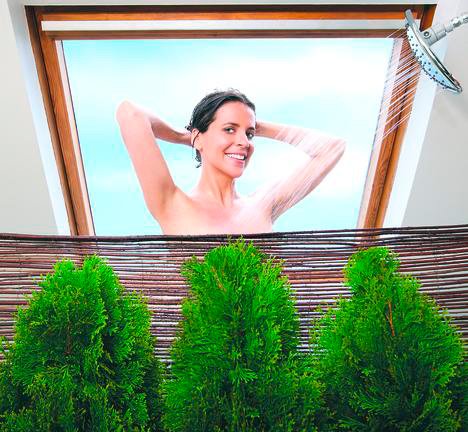 On an early April evening, I’m sitting in Adria Vasil’s east-end kitchen while she cooks me chickpea balila. But I really want to be poking through her closet.

I’m not usually such a snoopy dinner guest, but NOW’s sustainable living star is about to release a new book on the subject of greening the skin care, fashion, cosmetics and supplements we consume, and I want proof that she wears what she preaches in the clothing chapter of Ecoholic Body.

So after dinner and a bottle of biodynamic Southbrook red, we abandon our dirty dishes on the dining room table, turn off the first floor lights and climb the narrow staircase past a sleepy tomcat named Hookah to her messy bedroom closet full of locally made, upcycled and vintage duds.

“Tidiness is not my virtue,” says Vasil, who’s wearing a grey sweater-jacket by Paper People Clothing and clothing-swap-sourced second-hand jeans. Writing a third book suggests that her best quality is in fact sticking to her earth-advocating guns, even at a time when rallying readers around the eco cause isn’t as easy as it used to be. 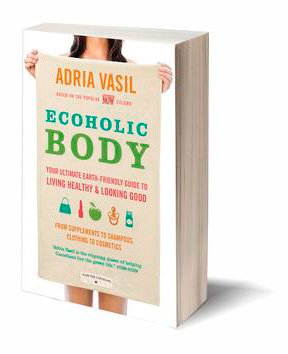 If we’re talking trends in fashion, media or public consciousness, the green movement isn’t that in at the moment. The Harper government has tricked many Canadians into believing they have to choose between ecology and the struggling economy, while consumers are frustrated by greenwashed products that promise health but deliver harmful chemicals and toxins. We’re all craving results from making earth-friendlier choices like reusable bags and compact fluorescent bulbs, but it doesn’t look like Mother Nature will be patting us on the back any time soon.

“I don’t think green is completely in the crapper,” says Vasil, citing how this year’s wacky weather and rising gasoline prices are reinvigorating people’s eco interest. “But I think that’s where the body comes in. When people get a bit of environmental big-issue fatigue, you can bring it back home and say, ‘Let’s take a more personal look at this and see how we’re involved with polluting ourselves and our kids.'”

The book, which launches with a NOW Talks event Monday at the Drake Hotel, is as personal a look at how we’re connected to the planet as you can get. While the original Ecoholic compendium, released at the peak of environmental awareness in 2007, included short sections on body, fashion and health, Ecoholic Body is 480 FSC-certified pages of product reviews, ingredient definitions, DIY recipes and boxed-out tips for living as deeply green as possible.

“There were moments writing the book when I thought, ‘Oh, is this too fluffy?'” she says, recalling the process of researching the fashion and beauty chapters. “And then I realized that for most Canadians, these are the products we use without a second thought. We’re all lugging these bodies around and taking the products we put in and on them for granted.”

While Ecoholic Body’s more style-related sections will earn it buzz on the morning talk show circuit, it’s the chapters about what’s happening inside our bodies that matter most to Vasil. She started the book as a family project, writing the health chapters first and drawing on the mega-vitamin, supplement and herbal expertise of her siblings.

But then her father had a stroke that landed him in the hospital for six months, and her brother Nick, who originally ignited the group’s green advocacy when Vasil was a teenager, passed away.

“It was a heavy period,” she says. “The book took a back seat, and the only thing that brought me back to it was doing it for my family.”

The result is ambitious in its breadth, and slightly overwhelming since it highlights the level of consumption we’ve reached. But Vasil is always careful to approach eco issues as an educator rather than a judge, including when she encounters them in her day-to-day life.

“You can invite me over to your house and I’m not going to leave you with a report on what you’re doing wrong,” says Vasil, who puts much more emphasis on the responsibility of politicians and companies than on individual consumers.

“My role is to say ‘Let’s look at our choices. And, by the way, if you feel like harassing your government about these issues, too, here’s the prime minister’s email address and phone number.'”